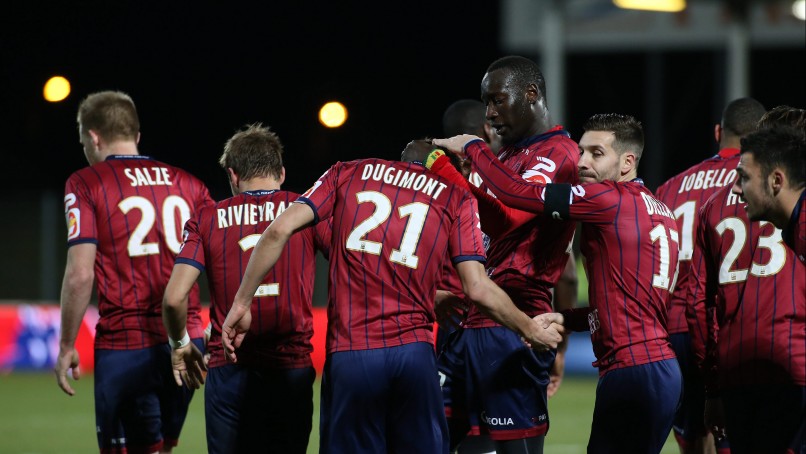 You think you should keep an eye on Ligue 2, after all Riyad Mahrez came from there, but you have neither the time nor the capacity nor the desire to watch it?

Will Gane‘s brand new weekly talking points column is for you.

Firstly, and perhaps most predictably, nothing much has changed. Despite France being awash with attacking talent and flair last month, Ligue 2 very much brought the watching public back down to earth in the opening round, with just 9 goals across all 10 games (an upgrade on last year’s 6) and a quite wonderful SIX 0-0’s. Counter attacks and end-to-end stuff was few and far between this weekend as the entrenched caution of the 2nd tier style reigned supreme. On a positive note, things can only get better.

The relegated teams will not have it easy. Not one of last year’s Ligue 1 club’s won this weekend. This is obviously a little quick of a conclusion to draw given just 3 wins were registered, though Sochaux’s win over Troyes demonstrates that this will not be a 3 horse race for the title this year.

Despite Reims being huge favourites for the title and certainly to win their opening match against newly promoted Amiens, they struggled after a 4th minute red card to ‘keeper Johann Carrasso and managed to hold on to a point in the end. Gazalec Ajaccio meanwhile played out a horrifyingly dull stalemate with a new look Brest side, as both teams were better versed in defence than attack following pre-season.

The adaptive period to the 2nd division is a tough one as Lens discovered last year, and the three teams will certainly not take anything for granted following the opening round.

3) Change is not necessarily a good thing

As is always the case, there was huge upheaval this summer across the league, with the best players going to Ligue 1 and others crossing the league to pastures new on free transfers. Bourg-en-Bresse, for example, lost 9 first team players, welcoming 11 new faces to the club.

Valenciennes however showed that overhaul is not always the way, as with just one player through the door this summer so far (Toronto FC legend Ahmed Kantari) they managed an excellent 2-0 win at home to last season’s promotion hopefuls Clermont. Goals from homegrown Mouhamadou Ndao and Nuno Da Costa helped them to victory, with the club still intent on getting by through progressing young talent.

4) Another year for Ligue 2 youth

Following on from point 3, young talent is alive and well in Ligue 2, as shown by the winning U19 France squad at the European Championships this summer. The Sochaux trio of Jerome Onguene, Marcus Thuram and Jeando Fuchs were joined by Auxerre winger Florian Aye as the only Ligue 2 representations in the squad, with Onguene featuring the most as Captain.

Further to this, French U21 regular Jean-Philippe Gbamin was pinched by Mainz, whilst the other emerging talent at Lens Wylan Cyprien transferred to Nice for just over £4m.

Lys Mousset was signed by Bournemouth for a fee in the region of £5million, and it will be intriguing to see how he fares on the biggest stage. Valenciennes forward Isaac Mbenza’s signature has been secured in the past week by Standard Liege also, in a move that will hugely benefit the Nord-Pas-de-Calais club financially.

It’s far too early to make any predictions. Although last year the top 3 stayed largely the same, Metz came under enormous pressure right until the very end from Le Havre and Red Star respectively.

This year there are probably only two obvious front-runners, though aside from that your guess is as good as mine, with several smaller teams likely to be able to break in to the top 8 or 10.

With the re-introduction of the relegation/promotion playoff at the end of the season there will be an increased clamour for the top 2 places, and the opening weekend told us very little about who will hold those spots. The league will likely be very tight again, so I’m keeping shtum about my picks for Ligue 1, at least for now.

In sum, the first week gave us little to get our teeth in to. Despite a wealth of new additions, managers and even stadiums, Ligue 2 provided probably less action than expected. Whilst I’d love to make a grandiose statement after round 1 about a team that will run away with it or the next Mahrez, surely it’s better to look forward to this Friday, and the added bonus of Coupe de la Ligue next week!