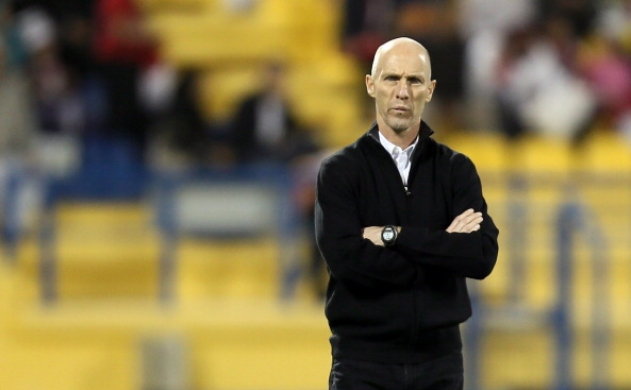 You think you should keep an eye on Ligue 2, after all Riyad Mahrez came from there, but you have neither the time nor the capacity nor the desire to watch it?

Will Gane‘s brand new weekly talking points column is for you.

5 players were dismissed over the weekend for particularly horrible challenges, with Laval and Reims now having 2 reds in as many league games. Ill discipline was a common theme last year also, so it’s good to see the red rage descending, even at this very premature stage.

No less than 8 players got into double figures for yellow cards in 15/16, and the much troubled Valenciennes left back Saliou Ciss stood in a league of his own last season with 3 dismissals. On a positive note, the red cards certainly yielded more goals in Round 2, with 18 scored this week, doubling round 1’s total.

2 | Le Havre are intent on promotion

Following a desperately disappointing climax to the last campaign, missing out of the jump to Ligue 1 on goals scored, the Normandy club have started the season excellently. They are the only team to register an 100% record having ground out two 1-0 wins over Orleans and Nimes respectively.

Much coveted coach Bob Bradley, currently being linked with Hull, has carried on from where he left off at the end of last season, where he won 16 of his 29 games in charge. With a very settled squad seeing only one key departure (Mousset to Bournemouth for €7.3M), Le Havre look comfortable for a promotion challenge and stand out with Reims as the two main contenders.

The signings of Zinedine Ferhat and Mana Dembele add further firepower to an already threatening frontline, and more goals should be expected as the seasons gets in full swing.

On the subject of goals, we were treated to an absolute feast, not just by Ligue 2 standards, of goals last night in Coupe de la Ligue, with the first round conjuring an early season cracker in Reims vs Le Havre last night at Stade Auguste Delaune.

Highly rated youngster Grejohn Kyei, also courted by Ligue 1 Rennes, got off the mark early on in his first start of the season, only for Le Havre to respond with 4 goals the hour.

The final score was 5-2 to Le Havre, a welcome sideshow to their perfect start to the league season, and this will give them a psychological advantage against their likely toughest promotion rivals, albeit against a significantly rested Reims side.

In the first round of Coupe de la Ligue last night, of the 3 National sides involved, 2 progressed. Chateauroux defeated a strong Nimes XI on penalties, while Paris FC replicated that feat against bitter city rivals and Ligue 2 promotion hopefuls Red Star, in front of a measly crowd of just 2,006.

5 out of the 11 matches last night went to penalties, which should have an interesting effect on Friday’s fixtures, given Bourg, Auxerre, Sochaux, Gazelec, Red Star and Brest all feature.

Following relegation from Ligue 1 last year in an embarrassingly bad season, Troyes have lost all 3 of their matches at the start of the 16/17 campaign, with a 2-1 reverse away at Ajaccio and a cup elimination at the hands of Laval added to their opening day home defeat to Sochaux.

New manager Jean-Louis Garcia has done little to inspire the fans that promotion back to the top tier is on the cards at this early stage, especially with their transfer activity at this point being far from shrewd.

Troyes have also conceded the most goals after 2 games (5, a large haul for Ligue 2) and look well behind Gazelec and Reims in terms of their challenge for promotion. Oddly, they face Laval once again on Friday, this time at Stade de l’Aube, and surely nothing less than a win will do as they look to rectify their terrible start.