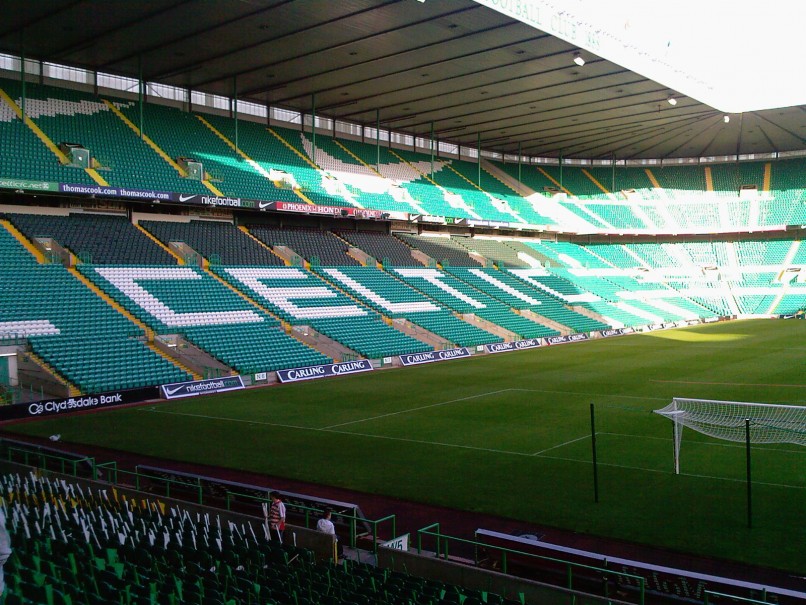 After months of uncertainty surrounding Fulham’s Moussa Dembélé’s future, he finally put all rumours to rest this week as he penned a 4-year deal at Scottish champions Celtic, joining newly appointed boss Brendan Rodgers. The 19-year-old youth French international was believed to be one of the most sought after talents in Europe with the likes of Arsenal, Liverpool & even Italian giants Juventus interested in his signature, after scoring an impressive 17 goals in all competitions for Fulham last season in the Championship alongside Ross McCormack.

Dembélé, who was out of contract at Craven Cottage told Celtic TV after sealing the move to Scottish champions:

“I’m happy to be at a massive club like Celtic and I can’t wait to start scoring goals. To be the first signing of Brendan Rodgers is unreal for me. He told me that Celtic is a good team for me. I will have game time. I obviously have to show I can stay in the team.”

Dembélé, who joined Fulham in 2012 from Paris St-Germain, started his career at the family orientated French club US Cergy Clos, which originated as US Cergy, however then merged with Clos Levallois in 1999 to become US Cergy Clos. At the time of merging, the firm was best known for its football school & talented youth, which has now shown to be true after the emergence of Dembélé.

Many have questioned whether Celtic is the correct move for Dembélé, especially after all the big named clubs that were supposedly after him. Why would Dembélé snub the chance to play in the best league in the world, which is arguably the Premier League, or in contrast, move to Italian giants Juventus where Champions League group stage football is available?

The simple answer is, playing time & development. Dembélé who is 19-years of age, turning 20 this July must be playing week-in-week-out as he was at Fulham last season. Dembélé playing in his preferred role as striker almost guarantee’s goals, as everyone saw last season, so why waste it?

In addition to this, if he is playing regularly, he will only improve. Many may argue the case, that playing for the likes of Arsenal, Liverpool or even Juventus is a one in a lifetime opportunity, however what is the use of joining these European elite clubs when one is sat on the bench for what would most likely be 70%-80% of the season?

Another major reason why Dembélé to Celtic makes great sense is because of Brendan Rodgers’s appointment as manager. Rodgers’s spell at Liverpool may not be described as one of the most successful reigns as a manager, however one fact that nobody can dispute is the reputation that he has earned in terms of promoting youth into the first team and developing them into better players.

By placing trust in Dembélé as Celtic’s key striker, Rodgers makes it clear that his philosophy will not change: on the outset, it appears to be a match made in heaven.

This is evident in terms of Rodgers’s past. Just look at the development of names such as Raheem Sterling, Jordon Ibe, Divock Origi, Jon Flanagan, Emre Can & Philippe Coutinho.

Before Rodgers took the reigns at Liverpool in 2012, Kenny Dalglish’s outfit had an average age of 26.4 and was not renowned for playing an attractive style of football.

After the ‘3 years’ in which Rodgers told the media to ‘judge me then’ his team had an average age of 23.2, which demonstrates shows how much trust Rodgers puts into the youth.

In addition to this, Rodgers may have not delivered what every Liverpool fan was hoping for, which was the the Premier League title, however they came ever so close in the 2013/14 Premier League campaign finishing 2nd, two points behind champions Manchester City.

In that particular season, the team was extremely youthful, scoring 101 league goals, the highest number of goals scored by a runner up in Premier League history. Luis Suarez was also top goal-scorer of the Premier League (31) with Steven Gerrard picking up the most assists (13).

One thing every fan that season agreed on was, the football on show could be described as energetic, fast-paced, attractive & enjoyable. These statistics would also most definitely have had a part to play in Dembélé’s choice of signing for Celtic.

Taking this all into consideration, Moussa Dembélé’s move to Celtic is no doubt the right move for his career, as well as his personal development as a player. Working under a manager such as Brendan Rodgers, Dembélé is more than likely to improve and become an even more clinical finisher in front of goal.

Arsenal, Liverpool or Juventus may be in his future plans, however Celtic is the perfect place for Moussa Dembélé right as of now. Under a new manager, playing in a new league, it will most definitely be interesting to see how Moussa Dembélé does at the Scottish champions.