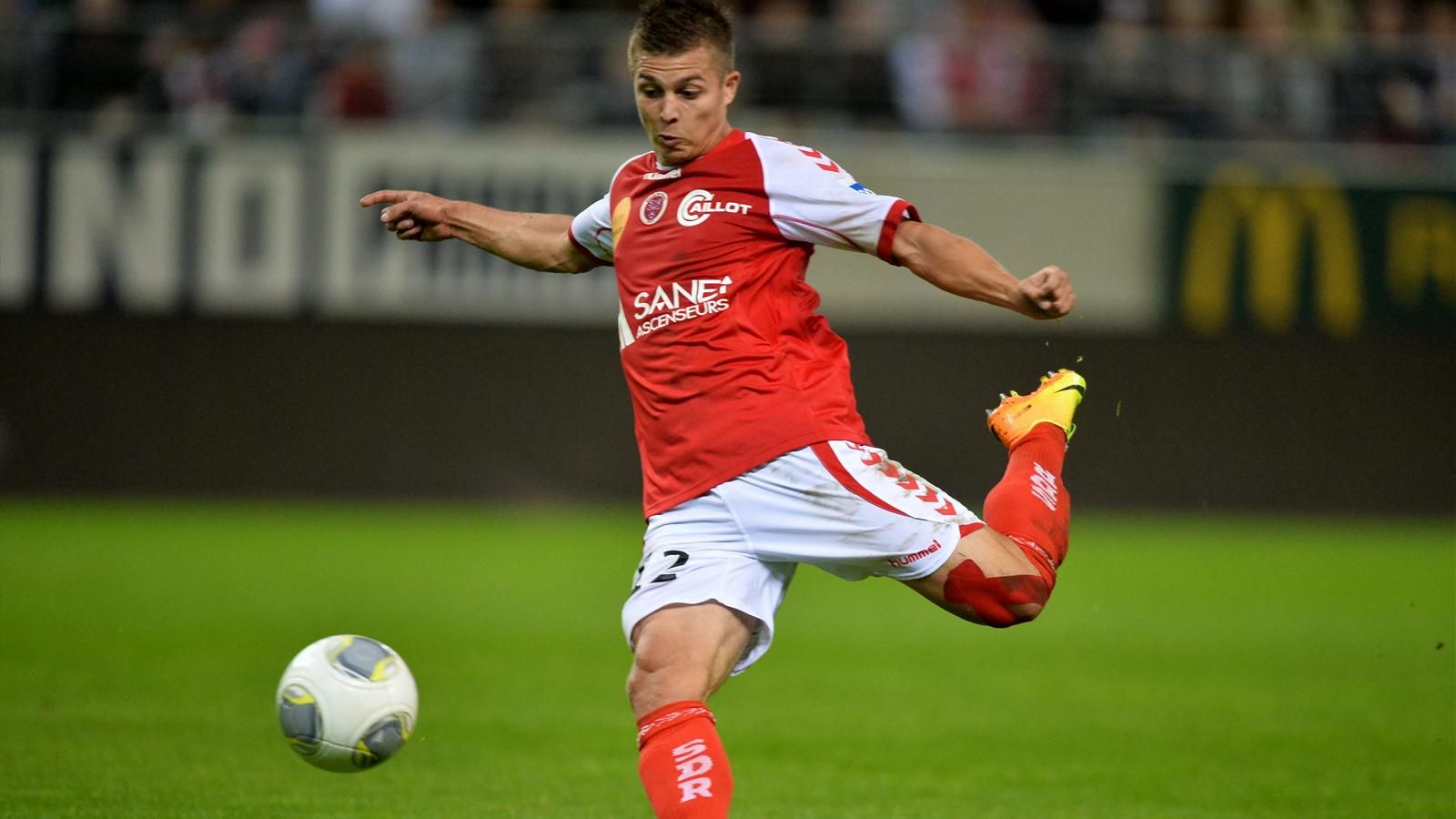 About two years ago, the editorial team at Get French Football News asked me to write a piece on Nicolas de Préville of Stade de Reims for the excellent prospects column, a series of articles that uncovers French football latest prospects before you have even heard of them.

At that point, I thought he hadn’t shown enough to have a feature about him and now that he is 23; he no longer qualifies for the column. However, his vastly improving talents this season certainly merit a closer look in their own right.

I did of course keep my eye on him since them and, as you may have already guessed, he has totally and utterly proven me wrong and I could not be happier to say that.

The argument I had against him previously was that he was not involved consistently enough in either the goals or the build-up play as a striker, nor was he showing enough technical promise to make our French elite youth ranking. Eight goals in two seasons was a testament to that but with seven strikes this season, even from a simple statistical standpoint, he is improving.

That stat might not exactly leap off the page but some of the goals absolutely should. His goal against Rennes saw him cut inside two defenders and lash home a great effort from just outside the box. Against Troyes, he latched on to a loose clearance to swiftly guide a curling strike right into the top corner.

The 25-year-old saved his best against Gazelec Ajaccio with his second of the game, bursting past two defenders before scoring a quite wonderful goal that he had no right in scoring. With only two of those seven strikes coming with an assist from another player, his ability to see when he needs to create his own chances show his maturity as a footballer.

However, it’s not his goal-scoring ability that has made me change my mind, and many others, on De Préville. It’s been his involvement as a facilitator, as a chance creator rather than a taker that has really elevated his game to the next level.

In his previous two seasons, the Frenchman managed four assists in total. In 2015/16, he has more than doubled that total (9 assists) in 35 appearances. It is a stark difference, with four of those nine coming from either a corner or a free-kick, showing that he is not restricted to the confines of the definition of mid-table Ligue 1 striker.

He has a wand of a right foot, able to create havoc with both crosses from out wide and with balls over the top either towards the height of Gaëtan Charbonnier or into space for the speed of Thievy Bifouma. His eye for a pass and his willingness to be unselfish has shown itself time and again this season and Reims have desperately required De Préville’s qualities.

De Préville is willing to put defenders on the back foot, coming at them with pace and with his good dribbling ability to glide past players. That kind of play puts most in a panic, it is a nightmare for full-backs and centre backs alike and that has also helped him to procure enough space to pick out a pass as they respect his ability to go past them with ease.

What really impresses is his work rate. He has adopted a non-stop attitude this season for 90 minutes, whether that’s in terms of pressing the back line, hanging off the last defender or even helping the rest of his team by tracking back. His tireless effort is regularly on display, shining in what is a distinctly average team that should feel blessed to have a player like him in their midst.

There should be no real illusion that if it wasn’t for De Préville, Reims would be much worse off than they are. He is a cut above the rest, willing his team on in some games and he has been a real inspiration for a side that would otherwise be seriously lacking a creative outlet.

The quality he has shown this season should really open some doors for him this summer. I think he would be an ideal player for the likes of a Bordeaux, Marseille or even Saint-Etienne as they look for that extra player in the final third. De Préville is finally showing why you should trust your editorial team’s judgement over your own!