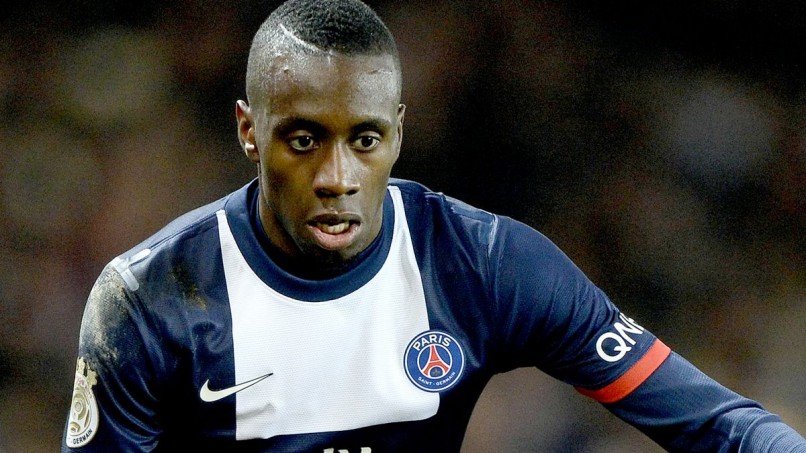 Josh Mart takes the chance to preview PSG’s trip to Stamford Bridge to face Chelsea in the UEFA Champions League round of 16 tie second leg. PSG have a slight advantage after beating Chelsea 2-1 at the Parc des Princes 3 weeks ago, but Chelsea scoring the away goal means that Laurent Blanc’s men will be under pressure to perform to their maximum this evening.

This matchup at Stamford Bridge in last year’s Champions League was embroiled in controversy as Zlatan Ibrahimovic was harshly sent off and went on to label many Chelsea players as ‘babies’. This one is bound to be full of drama and excitement this evening.

Chelsea have been in very good form in the Premier League since Guus Hiddink took over. The Blues are unbeaten in the league, and have climbed up the table significantly, after a horrendous start to the campaign which saw last year’s Premier League champion’s flirting with the relegation places for many weeks under Jose Mourinho’s tenure.

The 1-1 draw with Stoke at the weekend was not a good performance from Chelsea, as Stoke had the upper hand in terms of chances created and possession, but Hiddink’s men could be forgiven for having one eye on this match with PSG, as it is their main focus this season.

PSG have also had a few slip ups in Ligue 1 in recent weeks. The last two league matches have ended in disappointment for Les Parisiens as they lost to Lyon a and then performed poorly in a 0-0 draw with Montpellier at the Parc des Princes on Saturday.

The problem with PSG’s league position, where they sit top by a whopping 23 points, is that it is very easy to become complacent and only become interested in cup competitions such as the Champions League.

This can be hard for coach and players alike, as the transition between coasting in the league, to having to perform like champions again in games like this at Stamford Bride can be problematic. Laurent Blanc will hope his men are totally focused on the job in hand tonight.

The main concern for Chelsea is that of star striker Diego Costa who has been struggling with a tendon problem which saw him miss Saturday’s draw with Stoke. Chelsea also have doubts over Pedro and Kenedy, but the former is expected to be in the squad at the very least. Captain John Terry will miss out, alongside Zouma and Falcao, so Hiddink has a lot to ponder here.

With this in mind I expect Chelsea to lineup in a 4-2-3-1 formation, with Courtois in goals, Azpilicueta and Baba as the full backs. Cahill and Ivanovic are set to partner up once more at the heart of the Chelsea backline. Hiddink seems to love playing John Obi Mikel, and he may start again alongside Matic in the defensive midfield positions.

Willian and Hazard will start on the flanks and either Oscar or Fabregas should start in the no. 10 role, but Hiddink could play Fabregas deeper and opt to play Pedro in the attacking 3. Despite concerns over his fitness, I fully expect Diego Costa to start ahead of young star Bertrand Traoré for this crunch match.

Laurent Blanc has his own injury concerns ahead of this crucial game, with star midfielders Verratti and Matuidi both doubtful. Verratti is the major concern with Blanc stating that he is unsure whether he will make the starting lineup. Aurier is still missing due to ongoing disciplinary problems.

With this in mind, I expect PSG to lineup in a 4-3-3 formation, which will turn into a 4-5-1 when PSG are defending. Trapp will continue in goals with Thiago Silva and David Luiz are likely to start in the heart of defence, meaning Laurent Blanc has a decision to make between Van der Wiel and Marquinhos at right back whilst Maxwell is set to start at left back.

Thiago Motta is the only guaranteed starter in the PSG midfield, which will vary hugely if Verratti in particular is missing. I think that Matuidi will start and Di Maria could be moved back into the midfield 3 if Verrratti doesn’t make it. This will mean that Lucas and Cavani will flank Ibrahimovic, who will be seeking revenge after last year’s wrongdoing.

Willian (Chelsea) – In a poor season for the West London club, Willian has undoubtedly been the bright spark. He has performed excellently, even when his teammates have struggled and his goals have been crucial to getting Chelsea where they are now. PSG will have to be wary of his movement and set pieces tonight.

Cavani (PSG) – If Edinson Cavani played for almost any other top European club, he would be a certain starter, but other European clubs don’t have Zlatan Ibrahimovic as the main striker. El Matador scored the winner when these two last met, and I hope he starts and gets chance to be decisive once more.

This is a really tough match to predict as both teams will fancy their chances of progressing. A 2-1 score to the home team in the first leg is basically the perfect score for a tense, exciting second leg, as the home team tonight have the away goal which means a 1-0 Chelsea win sees them through, yet PSG have the lead and know they will be in pole position if they score.

Laurent Blanc is worried about Chelsea’s counter attacking prowess and I admit that I will be concerned for PSG if Verratti doesn’t play, as they will lose their balance in midfield. If PSG perform to their excellent best, I still fancy them to go through.

Mbaye Niang has no interest in West Brom

Dijon interested in a deal for Jean-Pierre Nsamé (Young Boys)