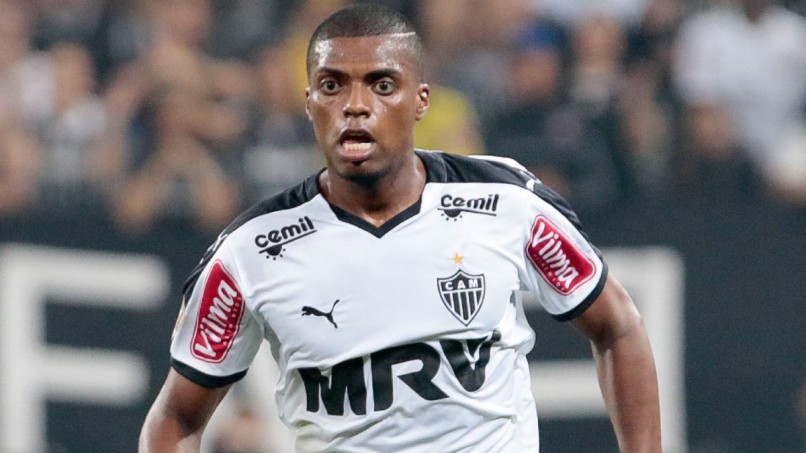 Brazilian football expert Paulo Freitas takes a look at AS Monaco’s new signing Jemerson and explains why the central defender can succeed in Europe.

Jemerson started his career at small club Confiança from Sergipe but moved to Atlético Mineiro still at youth level, he was then loaned to Democrata de Sete Lagoas. His chance at Atlético’s senior squad finally came in 2013, after shining in the Taça BH, one of the most important youth competitions in Brazil.

The defender made his senior team debut in July 2013, in a Brazilian league match against Criciúma, but he did not fully establish himself at the main squad until the 2014 season, when he also scored the first goal in his career, in a state league game against Villa Nova.

He had his breakout season in 2014, shining in the second half of the year as his club had a fairly successful campaign. Jemerson’s big test that season was the South American Recopa against Lanús. That was also his first chance to shine in an continental stage and he did not disappoint.

Thanks to his success in the Recopa, Jemerson finally established himself in the senior team, setting up the stage for him to have his most impressive season in 2015. He had a very good performance the Brazilian league, and was named the best centre-back in the competition at the end of the year.

Jemerson also earned his first Brazil call-up in November, his Seleção debut came that month in a World Cup Qualifiers game against Peru, which helped attract interest from Monaco. The transfer was finalized in January 2016 as the French league club paid €11 million to sign the young defender.

Thanks to his talent and class on the pitch, Jemerson is known among Atlético Mineiro fans as ‘Blackenbauer’. This nickname caused controversy when he was signed by Monaco, but is nicknamed like that because his quality reminded people of former German player Beckenbauer, who is widely respected in Brazil, thus the nickname is meant to praise the young defender, rather than insult him.

Jemerson’s style was best described by Jemerson himself, he once said: ‘I am fast, I have good passing, I am skillful and I have a lot of passion’. While this description might sound arrogant, it is pretty accurate. Indeed, he has plenty of qualities, and besides the ones he mentioned, he is also a disciplined player that has rarely gotten injured.

As his nickname suggests, he is technically gifted for a defender, allowing him to play safe without hoofing the ball, if needed. Jemerson is also good in the air, despite the fact he is not a tall defender. Thus, Jemerson has physical and technical qualities that have helped him quickly rise to stardom in Brazil.

Thanks to his speed, he can recover quick from any errors, and this quality is reinforced by the fact he generally has a good sense of timing and positioning as well. The young centre-back will need to further improve these qualities as well as his concentration if he is to succeed in Europe though, as the pace of football in the French league is much faster than in Brazil.

Chances of Success in Europe

Despite his young age, Jemerson has a good mentality and is aware of the fact he has to remain humble and work hard in order to fix his weaknesses, if he is to succeed in Europe. It will not be easy for him to achieve success, but he seems to be better equipped to do so than other Brazilian defenders that have moved to Europe in recent times, such as Dória.

Monaco is a good place for him to start his European career as the squad include many Portuguese-speaking players that will help ease his adaptation. The Monegasque club also has other advantages, as the pressure there is not as big as other clubs he had been linked to, and his new club have a good record of developing young players in recent times. This way, Jemerson will be able to grow at his own pace without the troubles other Brazilian players have faced in Europe.

Besides these advantages, Monaco also have a good squad and look set to qualify for the Champions League, which is an experience Jemerson must gain in order to fully establish himself at the national team as well.

His first six months at Monaco will most likely be used to adapt to the new club, country and league, so we should not expect him to reach his best level during that time. Once he is fully established at the club, it will be a matter of time for him to become one of the best defenders in the competition and attract the attention from bigger clubs.

I expect Jemerson to then become one of the best Brazilian defenders after he joins a top European club, and to get called up in a regular basis, but it remains to be seen if he can reach the level of the likes of Lúcio and Thiago Silva.