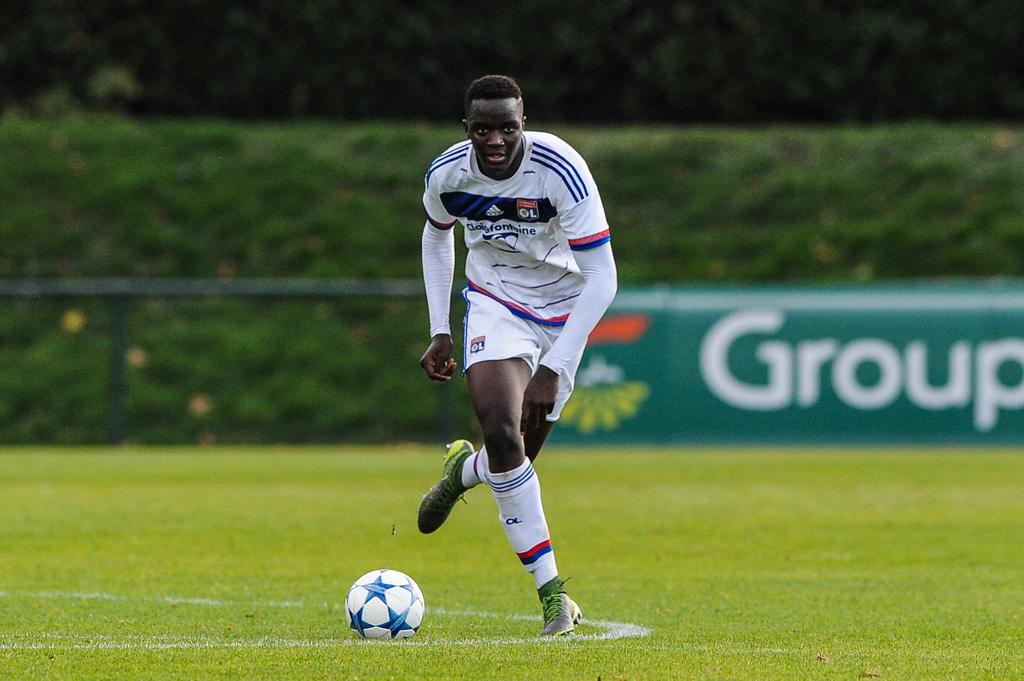 Ligue 1 has always been a breeding ground for young talent, and this season is no exception. Indeed, players such as Malang Sarr, Kylian Mbappé and Alban Lafont have already shown their talents before reaching their 18th birthdays, each becoming key pieces for young teams that have dramatically exceeded expectations.

The trio have enjoyed fine starts to the season (Mbappé while missing close to a month with a concussion) in a relatively pressure-free environment.

Monaco are in the Champions’ League, and pushing for the title, yes, but Mbappé isn’t a first-choice player for Leonardo Jardim. Toulouse had a brilliant start to the season, but have fallen away slightly, but through no fault of their young goalkeeper.

Nevertheless, Les Violets are still arguably the league’s second biggest surprise, behind Nice, for whom Sarr has been an ever-present at centre back. These three have garnered much of the attention due to their extreme precociousness, but there is another player, also at the beginning of his career, whose team has struggled by their standards.

Olympique Lyonnais have fumbled their way to fifth (with a match in hand) as of this writing, and much of that is down to a mediocre defence. Mapou Yanga-Mbiwa looks more like the player who started last season than the one that finished it in fine form and Nicolas N’Koulou, so long a brilliant and efficient presence at Marseille, seems trapped in an irreversible downward spiral.

The sales of Milan Bisevac, Lindsay Rose, Samuel Umtiti and Bakari Koné have been offset by the arrivals of N’Koulou and Emanuel Mammana, but the young Argentine has struggled with injury, offering a chance for Mouctar Diakhaby.

Born in Vendome in central France, Diakhaby, who turns 20 in December, had a somewhat unheralded rise to Lyon’s first team.

He had spent a year with Nantes, but failed to make an impact in any of France’s youth sides until moving to Lyon, in 2014. He was an integral part of Patrick Gonfalone’s team at last year’s U-19 European Championships, but failed to make the first team last year, as Lyon suffered early exits from the Champions’ League and the two cups.

This, coupled with the good form of Umtiti and Yanga-Mbiwa last season, denied him an opportunity to prove himself.

Ahead of the season, rumours swirled that he would be sent out to second-tier Bourg-en-Bresse, a surprising sign given that Lyon rarely loan players out.

His role for the current season seemed set to be as inconsequential as the one before it, despite having signed his first professional contract prior to the season’s start; Mammana, N’Koulou, Yanga-Mbiwa and Jérémy Morel seemed to give Bruno Genesio enough depth at centre back.

However, injuries and the use of new signing Maciej Rybus in a forward role meant that Morel was to be solely a left back, and the youngster got his chance, starting against Bordeaux.

Lyon lost that match, 3-1, with Maxime Gonalons getting sent off, but the youngster, who had been in action with the B team in National 2 (France’s fourth tier) just a week prior acquitted himself fairly well.

He didn’t feature again until the 1-0 loss to Juventus at the Parc OL, but in the month since, he has become a regular, with Nicolas N’Koulou dropping to the bench. Given the Cameroonian’s considerable reputation, the switch may come as somewhat of a surprise to casual observers of Ligue 1, but those who have watched Lyon closely this season will understand the distinct link between the club’s improved form and the youngster’s inclusion.

It’s not been all smooth sailing, as the youngster’s poor first touch gifted Guingamp their opener in his second league start, sending the Breton club on their way to a 3-1 win, but Lyon have taken nine points from nine domestically in the time since, conceding just two goals.

At 6 foot 3, Diakhaby is obviously at his best in the air; he is Ligue 1’s leader in clearances per match by some distance ahead of last weekend, at a remarkable 8.8 per match. This stat may seem a bit of cherry-picking, but more than just being a big unit, he is genuinely learning the nuances of the game, but besides his physical size, he has several other assets that will serve him well.

He has remarkable pace for his size, especially in recovery; when he is beaten to the ball, he doesn’t hesitate to get after the opposition, even if they are tricky wingers.

Of course, sometimes, he can be guilty of an unnecessary foul as he tries to get after more skillful players, but against bigger strikers, he has been very impressive, shackling both Eder and Bastia’s Enzo Crivelli in impressive fashion recently.

His positioning is still very much a work in progress as well, and there is some suspicion in these quarters that Jérémy Morel’s lack of attacking influence this season may be down to caution on the part of the former Marseille man about leaving the youngster too much ground to cover.

Generally used on the right side of defence in the past, as he is right-footed, he has more often been used on the left this season, leaving a necessary period of adjustment, but also allowing him a bit more freedom to play the “Umtiti role.”

His ability with the ball at his feet is not yet at the level of the Barcelona player, but much of what made Lyon so successful last season saw Yanga-Mbiwa playing a more defensive role while Umtiti got forward, but Diakhaby has shown flashes of ability in this regard, and no lack of eagerness.

In terms of his passing, his long passes and diagonal balls could use more work, but his short passing is very incisive. Despite being in a difficult situation without a lack of mentorship alongside him, (Umtiti, by comparison, had the experienced Cris and Milan Bisevac to learn from) the unassuming young man has slowly made his way on his own.

He admitted in an interview with 20 Minutes to looking up to Raphael Varane, another tall centre back whose over reliance on pace was an occasional issue at times in his development, but who has reached another level recently.

Diakhaby has yet to be capped for the U-21 side, but with the likes of Aymeric Laporte having aged out of the side, he has the opportunity to stake his place alongside the likes of Presnel Kimpembé, Abdou Diallo and Issa Diop as the team seek to qualify for 2019’s European Championships.

In the same interview with 20 Minutes, Diakhaby mentioned playing in a dozen matches as being one of his goals for the season, but he is already more than halfway there with five in the league and a further two in the league. Becoming a regular for his club is within his grasp, and he certainly has the tools to take the next step and push that trio to become a youth international.