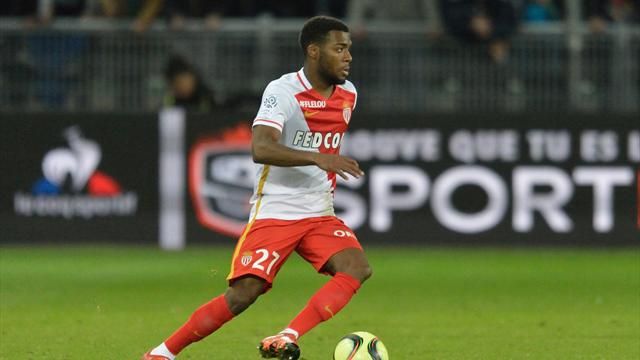 Stade Malherbe Caen’s youth system has been under the spotlight recently and for good reason, they helped nurture the sought-after N’Golo Kante who has just won the Premier League with Leicester City.

However, there is a fellow academy graduate that has been impressing Ligue 1 this season and could have just as big a future as the Foxes’ midfielder. That man would be attacking midfielder Thomas Lemar of AS Monaco.

The 20-year-old was born in Guadeloupe and joined Caen’s youth set-up in 2010 before finally being called up to the first team in 2013. He only managed seven appearances in the season that saw the club return to Ligue 1 but saw more playing time in the top division of French football, scoring once and creating four assists in 25 appearances.

That was enough to convince Monaco to sign the youngster for around 4 million Euros, which looks to have been more and more of a bargain with each day that passes. After a mass exodus of exciting talent during the summer, including Aymen Abdennour and Anthony Martial, Lemar’s capture did not bring much fanfare but he would change that very quickly as he made an immediate impact.

The midfielder scored on his debut against Toulouse with a goal that helped rescue a point for his new team. He twisted and turned away from trouble around 25 yards out before unleashing a precise strike into the bottom corner, out of the reach of goalkeeper Mauro Goicoechea.

He continued that form into his next few games, culminating in a quality performance against Lorient where he created their first goal from a corner and scored the equaliser himself. It wasn’t enough to get the win and Monaco were generally disappointing to start the season but despite that, Lemar had announced himself on the Ligue 1 stage.

An injury saw him miss a month of action, which curtailed his rise and despite not quite hitting the same heights since his return, he has still had a considerable impact on a Monaco team that has lacked a real spark in the final third that they desperately needed this season.

In fact, his manager Leonardo Jardim told beIN Sports: “He’s a player I like a lot, he has really improved and he has become an important player for us,” which goes to highlight just how crucial he has been to the club during this campaign.

Lemar’s most glaring attribute is his ability with the ball at his feet. It is sometimes almost as if he layered his boots in superglue before each game, he can pluck the ball from out the sky with great ease while also being capable of gliding past players with superb close-control.

The Frenchman also has wonderful technique, with a wide range of passing and he has even ousted João Moutinho as the club’s regular set-piece taker. He’s also versatile when it comes to different attacking positions, playing on both wings as well as behind the striker and in the centre of the midfield, showing that he’s capable of taking on any role given to him by Jardim.

He does look the most comfortable in that number ten role, where he can use more of the pitch and utilise his brain to pick up the holes in between the lines. Lemar always makes himself available to his teammates and adding that to his ability to spread play and awareness to put it into the strikers, that will be the niche that he cuts out for himself in the future once the team is more settled.

With more departures from the principality club likely in the summer, it would be wise for the club to build around a player like Thomas Lemar. He’s young and French, which are huge bonuses to add to his undoubted talent, and the performances he has put in show that he should be the cornerstone of the next generation.

Another fine season, especially if it’s injury free, and it may become too difficult for Monaco to keep him at the Stade Louis II come 2017. In a summer dominated by the European Championships, he would be wise to stay put for one more season, increase his stock and wait for the big clubs across Europe to circle.

It’s been quite a rise for the former Caen man this season and the hope is that he can continue that into the 2016/17 campaign. In a recent interview, Lemar admitted that it had even surprised him but if he can keep it up and keep his feet on the ground, he could go a long way.