Ligue 1 side PSG have sent a letter to Universal Music in an attempt to explain their displeasure at the appearance of the club’s shirts in artist M.I.A.’s latest music video for a song called “Borders”.

PSG are upset that the female rapper has altered the front of one of their away shirts, with the sponsor on the front now reading “Fly Pirates” as opposed to the usual “Fly Emirates” name emblazoned on the shirt, as you can see in the photo above.

These developments have only become public after the artist herself decided to publish the strongly-worded letter that she received from a member of PSG’s communications staff in November.

See the letter in full below, click on the images to enlarge: 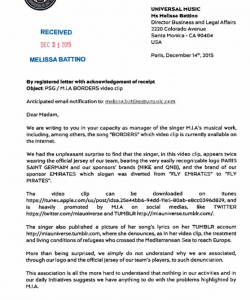 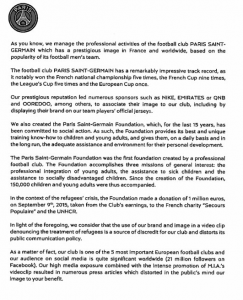 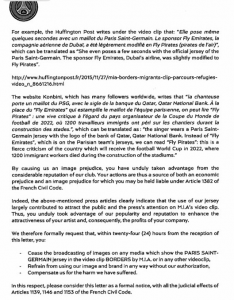 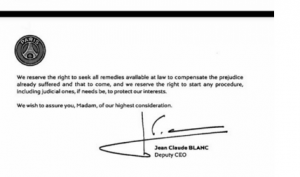 Perhaps what is even more shocking is that Jean Claude Blanc, the deputy CEO of the club and mastermind behind PSG’s operations on and off the pitch has signed off at the end of this letter.

Also it must be noted that PSG’s claim that they have won the “European Cup” once is misleading at best, having never actually won the Champions’ League, having won the UEFA Intertoto Cup in 2001 and the UEFA Cup Winners’ Cup in 1996.