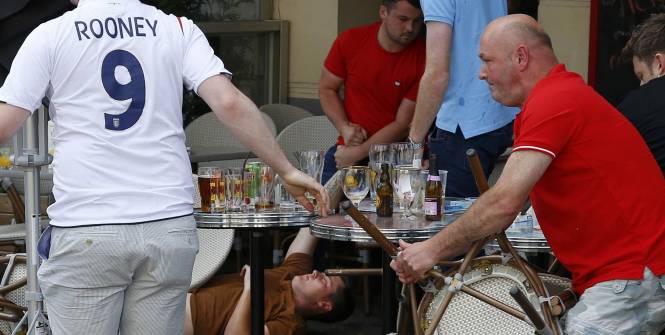 Slight clashes have broken out involving Russia fans in Lille this evening ahead of England’s upcoming match with Wales in Lens.

A small group of Russians confronted some English and Welsh fans in a bar near Lille station, chairs were thrown but the French police were quickly on the scene and neutralised the situation without any issues.

One Englishman is understood to have been arrested, according to L’Équipe.