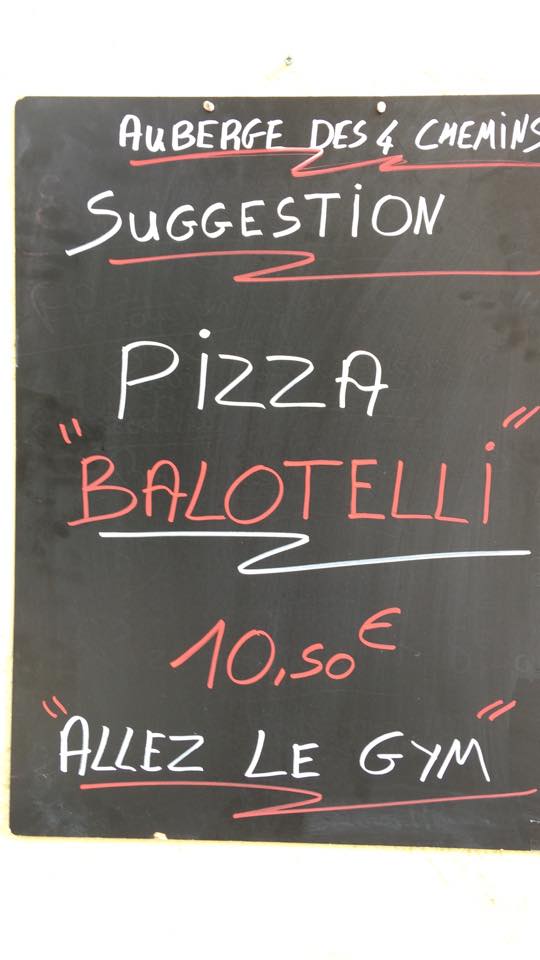 You would be excused for thinking that the headline of this article might be a joke. But it is not.

President and coach arrived first, then Balotelli pulled up in his Porsche Cayenne with Mino Raiola in the passenger’s seat, according to 20 Minutes.

The four individuals sat at a table, tucked away at the back of the bar, chatted, each ordered a coffee and then signed the contract (yes, in the restaurant) to bring Italian superstar Mario Balotelli to OGC Nice for the 2016/17 campaign.

The restaurant as a result has made a “Pizza Balotelli”, to celebrate Super Mario’s arrival at OGC Nice and their small part in the deal. The pizza has sun-dried tomatoes capers and ricotta on it, among other ingredients. The pizza is available for €10.50.

The manager of the restaurant, Bruno, hopes “that Balotelli will try the pizza” one day but is slightly worried about encountering Mino Raiola again in case he tries to sue him “for image rights” concerning the pizza.