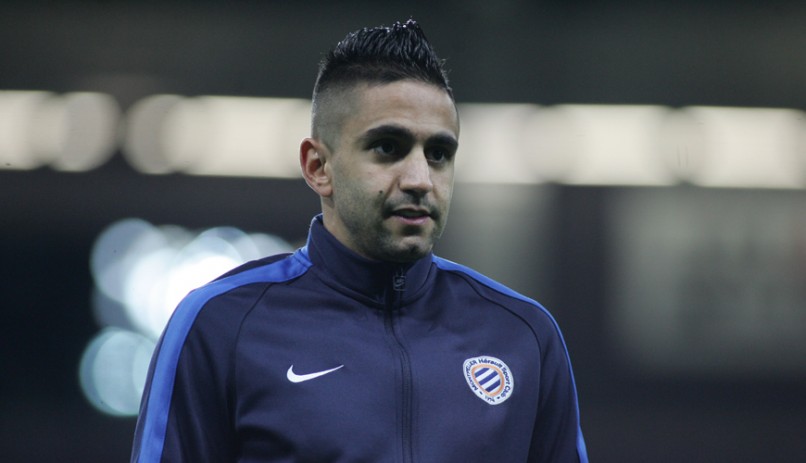 The Premier League loves pillaging talent from Ligue 1. As soon as that transfer window creeps open, they take a peek across the pond to see who’s having a decent season before throwing cash at the club’s feet to get the services of a potentially good player.

In some cases, it has worked out fantastically. In others, it has been nothing short of disastrous.

So, if you are a top-flight English side looking for some advice this upcoming January, buy Ryad Boudebouz. Find some money, give Louis Nicollin a call and purchase the 26-year-old just as he’s hitting his stride.

The French-born Algerian international has been a mainstay name in Ligue 1 for a number of years, ever since debuting for Sochaux back in the 2009/10 season. He started superbly, scoring 14 goals and creating 13 assists in his first two full seasons in the division.

A few more impressive years eventually saw him move to Bastia, where he continued to be a menace in the final third. Then in the summer of 2015, he joined Montpellier, which many saw as the move that would eventually take his impressive game to a bigger stage, which he had richly deserved.

A stellar 11 assists last campaign showed just how good he was in a team that only avoided relegation with a good run of results to end the season. With the team much improved under Frederic Hantz and other important players returning, Boudebouz has evolved into an entertaining player week in, week out.

Boudebouz has shown plenty of quality all season long but the real statement of intent came in his two-goal performance against Marseille. The maestro seemed to be everywhere, looking forward at any opportunity to either create or score himself while never looking like he would give the ball away or waste possession.

His first was simple, leaving a subtle dummy that allowed Steven Mounie to burst through the opposition’s back line before seeing his effort parried by Yohann Pelé. However, Boudebouz had kept up with play and with no one in his way, the attacking midfielder simply slotted the ball home from close range.

A few moments later and he almost set up Morgan Sanson for the second with a delightfully cushioned header. Not renowned for his ability in the air, Boudebouz still rose well in front of larger Marseille defenders and would have given his side another had Sanson not been denied by the upright.

He then started and finished his second, playing the ball out wide to Souleymane Camara before continuing his run into the box. The winger found him in the box and Boudebouz took one touch to bring it down before volleying it with an effortless ease beyond Pele.

It was masterful, especially in the first half when Montpellier were really humming. They were like a symphony in motion, moving around Marseille at will and Boudebouz was the conductor of a wonderful performance.

He has become a real talisman, scoring six goals and creating two assists in just 11 appearances so far this season. Even after the team lost Casimir Ninga to a knee injury, Montpellier have not missed a beat and that is in no small part because of the form of this man.

So why should he move to the Premier League? Well, there are clear comparisons to another excellent export to the British Isles, namely one Dimitri Payet.

Another real creator that can conjure up moments of magic, Payet has been a revelation for West Ham United. With a wonderful right boot that can ping corners in from everywhere and the ability to find that little pass where others cannot, he has become incredibly valuable to a team that needed that extra push, even if this season has been less successful.

To say Boudebouz is a budget Payet might be a little harsh, he has earned the right to be out of that kind of shadow, but the comparisons are alarming. A later bloomer who has had a few consistency issues in the past but there’s no doubting the talent, the willingness to find a teammate and the ability from set pieces to be a real menace.

Add to that the 3.3 key passes per game and the 3.1 dribbles per game he makes and the comparison is complete. A talented player willing to go past people, find the right pass or cross or even go it alone if needs be, Boudebouz would add some real attacking flair for those who are willing to seek it.

There is never a sure-fire thing in football, there is always a risk when buying a player but you should always buy when stock is high and Boudebouz’s has never been higher. Take a chance on a magician, give him the free reign he is afforded in Ligue 1 and watch him transform your attack.