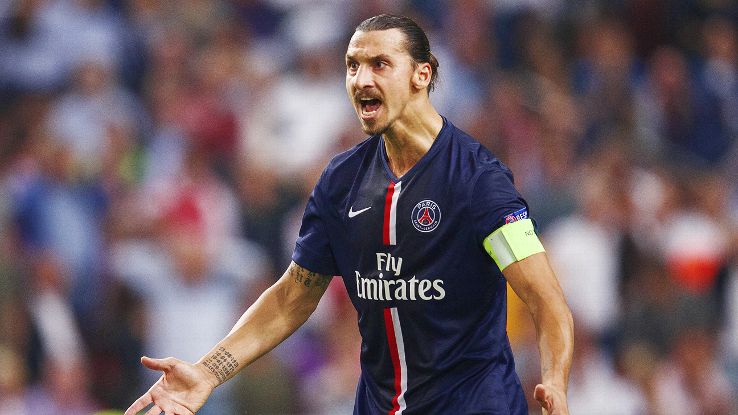 As the dust settles on Zlatan Ibrahimovic’s career in Paris, rather than eulogize his lack of success in European football, as many have done GFFN seeks to analyze what, if any, benefit has come to the league as a result of his four seasons in Paris.

Admittedly, Ibrahimovic was just one of several high profile arrivals in the time since Qatari investment started, but it was his transfer from AC Milan that truly jump-started the club’s intent to be a true European superpower.

The season before the Swede’s arrival, the club had spent heavily, recording a net spend of nearly €100M, but aside from the promising but unproven Javier Pastore and the veteran Thiago Motta, most of the arrivals were along the lines of what clubs such as Lyon and Marseille would purchase.

Kevin Gameiro, Blaise Matuidi and Milan Bisevac were fine Ligue 1 players, but weren’t exactly statements of intent. A raft of veteran players arrived as well, but the likes of Diego Lugano, Alex and Maxwell were, while more than capable, likewise never likely to get the tongues wagging.

However, the summer of 2012 changed the global perception of Paris Saint-Germain emphatically, and Ibrahimovic was the biggest part of that.

Thiago Silva and Ezequiel Lavezzi were exciting players in the prime of their careers; most would count the Brazilian as one of the world’s top centre backs, but Ibrahimovic, despite his failure to conform to the demands of Pep Guardiola, was in a class apart.

At the time, the duopoly of Lionel Messi and Cristiano Ronaldo were inarguably world football’s two best, but aside from perhaps Andres Iniesta, there was no other figure in the game who commanded as much respect as Ibrahimovic, nor as much sheer global recognition.

In a way, this was a first for French football. There had certainly been stars that emerged from the league, including Zinedine Zidane, Didier Drogba and others, but they and others tended to have established their reputations after leaving French clubs for greener pastures.

Even Lyon’s brilliant teams generally functioned as just that; as sublime as Juninho’s free kicks could be and as brilliant a ‘keeper as Gregory Coupet was, OL were more about a cohesive whole, Jean-Michel Aulas’ model of turning players over as method of sustainability as important as any one manager or player.

But, in Ibrahimovic, PSG and Ligue 1 had successfully recruited one of the world’s most outspoken players, who readily courted controversy but also thrived on the pitch, both as matter of his supreme confidence.

That first season, 2012-13, wasn’t without its hiccups, as Paris Saint-Germain didn’t win until their fourth match of the season and were eliminated in the quarterfinals in both domestic cups, including in the Coupe de France against lowly Evian, an occasion marked by a missed penalty from the big Swede.

However, the league was won at a canter, and a spirited display against Barcelona in the Champions’ League quarterfinals, including a dramatic two-all draw at the Parc des Princes, hinted at what the club could become.

Success in Europe wasn’t as forthcoming, as injuries, suspensions and narrow margins saw the club eliminated at the quarterfinal stage of the Champions’ League in each of the last three seasons.

Even with those inauspicious results, the way that the club stood toe-to-toe with Real Madrid during this year’s group stage was impressive indeed, the confident Ibrahimovic’s attitude inspiring his teammates against one of Europe’s historic giants.

Detractors may point to last year’s rash tackle against Chelsea in the Round of 16, and to a disappearing act (at least from open play) against Manchester City this year, but it is important to take a holistic view  of the competition, decided as it so often is on the finest of margins.

Beyond the media attention Ibrahimovic attracted, his play on the pitch, though sometimes sublimated by his histrionics was also remarkable. The league’s leading scorer in three of his four seasons, Ibrahimovic blended physicality and artistry in a way that had never been seen in Ligue 1.

The top flight of French football has seen its fair share of talented players, but star strikers such as Carlos Bianchi, Bernard Lacombe and Jean-Pierre Papin had tended to be of a piece, diminutive men who relied on their craft to boost their goal totals. Ibrahimovic had the same deftness of touch as that trio, but, combined with his 6′ 5″ frame, and with a system geared toward his talents, he flourished.

That last point shouldn’t be undervalued, either. Despite playing at some of Europe’s top teams before arriving in Paris, Ibrahimovic was always regarded as a talented individual but one unwilling to submit to the team-first philosophy of Mourinho’s Inter or Guardiola’s Barcelona.

At Paris, however, the system was geared towards Ibrahimovic’s talents, the striker surrounded by speedy technical players and grafting midfielders to minimize his responsibilities aside from scoring goals.

He arguably had a similar situation during his last year at AC Milan, but lacked a supporting cast of the quality of the likes of Blaise Matuidi, Lucas Moura, Thiago Silva, etc. Paris Saint-Germain knew what they had in Ibrahimovic and set the side up to wring the best from France’s first global superstar.

Admittedly, Ibrahimovic’s time in Paris wasn’t without incident, including his histrionics after a loss to Bordeaux last season and several on-pitch clashes.

There were also persistent rumours that he forced out sporting director Leonardo and used his influence to surround good friends Thiago Silva and Maxwell with fellow Portuguese speakers, namely Marquinhos, Alex and David Luiz, despite other players being potentially better options.

The forced exits of the likes of Mamadou Sakho and Christophe Jallet may have rankled in some quarters, but the success of the club soon silenced any doubters.

Controversial to the last, Ibrahimovic capped this season, the club’s most authoritatively successful in the league, by suggesting that if the club wanted to keep him, they could replace the Eiffel Tower with a statue of him.

Rumours have swirled about who will replace Ibrahimovic at the club, with players linked ranging from Antoine Griezmann to Alexandre Lacazette, as well as another similarly self-absorbed superstar in Real Madrid’s Cristiano Ronaldo.

One of that trio or another player (Robert Lewandowski, Romelu Lukaku?) certainly has the potential to replace Ibrahimovic’s goals, but there is no replacing the way that the big Swede changed the game in France.

While some will lament a genuine lack of a title challenge aside from Lyon last year, the rest of the league has generally prospered, with bigger TV contracts being awarded and the league continuing to make inroads abroad, a prospect that looked far from a certainty prior to the Qatari takeover.

As the Ibrahimovic road show prepares to leave town, love him or hate him, football in France has undoubtedly benefited from his presence.