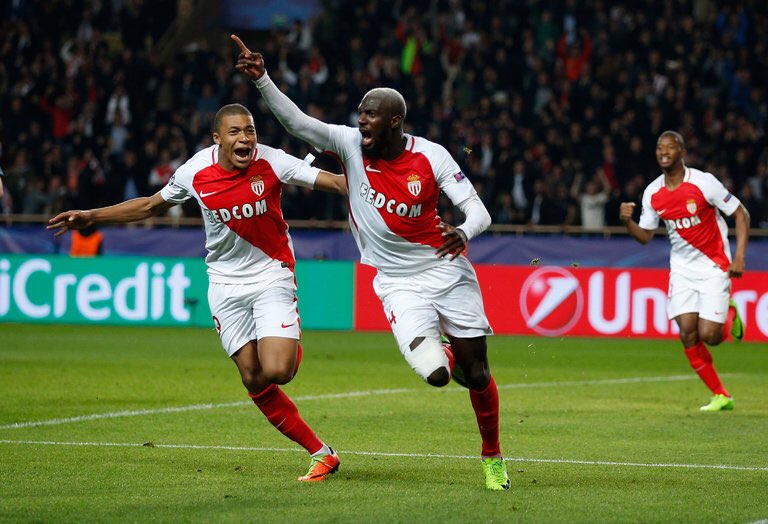 In the week that has passed since Paris Saint-Germain’s momentous loss to Barcelona in the Champions’ League, much has been bandied about regarding the state of football in France. From Ligue 1’s selling culture to the influence of foreign investment, from the importance of academies, to the league’s coefficient, analysis of the state of the game has been in no short supply.

What has been largely left alone, though, is the state of the national team. Les Bleus reached the final of Euro 2016 despite a makeshift, injury-weakened defence, a pair of ancient full backs and a tactically unsound midfield, and have started qualification for Russia in fine form, but might the fine performances of Monaco give its nascent aspirations greater shape in the next five years or so?

Today’s squad announcement for the national team had a heavy Monaco flavour, and deservedly so. The biggest development was the inclusion of youngster Kylian Mbappé. The youngster may have only turned eighteen, but his place in the squad is fully merited, and offers great potential as a foil to Antoine Griezmann.

Griezmann, it can fairly be stated, is not only France’s most potent attacking threat, but also does his best work in tandem with another striker, and in the last set of matches, Kévin Gameiro filled that role. Gameiro has continued to be in good form for Atletico Madrid and his energy has been impressive, but will be 31 by the time the next World Cup rolls around, a somewhat uncomfortable age for a player whose style is so reliant on his pace.

Mbappé does not offer the same aerial threat as the former Lorient man, and there is also something to be said for the continuity that Griezmann and Gameiro can foster by being teammates for both club and country.

However, the youngster has similarly demonstrated his ability to work off of a more orthodox striker by partnering Falcao and Valère Germain with his club, making his eventual inclusion into Didier Deschamps’ starting eleven all but inevitable.

In midfield, Thomas Lemar had already been called up by Deschamps, but his form has now made him part of a core of players whose being part of the squad must seem like a given. Dimitri Payet still has credit in the bank from his performances last summer, but his form this season, as well as his petulant departure from West Ham, mean that Lemar is probably more deserving of a starting role.

Too, the former Caen player has displayed improved tactical versatility this season, a thing of no small importance looking towards a national squad. Able to play in central midfield, as a playmaker or on the right wing, Lemar’s creativity, dribbling ability and free kick taking are already the equal of Payet’s, but without the ego.

His delivery yesterday for Tiemoué Bakayoko’s goal to make it 3-1 and put Monaco ahead of Manchester City on away goals was sumptuous, and not altogether uncommon from the little midfielder.

Benjamin Mendy has been kicking around France’s various youth teams for quite some time, but the development of Layvin Kurzawa and Lucas Digne had him on the periphery of the senior side. There were also, beyond the form of other players, doubts about Mendy’s defensive abilities. His pace, physicality and prowess crossing the ball were never questioned, but his defensive positioning and tackling were, as Mendy had been no stranger to the referee’s notebook during his time at Marseille.

He had impressed more often with Monaco this season, notably against Tottenham in the Champions’ League, but a needless dismissal against Lyon in the league hinted at a player whose impetuous nature could still get the best of him. He has continued to improve in 2017, though, to the point where he has become the most consistent of Leonardo Jardim’s back four.

Digne struggling for playing time at Barcelona and Kurzawa just struggling at Paris Saint-Germain, Mendy deserves to start, and could realistically seal his place as France’s first-choice left back going forward with a strong pair of performances next week.

Djibril Sidibé has also been called into action, and looks set to be first choice for Les Bleus this week, but the former Lille player is still a bit of a risk defensively, despite the danger he presents going forward. Indeed, he may not even be the best right back on his club side, taking into account the impressive performances of youngster Almamy Touré. Born in Mali, he, like Sidibé, is a big, powerful player, reliant on pace, but also prone to the odd defensive error or bit of defensive indiscipline.

This season, though, has seen a marked improvement in Touré’s form; he is yet to be booked in any competition this season, and looks an increasingly complete player. While he lacks the ability to deliver a cross on the level of Mendy, he more than makes up for it with his directness, something France have lacked with Bacary Sagna in recent years.

Still to attain French citizenship, but apparently keen to play for the country, a debut with the U-21s seems the logical step, but Deschamps has shown little reluctance to bring younger players into the fold, something that may work strongly in Touré’s favor in the coming years.

Another player who didn’t get the call this week, to the surprise of some, is midfielder Tiemoué Bakayoko. The former Rennes player, also eligible for the Ivory Coast, has struggled slightly with injury in the past month or so, but was imperious on Wednesday, scoring a fine goal and, while not quite on the level of his midfield partner Fabinho, did much to control the match. Bakayoko’s career in Ligue 1 has been injury-pocked, but now that he has less competition for his place in midfield, with Jérémy Toulalan moving on and João Moutinho dropping to the bench, he has blossomed.

While not quite the bundle of energy that Blaise Matuidi is, Bakayoko does look the Paris Saint-Germain player’s heir apparent, at least in terms of a place in the 23-man squad. Going forward, there will be plenty of competition in a midfield that also includes N’Golo Kanté, Paul Pogba, Adrien Rabiot and Corentin Tolisso.

However, Matuidi is 30 this year and already starting to show signs of slowing down, to say nothing of his lack of tactical versatility, so cruelly exposed last summer during his poor attempt at playing in a double pivot.

Thus, Monaco’s young squad, so impressive this season, looks set to continue a recent rich vein of form for France, even if, as many fear, some of them do depart for pastures greener this summer.

There will surely be some hand-wringing if these players do leave, but one would do well to remember that the team have already overcome the losses of Anthony Martial, James Rodriguez and Geoffrey Kondogbia in recent years, without missing a beat. Younger players not previously expected to play important roles have been drafted into the side and performed well, with Lemar perhaps the prime example, and in his footsteps there is more to come.

Goalkeepers Paul Nardi and Loic Badiashile have youth caps with France already, as do central defender Abdou Diallo and the attacking trio of Corentin Jean, Allan Saint-Maximin and Irvin Cardona. Being given chances at a young age has rapidly accelerated the development of much of Monaco’s current first team, and this crop of players is well-positioned to be a part of that continuum.

Thus, while the financial realities of modern football may seem to knock Monaco down a peg this summer, their bold investment in youth will continue to pay dividends for the club and France for the foreseeable future.

Antoine Griezmann: “For me to leave, there has to be an offer.”