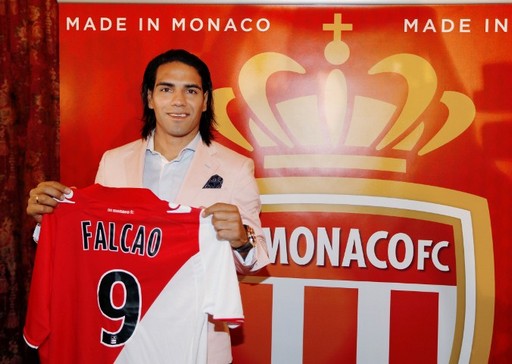 A strong start with a draw away to RB Leipzig, Monaco’s attention now turns to their first home game of their Champions League campaign against FC Porto.

The Portuguese giants got off to a bad start against Besiktas two weeks ago but with an 100% record domestically so far this season, they are not to be taken lightly.

With the Ligue 1 champions itching to maintain their strong home form, they will be fully aware that the visitors may already be in do-or-die mode in such a tightly contested group.

Thomas Lemar returns to the squad having missed the trip to Germany, with the French international coming on in the final few minutes of the club’s 4-0 win over Lille on Friday evening.

Keita Balde also has made the trip having missed the action at the weekend but Danjiel Subasic remains sidelined. Terence Kongolo failed to pass fit for the game while Gabriel Boschilia is still recovering from a long-term knee injury.

Porto have been worried about the fitness of Brazilian youngster Otavio, who has been limited in training over the past week but has made the trip to France.

Manager Sergio Conceição will have an intimate knowledge of Monaco, having played against them twice last season as the boss of Ligue 1 side Nantes. The game also marks the return of two former Porto stalwarts in Radamel Falcao and João Moutinho, with the latter revealing the club still mean a lot to him ahead of the game.

Radamel Falcao (AS Monaco) – Even though we try to switch up the name here each week, you simply cannot ignore the irrepressible Colombian at the moment.

11 goals in seven games is striking enough but when that comes from 12 shots on target, it’s staggering. Radamel Falcao has returned to the deadly form that plenty in the away stand this evening will only be all too familiar with.

Many might still claim that the forward’s numbers are inflated in an “inferior” league or against weaker opponents but those that have watched him to start the season know that the predatory instinct is back with abundance. Porto will leave him unattended at their peril.

Vincent Aboubakar (FC Porto) – A man formed in Ligue 1 with Lorient, French fans will already be familiar with the bustling Cameroon international and the danger he possesses.

Having spent a year on loan at Besiktas last season, which even saw him end up in their dressing room in their opening Champions League fixture, Vincent Aboubakar has returned to the Estádio do Dragão in electric form. Six goals in seven games puts him second in the Liga NOS standings and he looks to finally be hitting the heights many expected of him back in Britany.

His temperament is still a bit of a worry and he has shown he can drift away from games in the past but he can also be a real nuisance. If he plays to his potential, he could be a real handful for Kamil Glik and Jemerson to deal with.

Both have made excellent starts to their domestic season and Conceição’s knowledge can only be beneficial but the only time he met Monaco while at Les Canaris, they were thumped 4-0.

That’s not a knock on him but looking at results against other big sides in Ligue 1 and that tends to be where he struggled. Although Porto have been strong defensively in the Liga NOS, they were a little suspect at times against Besiktas and were punished.

Monaco are admittedly more clinical than the Turkish outfit and that will see them over the line. Porto will make it competitive for the first 45 minutes but eventually, the Monegasque’s quality will shine through in the end.