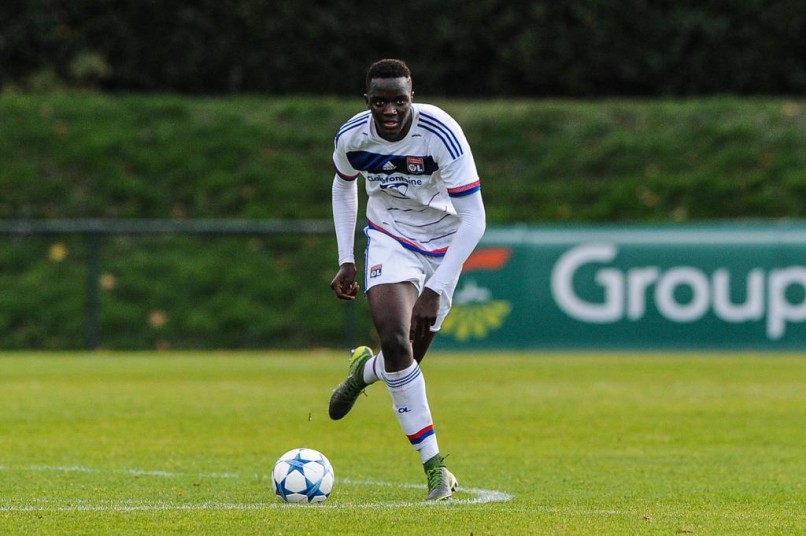 Lyon travel to Amsterdam with a real chance at making something of their season. After elimination from the Champions’ League and a string of frustrating losses in the league, Bruno Génésio could yet save his job with a European title. Ajax’s attacking prowess makes them a dangerous proposition, but Lyon were hardly favorites against Roma, either, and managed to get past the vaunted Italian side as well. Injuries and a tricky fixture against Nantes between legs make this a delicate balance, but Lyon, even in a tough position, should have enough to at least keep the tie alive ahead of next Thursday’s reverse fixture, if not give themselves the advantage.

Ajax, meanwhile, have endured a frustrating season. They were hammered away at Russian side Rostov to be eliminated in the Champions’ League play-off round, and were also knocked of their domestic cup early doors, losing to second division side Cambuur. The league title also looks gone, with the team in second place and four points behind Feyenoord with only two matches remaining.

The thinking has been that with the departure of manager Frank de Boer and a raft of key players (Jasper Cillessen, Arkadiusz Milik and Mike van der Hoorn) the team was simply too inexperienced to achieve anything meaningful. That has been borne out to some degree, but the team have also improved as the season has progressed, and even with a likely back four with an average age of 19, Ajax have managed to beat both Copenhagen and Schalke in this competition. Like Lyon, they have earned their place at this stage and should be taken seriously.

Ajax play (unsurprisingly, as a Dutch side) a 4-3-3, and have been receiving contributions from a variety of attacking players this season. Lasse Schone, the defensive midfielder is the veteran of the side at thirty, but alongside him, both Davy Klassen and Hakim Ziyech, a summer arrival from Twente have been hugely influential.

With twenty assists and twenty goals between them in the league, they are very bit the attacking equal of a player like Lyon’s Corentin Tolisso, even if their styles aren’t the same. In attack, young Kasper Dolberg has been a revelation this season at centre forward, but Chelsea loanee Bertrand Traoré has also caught the eye, scoring eleven goals in all competitions between the right wing and centre forward.

With Traoré’s pace and ability on the ball, there has been some suggestion that he could start at striker, with youngster Justin Kluivert coming in on the right. Kluivert, son of a certain Patrick, is an intriguing prospect, and his being something of an unknown could make him an attractive option for manager Peter Bosz given his ability on the ball would give Ajax three strong dribblers with Traoré and left wing Amin Younes. In defense, Bosz will miss the suspended Joel Veltman and Nick Viergever, leaving him with a likely back four of Jairo Riedewald (20), Matthijs de Ligt (17), Davinson Sanchez (20) and Kenny Tete (21).

All four are full internationals, but de Ligt might do well to forget his debut, an embarrassing loss to Bulgaria that saw him removed at the interval.

Lyon are also missing key players for this encounter, but rather than suspension, their absences are through injury. Alexandre Lacazette was forced off at the end of regular time against Besiktas, and hasn’t featured since then. He has made the trip to Amsterdam, but is unlikely to feature; a cameo in this match or against Nantes at the weekend seems a better bet, slowly regaining his fitness before starting the return leg Thursday at the Parc OL. Corentin Tolisso had also been a source of consternation for Génésio after coming off late on against Angers, but all indications are that he should be fit from the start.

In for Lacazette in OL’s 4-2-3-1 will likely be Nabil Fékir, who has impressed at times in this tournament, and could view this match as an opportunity to silence his critics as he continues what has been a sluggish recovery from an ACL injury suffered early last season.

Tolisso should be used off Fékir, with Valbuena and Maxwel Cornet on the flanks, and Maxime Gonalons and Lucas Tousart playing in central midfield. Jérémy Morel has quietly had a fine season, fighting off the arrival of Polish international Maciej Rybus, and he will start here, with Mouctar Diakhaby and one of Nicolas N’Koulou or Mapou Yanga-Mbiwa partnering him. At right back, Génésio has a choice to make, and should opt for the more defensively sound Christophe Jallet over Rafael, the Brazilian’s positioning and discipline perhaps being too much of a liability for a match of this magnitude.

After being one of the stars of January’s Africa Cup of Nations, the Chelsea loanee has turned his attention back to club football with a vengeance. Two goals and three assists have impressed in Europe, but more than raw numbers, Traoré’s incredible combination of self-confidence and ability on the ball make him a real handful. A winger unafraid to have a shot, he has sometimes been accused of being selfish, but more often than not, his ability warrants that attitude.

Despite only recording two assists and missing the two matches against AZ Alkmaar through injury, Valbuena has been the unquestioned leader of Lyon through this competition. OL’s performances in the Europa League have allowed them to save some face after an underwhelming first half of the season, and Valbuena’s story is similarly one of redemption. After struggling with injury and off-field distractions last season, Valbuena has been a real spark for Lyon this season, and with his international career seemingly over, this represents a real chance to add to a trophy cabinet that’s been neglected for the last five years.