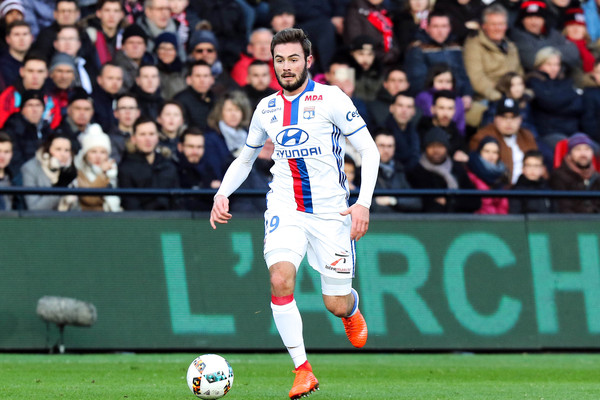 Thanks to some shocking goalkeeping and a determined performance from Corentin Tolisso, Lyon earned a 2-1 win in the first leg of their Europa League quarterfinal against Besiktas last Thursday. The story, however, was not on the pitch, where Lyon rode their luck, looking shaky at set pieces but managing to take a slender lead through the grace of Anthony Lopes.

Rather, it was in the stands, as Besiktas supporters threw objects at and fought with Lyon fans, delaying the kick-off close to an hour. UEFA fined both teams €100,000 and added a two-year suspended ban yesterday, offering a firm condemnation not only of the behaviour of the Turkish club’s fans, but also of Lyon’s organization and security protocols. This was another black eye on the Parc OL administration after security had failed to prevent PSG’s fans from doing considerable damage to the ground a fortnight prior.

Lyon’s travails hardly ended there, though, as the club’s trip to Bastia was marred by more violence, with members of the crowd coming onto the pitch to attack the visiting players. Sanctions from that match are forthcoming, but needless to say, this has been a tumultuous period for Lyon, who will also be disappointed to have lost to Lorient in the league the previous weekend.

Finally able to take some of their frustrations out on the pitch, they should be raring to go, having rested several of their key players for the trip. Besiktas haven’t played since last Thursday, which has offered a good opportunity for injured players to return. As the hosts need to score, this should be a far more open affair; with neither team hugely impressive in defence, this tie will surely come down to who can offer better finishing, as Besiktas may rue their missed opportunities in the first leg.

Ricardo Quaresma’s career has often been dogged by accusations of not living up to his potential, and those have some weight given he has played much of his later career in Turkey rather than at clubs as illustrious as Barcelona or Inter Milan, where he has spent time as well, failing to make much of an impression. Nevertheless, the Portuguese international is still, even at 33, capable of moments of brilliance, and will be a real threat, coming in on the right side of Senol Günes’ 4-2-3-1. Ryan Babel should switch back to the left, with Talisca and Cenk Tosun keeping their places in attacking midfield and at centre forward.

In central defence, Marcelo, whose height was a huge threat from set pieces in the first leg, will be sorely missed through suspension, but the Croatian veteran Dusko Tosic should look more comfortable in his stead, having been forced to play at left back in the previous leg. Former Barcelona player Adriano will resume his normal role at left back, with the experienced Turkish international Gökhan Gönül retaining his place on the opposite flank. In central midfield, Oguzhan Ozyakup will partner the lanky Atiba Hutchinson, the latter’s range of passing and ability on the ball having been key to much of what Besiktas got right in the first leg.

For Lyon, several key players (Alexandre Lacazette, Mathieu Valbuena, Corentin Tolisso) didn’t even make the trip to Corsica, meaning that they will be, again, well-rested for this encounter. With Rafael suspended and Emanuel Mammana still injured, the defence should be the same four that finished the match at the Parc OL, with Mapou Yanga-Mbiwa coming in for the young Argentine, Jérémy Morel on the left, Christophe Jallet on the right and Mouctar Diakhaby partnering the former Roma man.

In midfield, Maxime Gonalons is back from suspension, and with Lucas Tousart in good nick, Bruno Génésio may opt for a 4-3-3 with the captain sitting in front of the defence and Tolisso and the youngster playing centrally. Tolisso could alternatively be pushed further forward to play as a second striker, giving him an opportunity to use his unique combination of aerial ability and dribbling to complement the finishing of Lacazette.

Whether a 4-2-3-1 or a 4-3-3, Valbuena will come in on the left side of attack after another superb match in the first leg, but Génésio must decide among Nabil Fékir, Maxwel Cornet or Rachid Ghezzal on the right. Ghezzal was unimpressive from the off, Fékir still looks half-fit, meaning Cornet, at just 20 years old, could get the start, Génésio relying on his pace and bravado to trouble Adriano.

It may seem an easy out to but the Benfica loanee back in this space, but his free kick taking was superb, and Lyon struggled badly to clear the ball. He had few opportunities to shoot on goal, but was able to combine with Ryan Babel for Besiktas’ opener on a tricky dead ball routine early in the first half. Talisca isn’t the best in possession, but with Quaresma back in, there will be less creative onus on him, and he could profit from that additional freedom.

Scorer of Lyon’s equalizer and also unlucky to see a shot crash off the post late on, Tolisso was imperious at the Parc OL, and should be even more effective in the return leg. With Maxime Gonalons back in the team after serving a one-match ban, Tolisso will have little to do in defence, and his physicality and inventiveness should be the difference in seeing Lyon through.