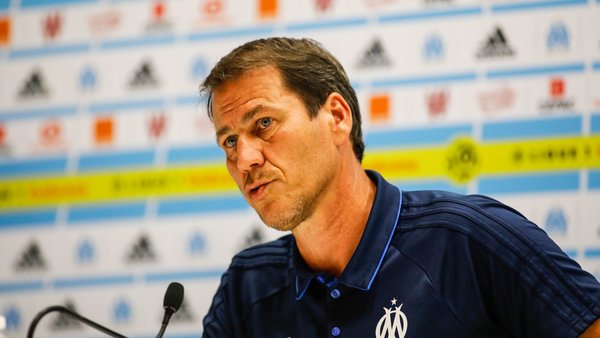 Marseille’s final hurdle on their path to reach the Europa League group stages are Slovenian side NK Domzale. Domzale are relatively unknown opposition, yet OM fans won’t be intimidated by their 4th place domestic finish in last season’s Slovenian PrvaLiga. However, Marseille must not follow Glasgow Rangers example, another club with a massive following who bowed out earlier in Europe to Progres Niedekorn, who came 4th in their respective Luxembourg National Division.

In hindsight, cups may be more suited to Domzale, who proudly won their domestic cup last season. Domzale almost made it to the Europa League Group Stages last season, but succumbed to Marseille star man Dimitri Payet’s then club West Ham United in the second leg, therefore Marseille may have cause for concern. Domzale’s previous round victory at the hands of Bundesliga side Freiburg shocked many, and Rudi Garcia’s man will have certainly taken note of their impressive exploits.

Marseille are a team high on confidence, having won two out of two Ligue 1 matches so far in these early stages of the season. L’OM’s attacking strengths largely dominated pre-season previews, yet serious credit is due to Marseille’s defence, who have kept three clean sheets in their last three competitive fixtures.

A sturdy, experienced backline will more than likely be at hand again, which suggests complacency should be no issue especially following the comfortable previous round victory against underdogs KV Oostende. Les Olympiens’ transfer dealings have largely lived up to expectations so far and have adjusted very quickly, especially in the attacking department. Another area which Marseille are defying expectations are within squad’s depth, with Rudi Garcia’s substitutions something to look out for, proving to be reliable and inspired.

This first leg tie won’t be played at Domzale’s tiny ground, and will instead be played in the Slovenian capital Ljubljana’s Stozice Stadium, which may also suit L’OM. Despite being without star man Dimitri Payet, this is a fixture fans would have been relieved to have drawn knowing his unavailability, and Marseille should realistically be looking to leave Slovenia with all 3 points.

As mentioned, Marseille’s impressive substitutions mean that the starting line-up is getting harder to predict by the week. Marseille’s opening Ligue 1 fixture saw Clinton N’Jie forcing himself into contention with a brave header and a wonderfully determined run for his second to change the game. L’OM left it late in Nantes, but it was Lucas Ocampos appearance from the bench which maintained Marseille’s 100% record. Both could well have earned their spot in the first team for this fixture.

Cameroonian Andre-Frank Zambo Anguissa was a surprising starter for the game away at Nantes, starting at the expense of Morgan Sanson. Sanson and Gustavo have seemed to develop a balanced partnership in central midfield, therefore this decision could be tough for Garcia. Remy Cabella may return to the starting XI should Garcia want to attack Domzale from the off, especially due to the unavailability of star man Dimitri Payet through injury. Valerie Germain has undoubtedly been one of Ligue 1’s best acquisitions so far this summer already, and will look to build on his early season confidence by starting in Slovenia on his own up front.

Ibricic sealed the Slovenians spot in the Europa League play off stage with a 55th minute penalty kick against Freiburg, and his experience could well be significant to maintaining Domzale’s streak in the competition. The 31 year old Bosnian attacking midfielder’s CV has boasted a wealth of clubs spanning Europe and even a spell in Iran. Having played for Lokomotiv Moskow and achieved 44 appearences for his country, Ibricic recently moved to Domzale from fellow Slovenian side Fc Koper. Ibricic also scored from the spot in this year’s first qualifying round, and Marseille will need to be wary of his tall 6’1 frame lurking around the edge of the box.

A favourite for the star man section so far this season, Germain has been a revelation for Marseille since joining from AS Monaco. Monaco won’t mind of course due to having wonderkid Kylian Mbappe and recent hat-trick hero Falcao in their ranks, yet Germain is out to prove that he’s not far off both.

Despite not yet scoring in Ligue 1 yet for Les Olympiens, his movement and general team play within attacking moves have been excellent, with exceptional awareness of his team-mates. Germain is of course predominantly the reason Marseille have reached this play-off, with a first leg hat-trick in the previous round against tricky Belgian side KV Oostende booking their place for this encounter. On current form, he may well go one better and fire his boyhood club to the group stages.