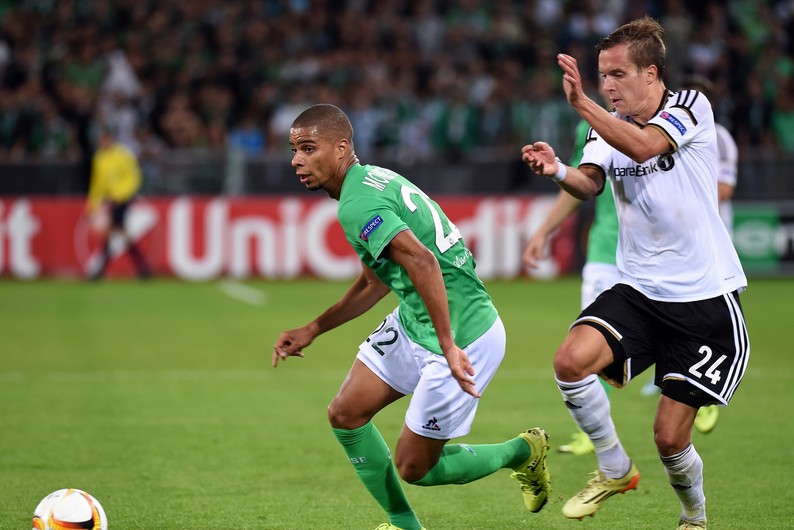 After a comprehensive 3-0 victory last week at Old Trafford, Manchester United already have one foot into the last 16 of the Europa League despite a good showing from Saint Étienne. Last Thursday’s victory for the Premier League side essentially put this tie to rest but that wasn’t without Les Verts putting up a spirited effort and coming close on multiple occasions. All the game needed was an away goal to add a bit of spice to the second leg, but unfortunately for ASSE, it may just be out of reach.

Both Manchester United and Saint Étienne went through different fortunes this past weekend, with United defeating Blackburn Rovers in the FA Cup to advance into the quarter finals where they’ll face top of the Premier League side Chelsea in a bid to retain their FA Cup crown. With the upcoming League Cup final on Sunday against Southampton, it may be that we see a few changes to the Red Devils’ line up.

As for Christophe Galtier’s side, they are in need for a win following their past two results, the first of which of course being the reverse leg to this game, but on Sunday they fell to a 2-1 away defeat to Montpellier, with Jorginho getting sent off in the process. A third loss in a row would not do any good for squad confidence, and this may be the opportunity to pick up a win with an expected weak side from the English side.

With the game essentially wrapped up for Jose Mourinho’s side, it’s expected that Mourinho will rest a few players especially with the EFL Cup this Sunday at Wembley Stadium against Southampton. Ander Herrera will miss the second leg due to suspension after picking up a yellow card in Manchester, however Luke Shaw, Wayne Rooney and Phil Jones have all been left out of the 20-man-squad, whilst hat-trick hero Zlatan Ibrahimovic travels.

Christophe Galtier will likely field a fairly strong line up for this one, with his side looking to put a bit of gloss over what could be an extremely disappointing score line. Galtier suggested in his press conference that the same XI from Old Trafford will start in the Stade Geoffrey-Guichard, and that could actually make the game interesting, especially if Les Verts can grab an early goal.

Of course it seems that this tie could be dead in the water but all it needs is the Guichard to be rocking with it’s infamous atmosphere and an early Saint Étienne goal to test the nerves of the United players.
Key Men:

The winger was dangerous in attack last Thursday and proved to be the most dangerous attacker for Les Verts, and if he can keep in the same vain on Wednesday evening, he could be vital to a shock comeback.

The Frenchman got the better of his brother Florentin Pogba and may play a part this Wednesday evening. After coming off the bench on Sunday against Blackburn, Mourinho may want to start Pogba as almost an emergency player if it all goes wrong for United.

With a cup final on the horizon for United, I could see them resting some of their star players in preparation, which could actually be the boost Saint Étienne need to take the game to them. However, as much as a comeback would be amazing, I find it unlikely to happen.