Exclusive | Sylvain Deslandes: “Football is like a religion here.” 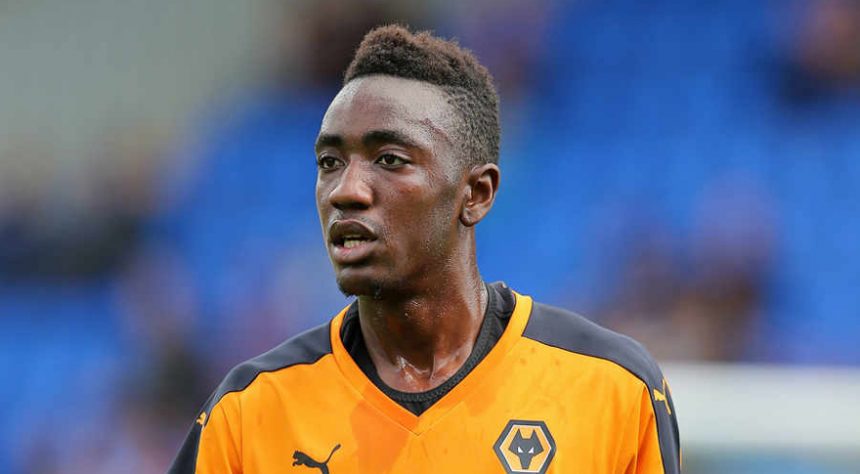 Wolves’ French prospect Sylvain Deslandes spoke exclusively to Get French Football News on a number of topics including his decision to move to England so early on in his career.

This interview was conducted before transfer deadline day, and thus Sylvain Deslandes’ loan move to League One side Bury, where the Frenchman will remain until the end of the current campaign. There is no option to buy included in the deal.

Was it a difficult thing to move to England so early on in your career (at the age of 17)?

When one considers that my dream was to play in England, I handled it quite well. As soon as the opportunity presented itself to me I took it, because it was England, what I wanted.

Did you not struggle to adapt to the culture, the language?

No, not really. I was more delighted to discover a new culture and a new language, because the English language has quite an important standing in the world and the culture of English football is something that all footballers want to discover. I am lucky to have the chance to discover it.

Especially the Championship, which is at the height of the culture of English football.

Exactly, it is truly English football in its totality. There are not necessarily stars here but the fans are always present, for all of the teams, and that is very pleasant.

Having played a few Championship matches, what do you think about the level there?

I think that the Championship is very much an under-estimated league. Notably in France, because in terms of level I think it is equal to Ligue 1, maybe even better if you take away PSG, Monaco and perhaps Lyon.

Yes, especially because there a big teams in it this time around.

Yes, there are big teams, like this year with Newcastle, there is Brighton who this season are quite consistent and are currently (at the time of writing) top of the league I think. Aside from that, there are teams like Leeds, who are a very good team, and Norwich too who went down. It is truly a very good league with very good teams.

Who are your football inspirations?

Personally, in football I do not have a lot of inspirations. I try not to copy one player more than another. There are players who I think it is important to learn from, but I think the most important thing is to have your own style. In my position, left-back, the player that inspires me the most, even though I am not trying to copy him, is Eric Abidal.

Today a player that I am enjoying watching in my position is Marcelo. It is important to learn from them because they are playing at a very high level, especially for a young player like me.

Yes of course, I am working every day to reach that level and I am convinced that work pays off. I am young, I am only 19, and it will come little by little.

Having played a match with the France U20s in August, are you hoping to soon make the step up to the France U21s?

I have always considered the national team as a bonus, as in I have never told myself that I want to be in the French national team, for me the most important thing is my performances for my club, to play well, to express myself with my club.

Aside from that, it is the French national team after all. I have not told myself that I must be at one competition or another, the most important thing is to perform with my club.

Do you want to spend your entire career in England, or might you wish to return to France?

Honestly, since I arrived in England, I was nicely surprised by the entire environment, and today I can very well see myself having my entire career in England because I feel good here, I have family here now. I am not against a return to France but today I feel very good in England.

Despite this, are you still following Ligue 1?

Yes, I watch it from time to time when I am at home.

Do you regret not having played in Ligue 1?

I have no regrets concerning not having played in Ligue 1, nor do I have regrets for not playing in France, because it is like that, my desire was to come to play in England and so I did not have a chance to play in France. It is not as if I had the chance to play there. If I had to do it again, I would come back to England without a doubt.

The big difference is the fan culture no?

Exactly, it is really of great importance in England. We truly have many fans who follow us every weekend, who come sometimes to training, who are present on social media and who send us lots of messages: they are there for us, contrary to the attitude in France where football does not hold the same importance.

Football is passed down from generation to generation, it is like a religion here. That is the big difference between the Championship and Ligue 1. In the stadiums, at the weekend, you can easily find 28,000 to 30,000 fans in a stadium with a 30,000 capacity, whilst in France it is closer to 15,000, maybe less. So it is truly something important here, fans really have their rightful place.

And the Premier League?

The English are true fans of football, which means that generally speaking when you turn the TV on, you will see people talking about football. I know the Premier League by heart, I know the players, I know the environment. As it is also an aim of mine, it is important to know what could eventually be waiting for me.

As a player arriving in England at a young age, what do you think about English teams who take foreign young players as opposed to English players?

I think that it is an opportunity for those who are coming to England, because they will discover a new culture, a new language, probably for me the most wonderful football in Europe, with a lot of passion, desire and love on the part of the fans. That is a good thing.

But aside from that you have to be ready, to be capable to adapt to a new culture and language, because not everyone is capable of doing that.

And what are your thoughts on the style of play in England?

The style of play is more direct. There are many more duels, you are more engaged everywhere. Each league has its own technicalities – you can say that Ligue 1 is more physical, whilst the Spanish league is more technical.

Alexandre Lacazette: “I think that this summer I will need a change.”