FEATURE | A Meteoric Rise – from the French 5th division to Barcelona’s most expensive signing ever in 2 years: Ousmane Dembélé 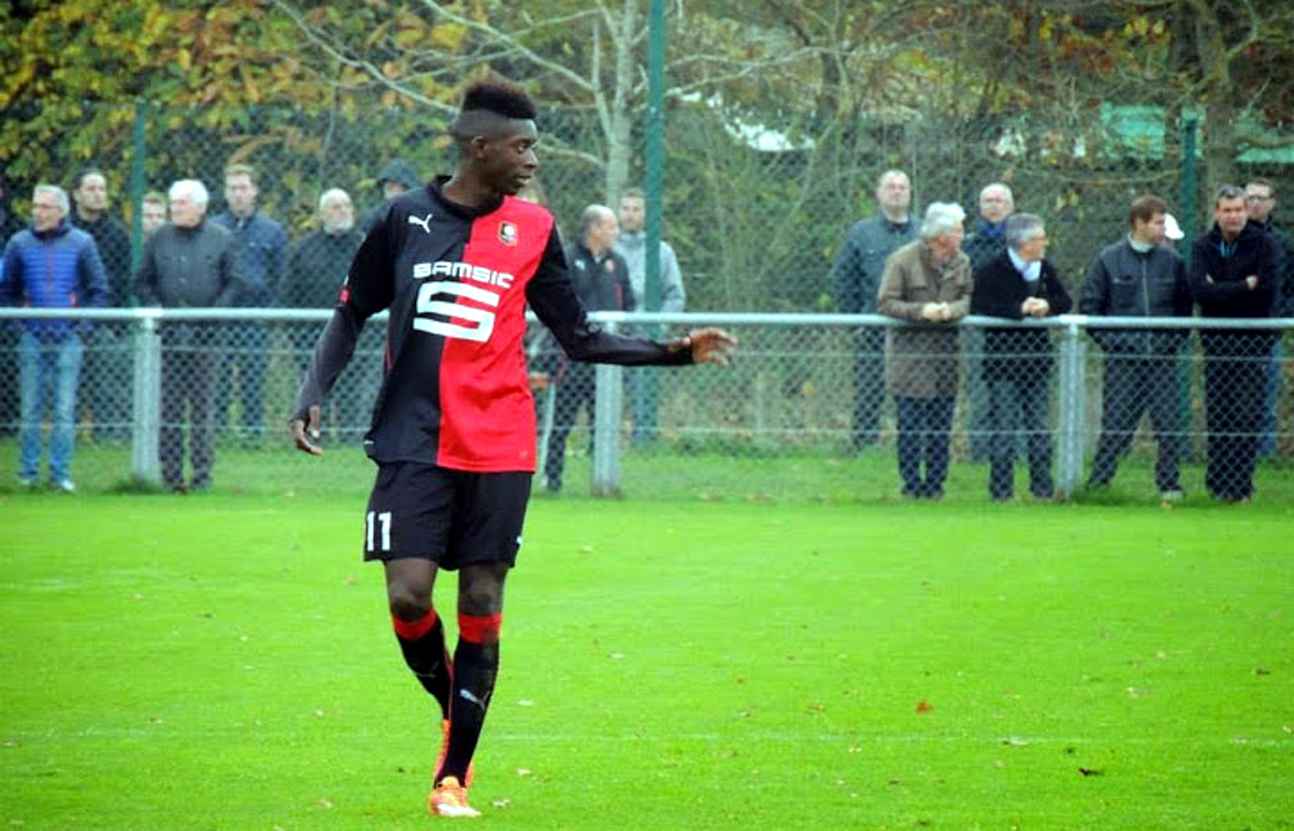 In two years, Ousmane Dembélé has gone from Rennais obscurity to the second most expensive player of all time. On Friday it was confirmed that ‘Dembouz’ will join Spanish giants Barcelona for a reported fee of €105m, plus a supposed €40m in add-ons. With such a large fee involved, you would be forgiven for assuming that this represents the apotheosis of his career. Yet, the young French sensation is still only 20 years of age. ‘Meteoric’ doesn’t quite do justice to the speed of his assent.

Despite the fee involved, it is his dream move. At the height of the furore generated by his stunning breakout season in 2016, he admitted as much to beINSPORTS, citing Neymar and Messi as players he looks up to and seeks to emulate in his own game. Now, just over a year later, he is tasked with replacing one of them; the Normand who will replace the Samba superstar.

His arrival at his dream club could not come at a more difficult time. Barcelona are a ship caught in turbulent waters, reeling from the storm that engulfed them following Neymar’s sensational move to Paris. The club have not covered themselves in glory. From threats claiming they will report PSG for breach of Financial Fair Play, to more recent events that have seen the club look to sue Neymar for more than €8m for breach of contract, the club appear rudderless, and mutiny has been hinted from both within and without. Even Neymar himself has not kept quiet, saying last week that the board “shouldn’t be in charge of Barca. Barca deserve much better, and everyone knows this.”

Added to this cocktail of uncertainty is the belief that Dembélé has President Bartomeu’s hopes of retaining his position at the Nou Camp pinned to the back of his shirt. Amid the fury that has accompanied Neymar’s departure and the subsequent arrival of the much derided Paulinho, Bartomeu has desperately sought to emphasise the role he has played in making this deal happen. For Dembélé, this will see him walk straight into the crossfire of Barcelona’s internal strife. Under these abnormal circumstances, the French forward will look to make his mark.

Yet Dembélé is no ordinary young talent. Even transfer controversy, despite his tender years, is something to which he is already accustomed. His own contribution to the whirlwind of chaos at Barcelona, going AWOL at the first sight of a bid from the Catalan giants, was not the first time his off-field negotiations have taken a turn for the indecorous.

His first professional contract and subsequent dealings regarding his Rennes departure were not without their own difficulties; a compensation claim was made earlier this year by two of his former agents, Badou Sambagué and Martial Kodjia, following accusations that they were pushed out by Rennes and then excluded by Dortmund in the final contract agreed for the youngster’s €15m move.

As outlined by L’Équipe earlier this year, the signing of Dembélé’s first contract was subsequently revoked due to the small release clause of €5m, with the club insisting that Dembélé sign with another agent, Moussa Sissoko, ahead of any future transfer dealings. Despite resigning with Kodjia before entering negotiations with Dortmund, the agents were both excluded from the final agreement. Much of Dembélé’s professional career so far, it appears, has been dogged by issues of contract and transfer controversy.

On the field, however, things have always been much clearer for Ousmane Dembélé. Despite those off-field contentions and ensuing tumult at Barcelona, one thing remains constant – his undoubted ability as a professional footballer. The French international was always touted as a kid with bundles of talent. At 13 he was invited by Yannick Menu to join Rennes’ eminent youth academy, where he excelled.

Playing for sides above age consistently, it wasn’t long before coaching staff were pressing coach Philippe Montanier to give Ousmane his first shot at elite level. But despite the exhortations of Menu and others, Montanier met them with the same response- he was “trop frêle” (too frail).

But soon it reached a point where he could demur no longer, as Dembélé took the French fifth tier by storm with the second team. He made his Ligue 1 debut in October 2015, going on to score 12 goals, lay-on five assists and then scoop Young Player of the Year. To top it all off, he etched his name into Rennais folklore by scoring a hat-trick against arch-rivals Nantes.

His close control, smooth dribbling and raw pace soon saw lyricals being waxed not only in France but across Europe. Mikael Silvestre, the former Manchester United defender and then Sporting Director at Rennes, unashamedly compared him to former teammate Cristiano Ronaldo. “Ousmane has the same characteristics” he said, “which remind me of Cristiano.”

Both footed, and most importantly productive in front of goal and in wide areas, the suitors all came calling, including Manchester United, Bayern Munich and even Barcelona. But it was Dortmund who nabbed his signature, securing the highly coveted youngster for €15m.

If there is evidence that Dembélé has what it takes to up his game and step into the shoes of a talismanic figure at a club, then it can be found at Signal Iduna Park. The departure of Henrikh Mkhitaryan in the summer of 2016 left a gaping hole in Westphalia. The then Manchester United-bound player had set the Bundesliga alight with his creativity and goal scoring exploits, netting 12 goals and laying on 15 assists, a return that secured him the Player of the Year award in Germany. His replacement was Dembouz, the young French forward who had only made, at that point, just 26 senior appearances.

“What he has given us so far, the expression of his immense talent, we did not expect, could not expect,” beamed Thomas Tuchel following Dembélé’s electric start to life in the Bundesliga. It was quickly evident that the youngster was going to step up to the mark, chipping in with six goals and 12 assists, whilst forming a terrific partnership with potent goal-scorer Pierre-Emerick Aubameyang. He won Rookie of the Year for the second consecutive season in a different country, firmly establishing himself in the national set-up along the way.

The challenge for the former Rennes forward at Barcelona raises the bar considerably higher. The fee is a huge weight to bear on his shoulders, even if it is the result of an inflated market, triggered by the vast sums splashed in Paris. He now has to go one better than Mkhitaryan and prove that he can fill the boots of one of the world’s finest ever talents at one of the world’s most demanding clubs, at a time when the knives have been sharpened for a target to whom he is inextricably linked. But if there was one player who is capable of quickly adapting to the pressures of a new elite environment, with the talent to match, it would be Ousmane Dembélé.