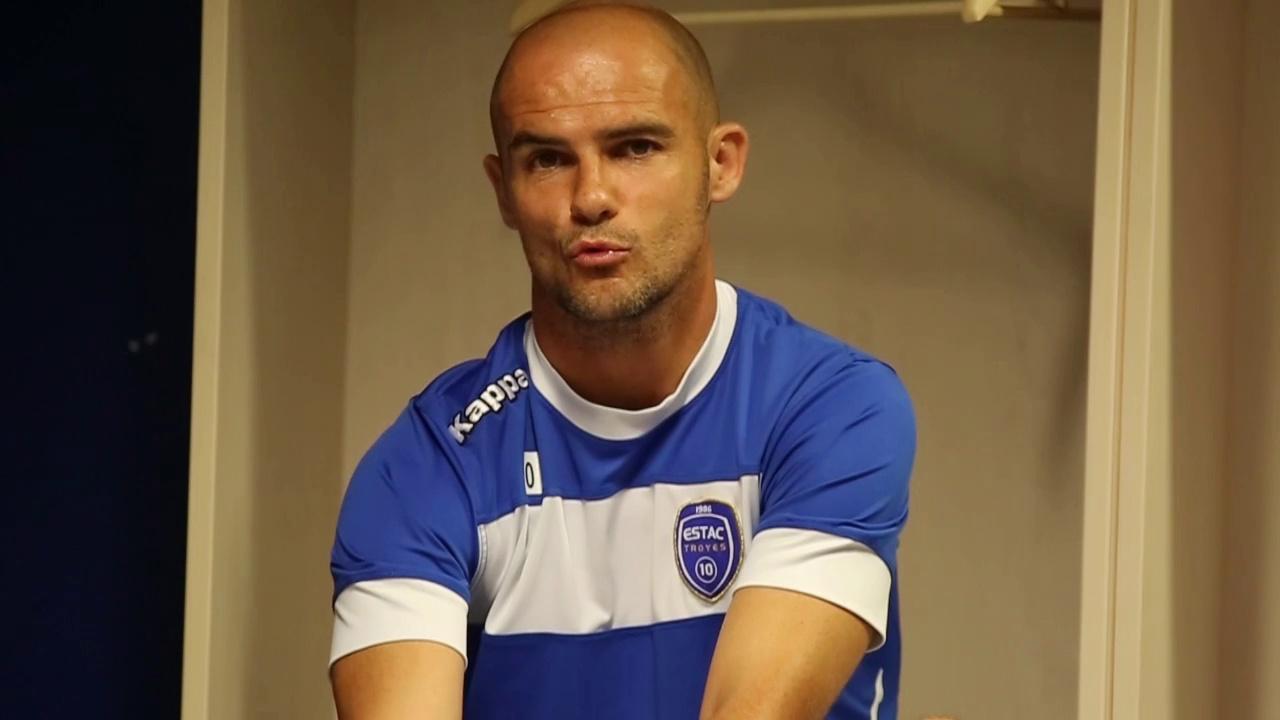 The much maligned Intertoto Cup ran from 1995 to 2008 and acted as a wild card means of entry into the UEFA Cup. Producing either two or three qualifiers each year, it was perhaps taken most seriously in France. The likes of Guingamp, Bastia and Montpellier all gained a taste of top level European competition via this route.

For ESTAC Troyes, an Intertoto success remains the club’s sole honour. In 2001, the team from the Champagne region overcame high-flying Newcastle United on away goals, with a 4-4 draw in the North East of England following a goalless encounter at Stade de l’Aube.

This is indeed ancient history but that same year saw Benjamin Nivet’s debut for Troyes. Now 40, Nivet is in his second spell at a club with whom he has experienced three relegations and three promotions. Throw in another relegation and promotion during his spell at Caen between 2007 and 2012 and Nivet’s career profile, spanning 668 games and counting, begins to resemble a game of snakes and ladders.

But this is no journeyman player. Quite the opposite. The Clarefontaine graduate is a cult hero in both Normandy and Champagne, admired for his visible dedication to the cause and eye for a key pass. Commitment? Since returning to Troyes in 2012, Nivet has missed just 12 league games in five years. Goals? Yes, 40 in that same period including a crucial late winner in the home leg of May’s promotion play-off against Lorient, a game in which he was a full seven years older than any other player on the pitch.

At 5’9”, and wiry rather than stocky in build, the attacking midfielder has a modest CV having debuted at Auxerre and then moved on to Chateauroux before joining Troyes in 2001. There is little doubt Nivet could have played in the higher reaches of French football but perhaps his innate modesty and loyalty have prevailed. Certainly his affection for Troyes is obvious and the feeling is mutual – it is reported that Nivet recently declined the City’s offer to commission a statue in his honour. That is simply not his style!

It is fair to say that ESTAC Troyes are one of France’s yo-yo teams so manager Jean-Louis Garcia would have been relieved that Nivet accepted another year’s playing contract this summer ahead of a challenging return to Ligue 1. His experience and composure will be vital if the club is to avoid another demotion. Last year served as a healing process of sorts after the disastrous top level campaign of 2015-16 which saw the team win just three matches and suffer some heavy defeats, most notably a gruesome 9-0 reverse at home to champions elect PSG.

Naturally, with this bitter experience in mind, Troyes have approached the new season with caution but four points from their first three games offers encouragement. A home draw with Rennes was then followed by a surprise 2-1 victory at Nice, with Nivet’s pinpoint 50 yard through-ball feeding Malian striker Adama Niane for Troyes’ opener. Their hosts may well have been distracted by Champions League qualification matters but this still represents a major scalp for the promoted side.

That telepathy between Nivet and Niane, 16 years his junior, is likely to be a key feature of Troyes’ forward play this year. The young striker hit 23 goals in 2016-17, the highest return in Ligue 2, and this relationship may prove vital for a side which managed only 28 goals in its last season at the top level.

The neutral observer of Ligue 1 may have little interest in Esperance Sportive Troyes Aube Champagne (to give them their full name) and the club is certainly a modest proposition with average crowds of just 10,000 at the increasingly shabby Stade de l’Aube, but if this is to be the evergreen Benjamin Nivet’s final season it would be heartening to see them at least survive in the top tier. Nivet himself will almost certainly retire without an honour to his name but few players have proved as popular.