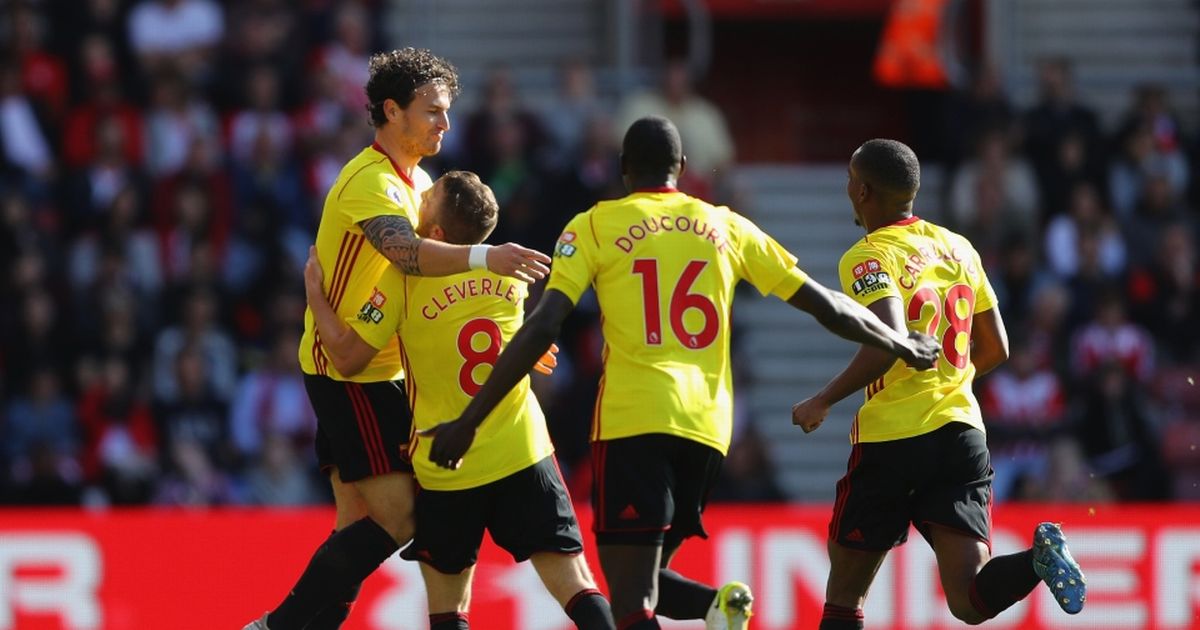 Watford’s midfield dynamo Abdoulaye Doucouré’s splendid form has been a long time coming. With failed transfers, a ruptured cruciate ligament and a spell on loan in Spain, the last five years have been nothing short of frustrating for the Franco-Malian.

But finally, in his second full term with the Hornets, Doucouré has found red-hot form – and is showing no signs of slowing down.

At 23-years-old, Doucouré signed for Watford in February 2016, for a sum of around €10.5m from Rennes. After making a name for himself in France, Doucouré signed with the intention of displaying his technical prowess in the Premier League. However, the London club had different ideas, and shipped him out to Spanish outfit Granada on a half-season loan.

Doucouré’s performances in La Liga were muted, and he then joined up with the Watford squad for pre-season under new boss Walter Mazzarri. What better time to impress the coaching staff and win a place in the team, he thought, but it was not yet to be.

The midfielder was dealt a colossal blow when Mazzarri dropped him from the match day squad for their Premier League opener against Southampton, in August 2016. Doucouré had every reason to feel hard done by, he’d just completed an impressive pre-season, and was now left in further doubt regarding his future at the club.

The nightmares continued until the new year, when Mazzarri, rather reluctantly, threw him into the starting line-up for their clash with Tottenham. From then on he was given a run in the side, and took the opportunity with both hands.

A few weeks later, after a 2-2 draw away to Bournemouth, the Watford boss heaped the praise upon the Rennes youth graduate, “I’m very pleased with Doucouré, he is a young player getting some good experiences. He has improved a lot.”

Doucouré continued to play regularly, and appeared to improve each and every week. His work ethic and vigour stood out particularly as something the side had missed, as he went on to feature in 19 of the Hornets’ 20 remaining league fixtures.

Fast-forward several months, a new manager and a new midfield partner have arrived at the club – and Doucouré is enjoying perhaps the greatest form of his career so far. The energetic 24-year-old slots into Marco Silva’s 4-2-3-1 system alongside the equally powerful Nathaniel Chalobah or Étienne Capoue, forming an imperious midfield partnership.

Doucouré has played every minute so far this campaign, and has even scored four times from a total of just seven shots. His physical yet technical style makes him an ideal asset for a Premier League side such as Watford, and he’s undoubtedly one of few players with a skill-set of such variation.

The former-France under-21 international’s evolution from the attacking-minded player he was at Rennes, to the somewhat more defensive one he is now should come as no surprise, given his excellent ability to carry the ball forward and his domineering stature. The statistics reinforce this too, with Doucouré completing nine take-ons from midfield so far this season, and winning 19 aerial duels.

His differing style and exciting profile should propose an attractive option for top European clubs. And with such a scarcity of similar players on the continent, it’d be a good idea for Watford to attempt to tie him down for the next few years, before potential suitors begin to circle.

However, before a move of any kind, it’s absolutely imperative that Doucouré continues to play with such confidence and freedom. His freedom stems from the security put in place by Marco Silva, with alternative midfielders such as Cleverley and Capoue covering when he carries the ball forward.

Another bonus for Silva is Doucouré’s ever-improving spatial awareness. As a result of this he is able to position himself well in defensive transition and make use of his physicality to retrieve the ball, before initiating a counter-attack.

The last 12 months have been nothing short of a rollercoaster for Doucouré, and should he continue to excel on such a consistent basis, a place in France’s World Cup squad next summer could potentially be on the cards. Competition will be rife however, with the likes of Adrien Rabiot, Corentin Tolisso and Tiemoué Bakayoko all vying for a spot come next June.