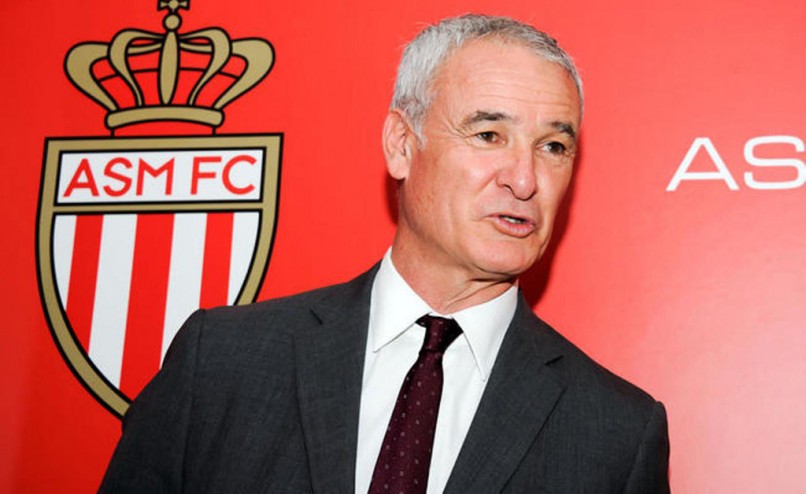 ‘Stupefied’ was how Nantes President Waldemar Kita described himself upon learning his manager Sergio Conceição wanted to leave this summer. His surprise was warranted, the former Portuguese international had signed a new 3-year contract just days before. Conceição’s reign lasted just 6 months, time enough for him to quietly instigate a revolution. The 6-0 home humiliation at the hands of Lyon ended René Girard’s limp stewardship with Les Canaries barely treading water in a relegation scuffle last November. Conceição overhauled the squad’s attitude, ramped up their intensity and moulded his charges into an aggressive, attacking outfit, miraculously dragging Nantes to an outstanding 7th place finish with the air of a parent furious to discover their children had been misbehaving at school.

With Conceição Porto bound, Kita has learned from the brief spell of success that a certain type of manager was needed to truly invigorate his club, eke the best out of the current group of players and push their cantankerous fans back onside, creating expectation and excitement the whole club could feed off. A marquee replacement was needed. Rather than the more cost effective, journeyman coaches of the past like Girard and Michel Der Zakarian, and after being rebuffed in his pursuit of Claude Puel, Kita turned to former Juventus, Chelsea, Valencia and, of course, Leicester boss Claudio Ranieri to maintain the Conceição resurgence.

Despite his advancing years, an archaic Ligue 1 rule not allowing managers older than 65 was bypassed to appoint the Italian, this is a sizeable coup for Kita and Nantes. Nantes are by no means a small club, their eight league titles makes them France’s third most successful side, but for the Stade de la Beaujoire to boast a Premier League winning manager with a CV like Ranieri’s is truly unprecedented. Importantly, Ranieri’s reputation arrives intact. The tainting of the Italian’s success in England after the Foxes dramatic slump last year and the supposed squad unrest which contributed to his sacking will be largely overlooked by the Nantes fanbase and the French media as a whole, meaning Ranieri will arrive in Western France with something on an aura.

The scene into which Ranieri is now parachuted draws a number of parallels with his Leicester appointment just 24 months ago. Thanks to Conceição this Nantes side are a finely tuned, effective outfit boasting a host of players at an exciting point in their development after ending the year in terrific form. In saving Leicester from relegation at the end of the 2014/15 season, Nigel Pearson won 7 of his last 9 games with Jamie Vardy and Riyad Mahrez to the fore, meaning Ranieri was able to, at least in part, pick up where Pearson had left off (with a little help from Ngolo Kanté), making few major adjustments in terms of style, shape and personnel. He can, and would be wise to, do the same here.

Jinking attacking midfielder Amine Harit (19) and the guile of Valentin Rongier (22) both enjoyed superb breakout campaigns while the powerful forward duo of Emiliano Sala and Prejudice Nakoulma have proven virtually unplayable at times this spring. Without the spectre of Europa League football to impinge on their domestic form, this is a team ready to push on. Meanwhile, the 4-4-2 that Conceição employed and the more intense, combative, pressing style he perpetuated after Christmas somewhat mirrors Leicester’s early season attacking outlook during their title winning campaign, albeit reined in by Ligue 1’s overarching pragmatic ethos. While, perhaps pivotally, Ranieri knows French football. During his two year stint in the principality the Italian expertly guided Monaco, albeit with considerable resources, up from from Ligue 2 to an 80 point haul and second place Ligue 1 finish in 2014.

Despite the seemingly pre-packaged nature of the team Ranieri will inherit at the Stade de la Beaujoire, assuming he chooses to continue in the same vein as Conceição, there will still be a number issues he will have to address over the course of the off-season if he is to maintain Les Canaries burgeoning success. Keeping this group of players together, starting by convincing Gillet to stay, will be a priority. The 33-year-old Belgian international has stated that his future was dependant on Conceição’s but Ranieri’s arrival could change that. Gillet is the team’s leader, a cool, experienced head in midfield and they are far more frail defensively without him. Holding onto the talented group of young players who came to prominence last year will also be key. Full back Léo Dubois (22), Rongier and the precious Harit, who has been linked with Schalke and Arsenal this window, could be pivotal for Ranieri going into next season.

Should Ranieri tick these boxes there are still notable problem areas of the squad that need shoring up. Wide areas are in need of an overhaul should he keep to 4-4-2 or switch to variation of 4-3-3, keeping Harit infield rather than on the left flank where Conceição often deployed him. Jules Iloki, Alex Kacaniklic, Felipe Pardo and Yacine Bammou have all failed in varying degrees to fill the right flank effectively with only Adrien Thomasson meeting moderate success. With Harit likely to eventually migrate to a central role, where he has been utilised for France’s Under 20 side, at least one proven winger will need to be added.

Diego Carlos has grown in stature at centre back over the course of the year following his arrival from Estoril but this remains an area of weakness for Nantes. The imposing but aging Venezuelan Oswaldo Vizcarrondo’s time in France seems to have elapsed with recent outings crossing the border from stoic to lumbering while Ivorian defender Koffi Djidji has failed to truly convince alongside Carlos. As a result a pair of fresh potential partners for the Brazilian are needed. Ranieri will also have to solve the goalkeeping situation after long time number 1 Rémy Riou fell out of favour under Conceição due to some poor displays, most notably in the 2-2 draw at Bastia, while Maxime Dupé’s form has proved erratic as his replacement.

Pivotally however, central to any success Ranieri may have at Nantes could be down to the atmosphere and mood he is able to engender around the club, on the stands and amongst the squad. Conceição’s fearsome discipline, organisation and ferocious insistence that his players never let up on their opponents turned René Girard’s flaky, tepid group into steadfast warriors almost overnight.

Through sheer force of personality and some astute tactical tweaks he reinvigorated the squad and had them passionately buying into his rhetoric; a true leader. Ranieri’s Premier League winning aura will not have faded as far as Nantes are concerned meaning he will have a head start in these terms but providing the players with the same fire, hunger and discipline in the long term will be his real challenge.

Despite the understandable hype and excitement bred by Ranieri’s appointment, caution should be the watchword for observers of FC Nantes. Despite his borderline unfathomable achievement in winning the Premier League with Leicester City (by an absurd 10 point margin in the end), his experience and an admittedly impressive CV, Ranieri’s medium term record remains a little chequered.

The home loss to the Faroe Islands that ended his spell as Greece boss prior to his arrival in Leicester is still a standout failure while before success with Monaco his brief time at Inter Milan ended with disappointment in 2012. Nevertheless Ranieri’s appointment is an electrifying one for Nantes and Ligue 1, arguably the most eye-catching signing in the club’s history.

While Chelsea manager, after tinkering with his side for the Champions League clash with Monaco, Ranieri explained: “I can’t change now. I’m like Frank Sinatra, I always do it my way.” Hopefully for Nantes, Ranieri’s way will again be the right way.