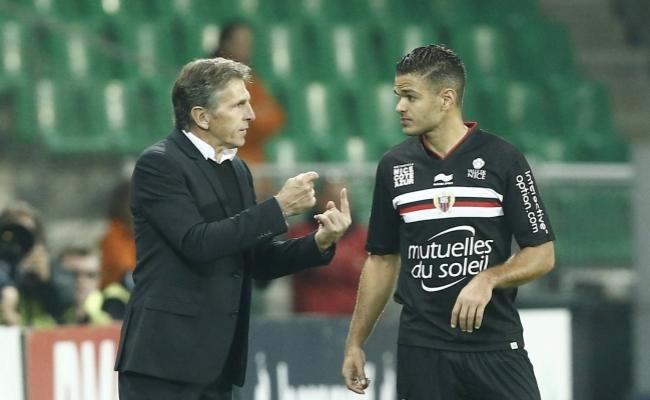 Claude Puel’s dismissal from Southampton may have come as a relief to many of the club’s fans, after a poor end to the season. His side had been eliminated in middling fashion from Europe, and their form to close the campaign was truly woeful.

It’s true that Southampton had finished eighth, but for most observers, that was only by dint of the fact that, aside from the top seven, the Premier League was severely lacking in quality and/or ambition last season.

On the other hand, Puel did take this team (again, with limited means) to a League Cup final, where they were unlucky to lose to Manchester United. That much-maligned league placement was a step back from what the team had achieved under Ronald Koeman, but the Dutchman didn’t have the personnel issues with which Puel was frequently saddled.

The sale of Jose Fonte and injury to Virgil van Dijk left his options at centre back in poor stead, while Charlie Austin’s absence often meant there was a paucity of goals, even if the arrival of Manolo Gabbiadini provided something of a palliative in that respect. Yes, there was a fairly negative style being played, but looking now at Southampton’s squad, how well Puel dealt with the losses of Sadio Mané, Victor Wanyama and Graziano Pelle was impressive. Eye-catching, certainly not, but needs must, as the Frenchman’s defensive nous proved quite useful in willing a thin and offensively challenged (save, perhaps, Dusan Tadic) to the top half.

Now Puel has been rewarded with an appointment at Leicester City, replacing Craig Shakespeare. The Englishman’s appointment on a permanent basis was always a surprising one, despite an initial run of good results, but he had struggled in the season’s early going. Leicester fans might bemoan, or, at best be indifferent towards Puel’s appointment, but given what he has achieved in his career, he may be the perfect solution for the Foxes.

Puel has earnt a reputation for playing negative football, but that is an unfair assertion in the extreme. On the contrary, his Nice side of 2015-16 were a thrill to watch, with a rejuvenated Hatem Ben Arfa driving the attack and Alassane Pléa and Valere Germain filling the nets. They were sometimes even guilty of being a bit too open, and Lucien Favre’s improvement of the side last year somewhat dimmed Puel’s achievements, although that evaluation fails to consider the investment in the playing staff (Younés Belhanda, Mario Balotelli, Dante) that Nice were given ahead of the former Borussia Monchengladbach boss’s appointment.

In any event, Puel’s resumé is more than just his ill-fated year at St. Mary’s. He has twice been named Manager of the Year in Ligue 1, and was probably deserving of a third trophy for his final season at Nice. He was dismissed from Lyon in 2011, under a cloud to some degree, but his sacking came at a time when the club was hamstrung financially, forced to sell many of their best players as a raft of expensive signings failed to bear fruit. Despite that, Puel had led Les Gones to a Champions’ League semi-final, defeating Real Madrid along the way, whilst also navigating the absence, through injury, of Yoann Gourcuff, a player who had arrived for a league-record fee and was made out to be the centrepiece going forward for both club and country.

He was also dismissed from Monaco, a club where he had earned more than 500 caps, playing under Arsène Wenger and earning several trophies including the league and two Coupe de France titles, but again, there were extenuating circumstances at play. After his retirement, Puel took charge of the reserves at Monaco, before first taking the reins in 1999 after the dismissal of Jean Tigana.

He improved the team down the back end of that season, moving from fourth to eleventh, before winning the title the following season, giving major roles to youngsters such as Marcelo Gallardo and Rafa Marquez. The goals of David Trezeguet and Marco Simone were helpful as well, but the sales of the likes of Trezeguet, Willy Sagnol and Fabien Barthez proved too much to overcome in the following season.

Puel was let go after finishing eleventh, lacking the depth to compete with any success in both Europe and domestically, but something which has been important to Puel’s career was already evincing itself. A knack for facilitating young talent to flourish was key in getting the best from Marquez, Gallardo and others at Monaco, and this is something that will no doubt be helpful in improving the play of the likes of Demarai Gray, Wilfred Ndidi and Kelechi Iheanacho, all of whom are aged 21 and under.

Too, if Puel is given money to improve Leicester in the summer, he has also shown a good eye in the transfer market, having acquired the likes of Eric Abidal and Jaroslav Plasil at young ages. Plasil may not be the most eye-catching of names, but he has earned a century of caps for the Czech Republic, while one could fairly argue that Abidal was one of the world’s best left backs in his pomp.

Puel landed on his feet after that dismissal from Monaco, moving to Lille, who had the reputation of being somewhat of a sleeping giant. The first two seasons of his reign were solid, but nothing impressive, more of a steadying of the ship than a great leap forward. However, by 2004-5, now firmly ensconced in the north of France, Puel again made youth his mandate, and a team powered by the likes of Abidal, Mathieu Debuchy, Kévin Mirallas and Yohan Cabaye finished second, no mean feat given the strength of the likes of Marseille and Paris Saint-Germain at the time.

Puel continued to improve things at Lille, adding more young talent in the form of Michel Bastos and Stephan Lichsteiner, but his methods were beginning to wear on the team. Despite reaching the knockout stages of the Champions’ League that season (2006-7), Les Dogues slumped to mid-table in the league, and the following campaign looked even more dire. A solitary win from the team’s first nine matches saw the team still struggling to avoid relegation by Christmas, but Puel handed debuts to a cadre of young academy products including Eden Hazard and Adil Rami. This faith in youngsters in a time of crisis was duly rewarded, with Lille eventually finishing comfortably mid-table.

Putting his spell at Lyon aside, Puel continued in this vein at Nice, trusting the likes of Nampalys Mendy, Jordan Amavi and Pléa to earn a pair of fourth-place finishes over his four seasons at the club. Again, success wasn’t immediate, but Puel once again followed the pattern of making sure that his side had a solid spine before starting to take a more attacking approach. Looking at Leicester’s squad, one could even see Puel opting to play a diamond, as he had at Nice.

Adrien Silva will be eligible in January, and one can easily see the Portuguese international slotting into a midfield with Ndidi and Vicente Iborra. Leicester may lack an orthodox number ten, but Puel could plump for Riyad Mahrez in that role. Given Puel’s use of Ben Arfa, also historically a winger, in a central area, at Nice, this is not as far-fetched as it sounds.

The rest of the team remains more than talented enough to avoid relegation, which, despite that famous title, should really be Leicester’s aim. Thus, while Puel may not set the heart racing, his pragmatism and reputation for developing young players, sprinkled with just the right amount of flair, should be more than enough to consolidate Leicester’s position in the league. Improvement isn’t a given, but Puel has shown with time (which he has been given everywhere save Southampton), he can do that as well, thus making him a good fit for Leicester for both the present and the future.