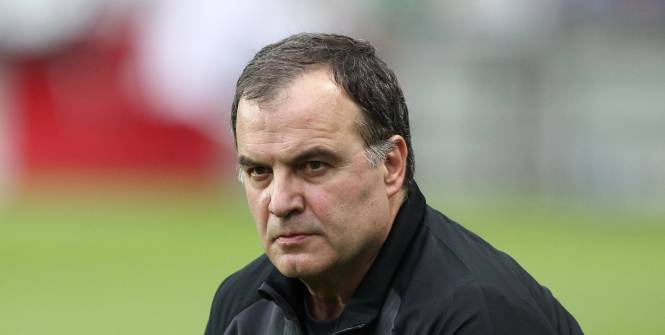 This last month was perhaps the worst one in recent memory for LOSC and their fans. They find themselves in a relegation battle following a series of poor performances, which continue to put doubt in observers’ minds, and are raising questions for what is wrong with the project, and where it is going.

Their match against Monaco at home was one to forget. Even if Les Dogues were coming up against last year’s champions, Lille showed no intensity or tactical discipline throughout the match. Furthermore, Monaco had to make some changes to their lineup before coming to the Pierre Mauroy stadium, so it would have been a good chance to make a statement against an altered squad. Losing 4-0 against one of Ligue 1’s stronger teams is one thing, but losing at home, whilst showing no commitment following a respectable start to the season is another.

Lille are lucky enough to have a great following and great attendances for most of their matches. But if the results remain poor, they risk losing it, which would mean that they would pass up on the chance to make their home ground an unwelcoming place for their opponents. Not necessarily a fortress, but a place where the players and fans could feel confident and fired up before any match.

Their match away to Amiens was a very unfortunate one. After taking the lead against Christophe Pélissier’s newly promoted side, events went from bad to worse, as a stadium disaster occurred. Following Ballo-Touré’s goal, Lille fans rushed out of their seats to celebrate, which was followed by the Amiens barriers breaking.

The match was suspended, in which 29 Lille fans were injured, with seven left in critical condition. Ligue 1 clubs were quick to show solidarity and defend Lille’s fans, following accusations from Amiens’ president Bernard Joannin that the away fans were responsible for the safety barrier collapsing.

Despite eventually retracting his previous statements, if the fans are condemned for celebrating a goal in an important game when their team is going through a bad spell, Lille fans can rightfully feel antagonised and unfairly treated. Gérard Lopez and some of Lille’s players visited those injured in the days which ensued.

Lille’s last two matches have raised some important issues which need to be addressed, not only on the pitch but at a hierarchical and institutional level. Despite Troyes producing good results so far this season for a club of their stature, a 2-2 draw against them has raised questions about the overall quality of the team. This weekend, Rennes, a team  going through greater uncertainty with potential presidential or managerial changes, killed LOSC’s morale that bit more by defeating them 1-0. They sit at 19th place with a game in hand (in light of the events at Amiens).

Lille’s players do deserve criticism for their performances, but it is a bit difficult to say on what grounds. Is this simply down to the fact that the players are technically and/or tactically limited? The players seem to believe in Bielsa and generally, have showed commitment and desire on the field despite certain shortcomings. Or are they taking too much time to adjust? Perhaps Bielsa’s training methods and ideals are not suited to his squad, but then why were they signed in the first place?

Yet again, questions surround Bielsa and his time at Lille thus far. Bielsa is known for being a man of principles, but is it now time to shift from dogmatism to pragmatism, if only to assure survival in Ligue 1. More often than not, he has used a 3-3-1-3, but when looking at the club’s performances and results, it is evident that Bielsa’s players have not adapted to this system and there is no coherence.

As stubborn as Bielsa may be at times, he is more than capable of finding a system that can suit his players to get better results. If the overall play were better, one could overlook some of the results, but even now, the performances are sub-par. Bielsa and his squad are trying to play, but it may take time to find a system which best suits his players, and not impose one onto them. Obtaining improved results does not mean playing a boring style or compromising your principles, it just requires flexibility to your opponent’s strengths.

Even if some may consider this to be unimportant, the final element which needs to be re-evaluated is the club’s public relations. The way in which a club communicates with the outside world gives us an idea of what goals they have set, what goes on internally, and is crucial for the fans who want to know what is being done to improve performances.

Gérard Lopez’s statement at the project’s inception in which he said the club would be aiming for the top five was too ambitious. Of course, in hindsight he should have looked to give a more modest public image of the club. By saying this, he has given the fans and the media the impression that the results would be immediate, when in reality, projects like this with a large squad turnover and a new coach require time.

Bielsa has also come across as quite aggressive in press conferences in response to certain exasperating and provocative questions about his past with Marseille, whether he will stay or if he regrets taking the job in the first place. His frustration is very understandable, but his reactions to provocations add fuel to the fire.

So, what do Lille need to do from here on? They need to re-evaluate their on and off pitch approach, with short-term results becoming increasingly important. Bielsa trusts the players that he is working with, so it is up to him to get them up to scratch, even it means playing a less attractive football for a time in favour of a quick-fix. Bielsa has an eye for finding lesser-known players or getting the most out of average players, which is what the Lille squad is primarily composed of.

Secondly, Lille’s president needs to be open about where the project stands and fix new objectives that are realistic with regards to the nascent nature of “LOSC Unlimited”. Fans want the club be honest and sincere, so apologising and sympathising with them following a difficult beginning of the season for various reasons can go a long way.

Next week, they have an important match at home against Bielsa’s former club Marseille, where they can make an important statement about their intentions. To say that they will win would be overly optimistic and unrealistic given how both teams have been this season, but a proactive performance, not necessarily even a result, is what Lille desperately need to get out of this rut.