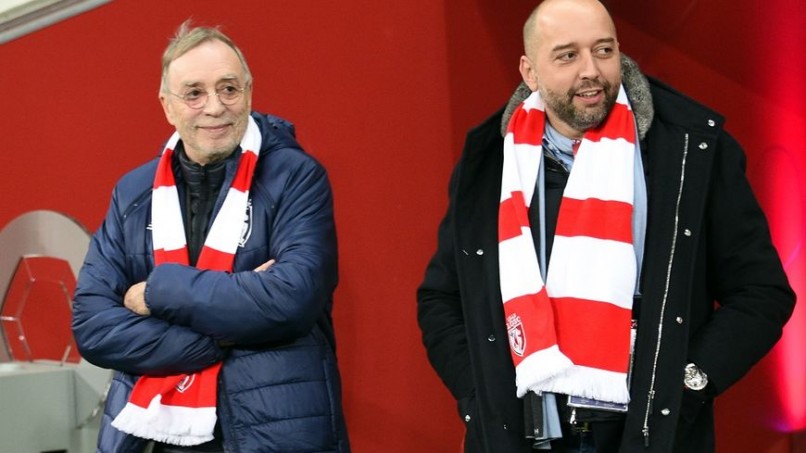 “If your time at Lille was told through a film, which would it be?”

“One where we’re continually building. We start with a desert island and make a town out of it.”

When filmmaker Michel Seydoux took over Lille nearly 15 years ago, the club had had a fairly unspectacular history – save for a post-war decade which featured a clutter of league and cup successes. They had fluctuated between the top two divisions, at one point even losing their professional status.

Although Les Dogues had qualified for Europe the previous season – for the first time in their history – it would have been apparent to Seydoux that there was still work to be done when he first bought the club in order to bring success.

772 games, 966 goals and 12 European seasons later, though, it’ i clear to see that his impact on the club has been immeasurable. A self-confessed ‘man of spectacle’, he has offered exactly that and then some to Lille supporters, propelling them from a largely unremarkable club – especially in the shadow of local rivals RC Lens who had won the league in Seydoux’s first season – to being established as one of the country’s most recognisable teams, nationally and internationally.

Seydoux, who hails from one of the most recognisable business families in the country – his brothers are the CEOs of Gaumont and Pathé respectively – laid one of the main building blocks of his project by building the Domaine de Luchin, effectively acting as the club’s seat, training ground and youth facilities, a move which would lay the foundations for future successes.

His crowning achievement in terms of the club’s infrastructure came in 2012, when Lille unveiled their state of the art 50,000-seater stadium, which would be named Stade Pierre Mauroy the following year, which hosted several matches at the Euros last summer. The move was essential in solidifying Lille’s status in European competition, seeing as their previous campaigns had to be played either at Lens’ Stade Félix Bollaert or the Stade de France.

Nevertheless, this did not stop Seydoux from presiding over some historic games for the club in the Champions’ League, despite the fact that they were all played away from home. A win against Milan at the San Siro and a defeat of Manchester United would be the pinnacles of Lille’s European campaigns, results which would have been unthinkable a decade previously.

If those nights in Europe were the rising action of Seydoux’s film, though, then the climax would come in 2011 with the historic double-winning season. With half of the team a product of the club’s academy, they swept aside the national stage, led by a young Eden Hazard, top scorer Moussa Sow and playmaker Yohan Cabaye to provide the crowning achievement of Seydoux’s reign.

However, as with most French clubs, Lille must rent out their stadium from the council, and by consequence are relatively limited financially speaking. Despite Seydoux’s presence, the club has often had no choice but to part ways with star players over the last few years, and as a result the club’s bubble has burst.

Seydoux could do nothing but bargain for a higher price as the likes of Hazard, Gervinho, Cabaye and Debuchy left for the Premier League, while more recently Sofiane Boufal and Djibril Sidibé have also departed. While the club can pride themselves on having put together such a team, one of players that would go on to establish themselves in other leagues, there is nonetheless a feeling that the club’s hour of glory has passed.

As Lille continue to recover from those losses, the club has suffered a period of gradual regression over the last few seasons, briefly punctuated by a spell of good form in the back end of last season to recover from a disastrous opening to the campaign. Sitting mere points from the relegation spots for most of the autumnal half of the season, a change of face at the top may have been what was needed, and with Seydoux looking to go back into cinema a sale of the club looked increasingly likely.

He was clear on the profile he was looking to sell to – “not a buyer, but a successor… one who has the vision, the capacity, and a project to allow Lille to continue to win titles”.

Negotiations would begin in October with Gérard López, former president of the Lotus F1 team who had been tipped as the next Marseille owner before Frank McCourt eventually bought the club, and the sale was made official this month, even though it has yet to be fully ratified by the French football financial watchdog the DNCG.

He may be leaving the club in 12th place, but Michel Seydoux’s impact on Lille cannot be understated. The film producer has catapulted the club into the elite of French football and while recent results have been discouraging, the foundations, laid by Seydoux, are there for Lopez to return Les Dogues to the upper reaches of domestic football.

It is no wonder on he received a standing ovation before his final game as owner, a draw at home to Saint-Étienne, as the Lille faithful donned masks with his face on and unfurled a banner with a message of gratitude for the man who changed their club forever.