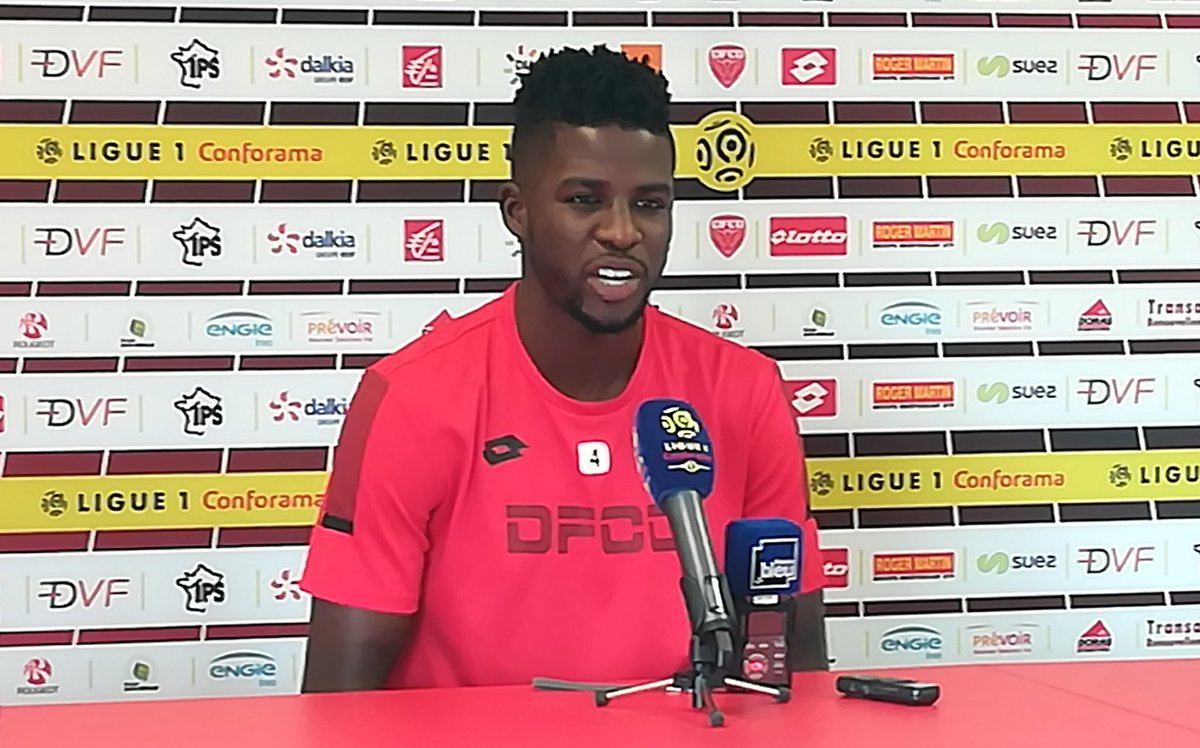 Papy Djilobodji is back in France with a point to prove. The Senegalese centre back, and occasional defensive midfielder, will hope his loan spell at Dijon represents a turning point in a career that has stalled since his move overseas in 2015.

Rewind two years and Djilobodji was Nantes’ player of the year in a team that conceded only 40 goals in 38 games. At 6’4”, powerful and quick, he’d spent five happy years with Les Canaris and been part of the side promoted from Ligue 2 in 2012/13. Yaya Touré, no less, said he’d “seldom seen a defender with a both left and right foot so good”.

Allegedly Mourinho, fresh from leading Chelsea to the Premier League title, had been unable to convince owner Roman Abramovich to part with £30m for the purchase of Everton’s John Stones. Furious, and determined to demonstrate this was a false economy, Mourinho instead acquired Djilobodji for £2.7m, clearly petty cash in Chelsea terms.

None of this would have mattered if the manager had genuinely rated the Senegalese recruit, but in fact Djilobodji made a single one minute substitute appearance in a lowly League Cup game at Walsall and never wore a Chelsea shirt again. Of course Mourinho himself was then sacked in December 2015 as Chelsea’s title defence proved disastrous both on and off the pitch.

It is hard to avoid the conclusion that Papy was caught in the crossfire, ‘collateral damage’ in the well-documented battle of wills between Chelsea’s owner and manager. Yes, he had a four year contract at a rumoured £40,000 per week as compensation, but there was clearly no future for Djilobodji in West London.

The second half of that season saw a change of luck. New Chelsea boss Guus Hiddink sanctioned a loan move to Bundesliga strugglers Werder Bremen, and the Senegalese was instrumental in their escape from relegation, scoring a dramatic late goal in the final game of the season to clinch safety at the expense of opponents Eintracht Frankfurt.

Bremen were naturally keen to extend Djilobodji’s loan for a further season but Chelsea saw his improved form as an opportunity to sell and Sunderland stepped in with an offer of £8m. Joining fellow Ligue 1 alumni Lamine Koné, Wahbi Khazri and Didier N’Dong at the Stadium of Light may have been a selling point, but Sunderland were doomed to relegation from the early stages of the season under the ponderous and conservative leadership of manager David Moyes. Djilobodji himself made 18 appearances and, for the first time in his career, faced criticism over both his attitude and his fitness.

So, what now? The last two years have provided little stability and development for Papy and the goal must now be to recapture the form last seen at Nantes. And the supportive environment of Dijon feels like a good place to do so.

It would be easy to portray the 28-year-old as just another itinerant footballer, but this is a character that came to Europe at just 19 for trials with Lazio and Lille, suffered rejection and subsequently found himself in the French fourth tier at Normandy minnows US Senart-Moissy.

Undeterred, Djilobodji was outstanding at amateur level and earned a move and a first professional contract at then Ligue 2 Nantes in 2010. With similar determination he could be a major asset for Dijon as they aim to cement their status in Ligue 1 in this, their third season at the top level.

With a halting end to his Sunderland spell, the Senegalese will need some time to regain match fitness but made his first appearance and played the full 90 minutes in Dijon’s week 5 defeat at Caen.

The game saw Papy’s central defensive teammate Cedric Yambéré score an own goal to hand Caen a 2-1 victory and take Dijon’s ‘goals against’ tally for the season to 12. Manager Olivier Dall’Oglio will be acutely aware this is an unsustainable rate and will hope that Djilobodji’s experience will help plug some gaps.

If Papy needs any further incentive, there is the further prospect of representing Senegal at Russia 2018. His country remains in contention in a qualifying group featuring Burkina Faso, Cape Verde and also-rans South Africa.

Djilobodji’s international career has followed the same pattern as his club fortunes in recent times, with the last of his 13 caps coming at a disappointing African Cup of Nations finals in January 2015.

After two years in the relative wilderness, it would be heartening to see Papy return to the form and consistency of his Nantes days and both club and country stand to benefit.

Kylian Mbappé: “People should be happy to see a good player stay in Ligue 1.”