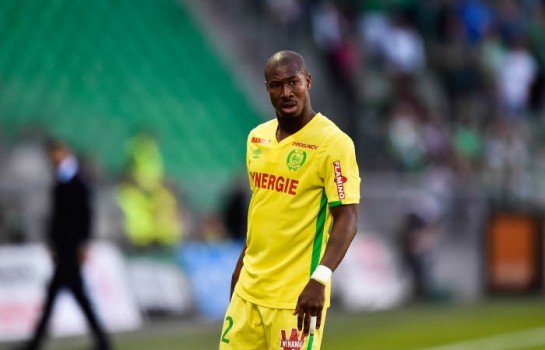 “I’m not enjoying the start of this season, because we’ve lost two matches. I’m equally not enjoying it from a personal point of view,” so said Préjuce Nakoulma on the 18th August, the day before his team, FC Nantes bagged their first Ligue 1 victory away at Troyes, a match in which Nakoulma was not involved. The 30-year-old Burkina Faso forward was equally absent from Nantes 1-0 home loss to Marseille, with his only action this season being a starting role in Ranieri’s first match, a 3-0 drubbing at Lille.

The striker is not cutting a happy figure at the club which has been his home since arriving alongside ex-coach Sérgio Conceição in January, which stands in stark contrast to his electrifying form that coincided with Conceição’s short but productive stewardship on the banks of the Erdre. Reports coming out of the club in past few days have suggested that Nakoulma is looking for a way out, amid disagreements with Ranieri, and tension with the club’s management.

If the player gets his way and leaves before the end of August, what will his new club be getting? Who might that club be? And how did a player, plucked from relative obscurity become one of the standout performers in the second half of last season?

Arriving at Nantes from Kayserispor in Turkey following Sérgio Conceição appointment as manager, few people had even heard of Préjuce Nakoulma, let alone expected the forward to have such an impressive impact on Nantes’ lacklustre forward line. After all, here was a player who for 10 years had endured something of a nomadic career up and down the divisions of Poland and Turkey, scoring goals everywhere he went, but never progressing onto bigger and better things.

Half a year later and Nakoulma figured as one of Nantes prize assets for the upcoming season. In that period between February and May 2017, Nakoulma tallied up a highly impressive 6 goals in 11 matches, making him the club’s second top scorer behind strike partner Emiliano Sala. This came off the back of an impressive showing for Burkina Faso at the African Cup of Nations, where he bagged a couple of goals en route to reaching the semifinals with Les Étalons.

Nakoulma’s goals for Nantes last season suggest a striker who is a predator. His goals against Angers and Montpellier were tap-ins that require a striker’s instinct to get into the right place at the right time. Added to these were fine finishes at St. Étienne: an Henry-esque burst of pace followed by a deft finish into the corner beyond the goalkeeper, and his second against Angers: an acrobatic looping scissor kick showing his ‘polyvalence’, a word that the French love to use to describe players who can seemingly do it all.

To merely call Nakoulma a ‘fox in the box’ would be reductive to his wider contribution. His overall play within Conceição’s expansive attacking system demonstrated that he is a player who combines his speed and stocky build with an intelligence that connected the midfield with target-man Sala. His goal against Guingamp was a perfect example of this.

His greatest attribute however is perhaps the one that is most difficult to pin down: unpredictability. Watching Nakoulma on the ball at the Beaujoire last season, when his team was rocking was a genuinely thrilling prospect. He was equally keen to take on an opponent as he was ready to pass around him. It was perhaps this readiness to change his approach to the attack that allowed him to get those 6 goals. Defenders struggled to get to grips with him.

If he can bring this form into the new season, Nakoulma will clearly be a strengthening asset to any team that he joins. Amidst his murmurings of unhappiness and desire to leave, few clubs have been noted as potential destinations. Could he be a half season wonder? Are there question marks over why it has taken until he is 30 years old to graduate to a big club in a top European league? Or does his attitude put off potential suitors.

It would not be out of the question if a few teams up the pecking order in Ligue 1, namely Lyon and Nice were not sniffing around for a late summer deal for Nakoulma. Both teams aspire to the top four in France, and with a player of Nakoulma’s quality in their squad, they will be getting a player who has amply proven his ability to score Ligue 1 goals.

At his age, and with his career behind him so far, it is unlikely at this point for him to step us a replacement for Lacazette or a foil for Balotelli, and help fire either team to a title, but Nakoulma should not be overlooked. Championships and top four finishes are often achieved because of squad strength, and signing Nakoulma will certainly add strength to whoever he joins. He’s an unpredictable player, and his signing for either one of these clubs might just give them an edge in their ambitions this season.