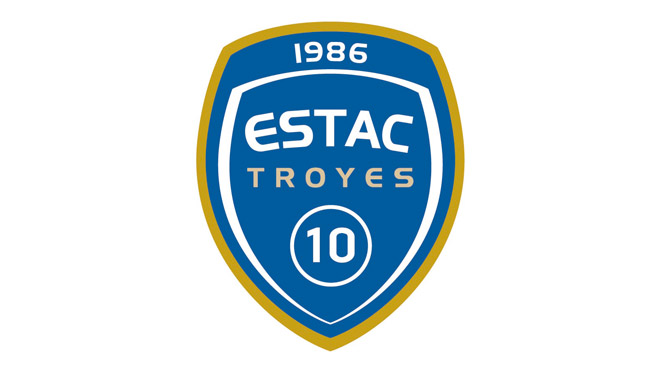 It’s not often that Troyes can claim to have one of France’s most promising young players on its books, but just eight games into the new season, Samuel Grandsir is making headlines.

The Champagne side has made a steady start on its return to Ligue 1 and the 21-year-old, notionally a right sided attacking midfielder, has contributed in no small measure with two goals and two assists. Quick, direct and tricky, his displays have earned a call-up to the French Under-21 squad and Grandsir will hope to feature in this week’s European Championship qualifier against Montenegro. Conveniently enough, the match is being staged at Troyes’ Stade de l’Aube.

Born in Evreux in Normandy, Grandsir joined Troyes in 2013 and made more than 50 appearances at National level. His graduation to the first team came during the successful, and dramatic, Ligue 2 campaign last year.

On that lunatic final day of the season, it was the youngster who scored an 88th minute winner as his side squeezed out a 3-2 victory in Sochaux and, in doing so, secured third place and an ultimately successful play-off date with Lorient. In real time, of course, Grandsir’s goal had propelled Troyes into second place and automatic promotion, but then rivals Amiens had the final word with a 94th minute winner of their own.

Back in the top tier after just one season in Ligue 2, Troyes have already won three games. That’s as many as they managed in the entire 2015/16 campaign and going into the international break the team lies in ninth place, a healthy six points clear of the relegation zone. And it could be argued that Grandsir has earned his side seven of the 11 point amassed to date.

A precise low finish against Rennes earned a point on the opening day and ‘Sammy’ then raced away to score a late winner at Metz in Week 6. Onto Week 8 and in-form Saint-Étienne were beaten 2-1 at Stade de l’Aube, with Grandsir tormenting 32 year old defender Loïc Perrin down the right flank before crossing into the path of Bryan Pélé for Troyes’ opener.

A caveat should be applied here – Troyes’ early fixtures have been favourable and certainly bigger challenges lie ahead for a small squad assembled for a total cost of slightly less than €10m. But Grandsir could be a significant weapon in preserving Ligue 1 status. His speed and strength are self-evident but his eye for a final ball, two-footedness and composure in front of goal, are rare for such a young talent with still fewer than 30 professional appearances to his name.

Of course, in the football food chain, Troyes are small fish and it is unrealistic to expect Grandsir to remain at the club for long; Jean Louis-Garcia’s side are not in a position to refuse a significant bid and, pragmatically, may hope that the next Under-21 European Championship finals, to be held in Italy in 2019, provides a shop window to maximise his price.

Both club and player may see the parallels with Ousmane Dembélé, nine months his junior and a player with a similar skill-set; Dembélé also hails from Normandy and played for Grandsir’s home town of Evreux. On current form ‘Sammy’ will believe he too can play at the highest level.

FEATURE | Marco Verratti – an extensive period of bad form for PSG, what next?