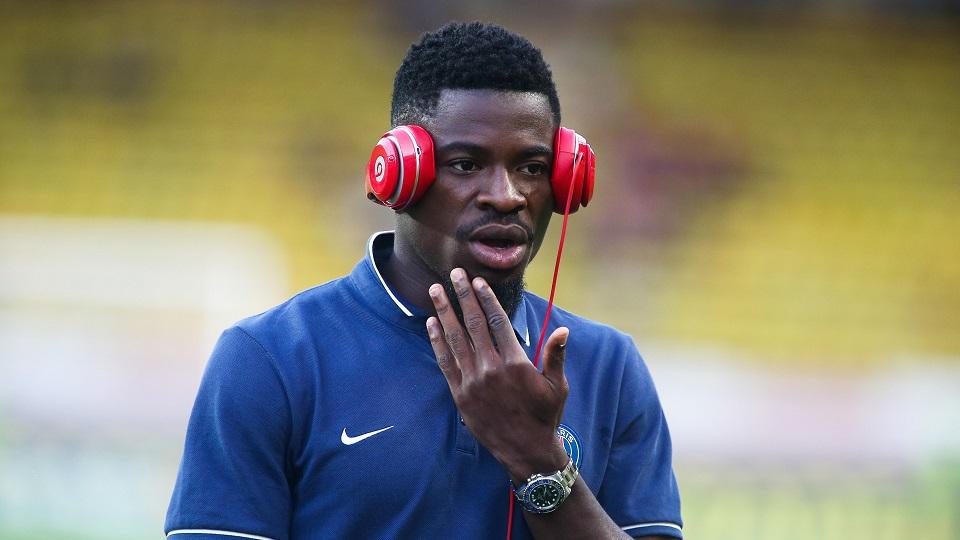 Serge Aurier’s 2013-14 season seems a long way off at this point, but perhaps it will cheer Tottenham fans to recall it. Playing for a middling Toulouse side, he looked poised to become one of the world’s best young defenders.

Able to play on the right side of a back three, as a wing-back or as an orthodox right back, Aurier was a terror that season, scoring six goals and adding as many assists before being named to the Ligue 1 team of the year. A big-money move to Paris Saint-Germain soon followed, and it seemed that the world could be the young Ivorian’s oyster.

To say things haven’t gone exactly to plan in the intervening three seasons would be a gross understatement. In his first campaign in the capital, Aurier looked the heir apparent to Christophe Jallet, a capable presence, but one lacking in flair and thus not a player close to the ideal that the recently installed Qatari hierarchy sought to reach. Jallet sought a move to Lyon, and all Aurier had to do was beat out Gregory van der Wiel for a place in the starting eleven.

It was a seemingly easy task, but one that ultimately proved daunting. A combination of a nagging adductor injury and the Africa Cup of Nations saw Aurier start just a dozen matches that season. Five assists were a strong reminder of his potential, but he ultimately failed to scale, at least initially, the heights of which he seemed capable.

PSG seemed to keep faith with Aurier at that juncture, as well. He had performed well when fit and available, after all, and even with a silly suspension for insulting a match official, his behaviour could easily be excused as an immature player unaccustomed to the spotlight. To say things failed to improve, however, would be putting it kindly.

That season, Aurier started the season as first choice, and if he wasn’t quite as impressive as he had been at Toulouse, he still looked one of Ligue 1’s better right backs, outshone only by, ironically, the man he had replaced, Jallet. Things got worse, and dramatically so, when Aurier used social media to gravely insult his manager, Laurent Blanc, and a handful of teammates. A lengthy suspension naturally followed, and Aurier’s star seem to be falling nearly as quickly as it had risen.

Last summer did bring some hope in the form of the arrival of a new manager, the Spaniard Unai Emery. The former Valencia and Sevilla boss had a decorated resumé, but more importantly, he seemed to offer a clean break with the past in replacing Blanc.

Aurier turned in a dominant pre-season, and with van der Wiel sold off and only the then-unheralded Thomas Meunier for competition, the club’s relationship with the player seemed to be moving swiftly from contentious to a more benedictory situation. The regular season started off similarly well but an injury and an unhelpful sending-off in a loss at Toulouse gave increasing rise to the notion that despite Aurier’s evident talent, his mental character ware direly lacking in stability.

As last season wore on, Meunier, coming off what had been a strong performance at last summer’s European Championships, became more and more comfortable with the step up in competition. He was even picked ahead of Aurier in the Champions’ League, starting PSG’s then-famous 4-0 win over Barcelona at the Parc des Princes.

The Belgian, while not being quite as eye-catching as Aurier going forward, offered a more reliable presence on the ball, no small thing under Emery. In this way, then, the writing was already on the wall to some degree, and the signing of Dani Alves, in fantastic form despite his age, only confirmed what many had suspected, that the player once so highly touted would now be making his move towards the exit.

A run-in with the police in 2016 would surely have not helped matters either, but there seemed to be a lack of interest in Aurier’s manifest ability. Whether potential suitors were put off by his wages, the fee QSI would have demanded for Aurier, or even perhaps his injury history can’t be anything more than a matter of speculation, but the fee that Tottenham eventually paid, €25m, seems a pittance, especially in light of the fees paid for the likes of Danilo, Kyle Walker and Davide Zappacosta by other English sides. It is true that none of that trio has had any of the character issues of Aurier, but neither have any of the three been seriously mentioned as being the potential best right back in the world, as the Ivorian had following that final season in Toulouse.

To wit, then, Aurier is certainly damaged goods, as even the transfer itself was under some doubt after there remained doubts over whether the Home Office would deign to issue the player a work permit owing to his pending court case. That permit was eventually issued, but now Aurier has to produce.

Like last season, he seemingly won’t have competition, at least on the order of the likes of Dani Alves. He also has the positional versatility that Mauricio Pochettino will crave, being able to play in a variety of formations and roles effectively. He will offer more genuine width and ability on the ball than Kieran Trippier, and more experience, particularly in European play, than Kyle Walker-Peters.

What remains to be seen, however, is how motivated he is to succeed not only on the pitch, but off it. Much has been made of a seemingly lacklustre summer from Spurs, but the truth of the matter is, in keeping all of their important players save Walker, the team have the opportunity to reach a higher level of play through their improved cohesion.

Aurier’s blatant disregard for the conventions of attitudes towards his teammates was on full display some eighteen months ago, and even if he is saying the right things, doubts will surely be lurking in the corners of some players’ minds.

Thus, the speedy Ivorian has much to prove on and off the pitch. If he can combine both positional and behavioural discipline to any degree, he could genuinely be one of the bargains of the summer. If things regress, however, he could be nearly as cancerous as he had at PSG, especially in a changing room that lacks the force of character of a Thiago Silva or a Zlatan Ibrahimovic to steady the ship.

Tottenham and their fans will desperately hope for the former, but given Aurier’s last three years, any optimism being bandied about at Wembley should be of the cautious sort.

Bafétimbi Gomis: “My father passed away in my arms.”