FEATURE | SM Caen – defence improved, a side on the up 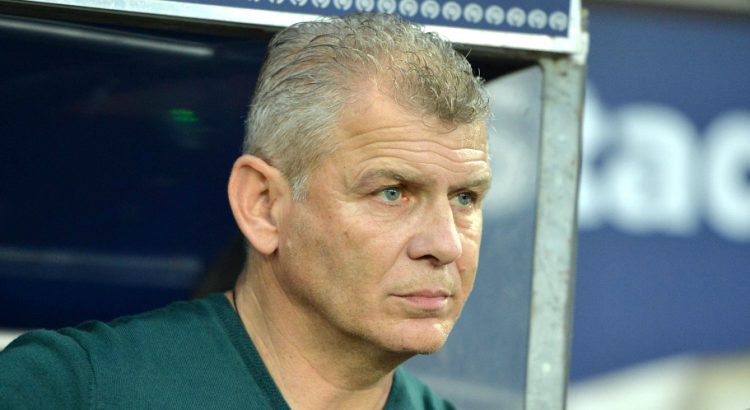 After their very serious flirtation with relegation from Ligue 1 last season, SM Caen, or more pertinently, Patrice Garande, needed to take a long hard look at what caused their almost catastrophic demise and set about ensuring that there is no recurrence during the 2017/18 season.

And on the evidence of the first few weeks, they appear to have not only addressed their shortcomings, but made significant improvements and find themselves in the top half of France’s top league, even having early dreams of securing one of the Europa League places.

Whilst they boast one of the most intelligent strike duos in the league, in Santini and Rodelin, who will pose a threat to any defence, it was clearly their defensive frailty which was their downfall last season, with a goals against tally of 65. It doesn’t take rocket scientist – une scientifique de fusée – to conclude that there was room for improvement.

So far, so good. Only 6 goals conceded in 9 games, which is the joint lowest goals against tally in Ligue 1, matched only by Montpellier, Nantes and early season runaway leaders PSG. So, what have they changed?

Key to their new found defensive solidity is the addition of summer signing Alexander Djiku, a €1.8m signing from disgraced Bastia. Born in Montpellier, the 5’11 inch centre back rejected a move to the Turkish Super Lig with Bursaspor, where he could have doubled his salary, instead opting to sign a four year contract to move to Normandy.

He was also coveted in the summer by English premier league and championship sides such as Crystal Palace, Birmingham and Fulham, who also would have offered a bigger wage than he is picking up at Caen. This kind of sacrifice and commitment is exactly the kind of player and character that Caen look to add to their ranks whenever the opportunity arises.

Alongside stalwart Damien da Silva, Djiku has formed an instant understanding and they look like they have been playing together for a lot longer than the seven games in which they have been partnered. Behind them, the experienced and often eccentric Remy Vércoutre has looked far more focused between the posts than in previous seasons, as if the shock of last season’s close run thing really hit home.

In all honesty, at 37 years of age, fan favourite Vércoutre knows that had the club dropped out of Ligue 1, that would probably have spelled the end of his time in the top flight, and he would have seen out his career in the second tier.

What else has Garande tweaked? In front of the back four he has often opted this season for not one, but often two holding midfielders, martialled superbly by Youssef Ait Bennasser, on loan from AS Monaco. Like Djiku, the Moroccan international has displayed the level of commitment which will have delighted Garande, openly admitting that he would rather play 35 games for Caen than 10 for his more illustrious parent club.

The deployment of this system allows full-backs Frédéric Guilbert and Adama Mbengué, whilst not forgetting their defensive duties, to get forward and support the attack when required.

No matches in Ligue 1 this season involving Caen have featured more than three goals, with the majority – six – being decided by a single goal, and the team has so far kept four clean sheets. Compared to last season, the improvement in these statistics alone is immense.

Coupled with this, they have displayed an impressive resoluteness on the road which was not evident in 2016/17, with excellent victories at Lille and Rennes and defeats by the game’s only goal at both Montpellier on the opening day of the season, and Nantes. The next two away fixtures see the team travel to the south coast for Monaco and Marseille, both of which will provide a significant test to this year’s credentials.

The team are clearly working very hard for each other all over the pitch, from back to front and vice versa. When they lose the ball in the final third, the two front men perform tirelessly, particularly Rodelin, to close down the opposition backline and put pressure on the ball, forcing a mistake to win back possession and allow the creative likes of Feret and Repas to build a new attack. Everyone appears to know their roles in this team and have actually embraced the near miss of last season to turn it into a positive.

It is evident that the shortcomings of last season have been recognised and addressed, successfully so far. Indeed, if it wasn’t for their surprise, and rather disappointing 2-0 home reverse against Angers after the international break, they would currently be sitting very prettily in the Champions’ League play-off spot, in third place.

Whilst they themselves will have been hugely frustrated with that result, they will be delighted with their current position of 8th, which sees them only two points off the European places and must be viewed as significant progress. The early signs certainly indicate that they will not suffer the same nail biting finale as their last campaign.

Claudio Ranieri does not rule out a move to Lyon