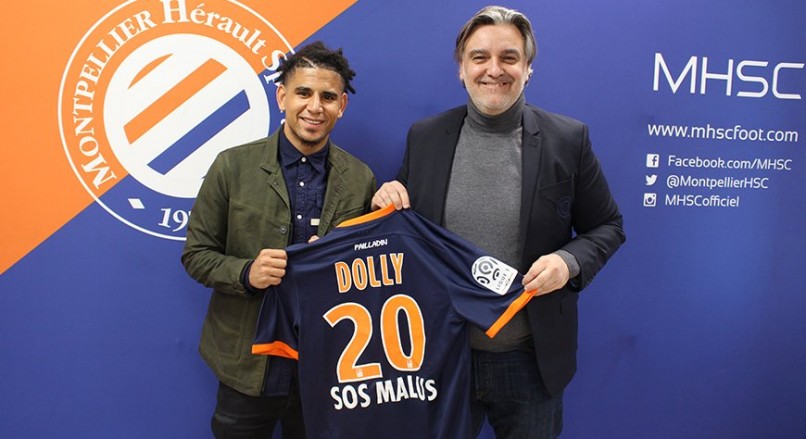 The year 2016 was a good – if not taxing – one for Keagan Dolly… It had a bit of everything, really, and ended with him realising his dream of playing in Europe.

Montpellier paid out €1.7m for Dolly’s signature in January as they took a chance on a player being courted by several different clubs, putting their money where their mouths were as Mamelodi Sundowns played hardball in transfer negotiations.

Now, as he prepares to embark on his European adventure, the talented winger will be looking forward to showing La Pallaide and their fans just what he’s capable of.

When people look at Dolly they see the talented youngster that captained South Africa to their first Olympic Games in 16 years. They see the player that helped Sundowns to a famous CAF Champions League title. And they see a player who – arguably – is the most exciting young player in the country at present.

However, Dolly’s story starts well before 2016… It starts on the streets of Westbury – the same place that raised Steven Pienaar – where the tricky little player was picked up by the School of Excellence, an academy who has helped develop so many South African youngsters over the years.

After being nurtured by the SoE, Dolly was snapped up by Sundowns in the mid-2000s, but was unable to break into the first team and – ultimately – had to force his way out in order to join Ajax Cape Town.

It was with Ajax that Dolly’s star really began to shine. He started against Manchester United in a preseason friendly in 2012, and went on to make his competitive debut for the Urban Warriors that same year at the age of 19.

He won the 2013/14 ABSA Premiership Young Player of the Year award after a blistering second campaign with Ajax, and was now being tipped for future stardom.

It was that same year that Sundowns realised their mistake and bit the bullet bringing Dolly back to Chloorkop for substantially more than they lost him for. Dolly had his critics. People said that he’d killed his career, that he was going to disappear into obscurity with Sundowns, but that never happened.

Under the close watch of Sundowns coach, Pitso Mosimane, Dolly blossomed. Where many thought he’d fall, Dolly stood up and made sure that people took notice. Mosimane is one man who has to be heavily credited for the player’s development over the last three years, but nobody can be credited more than the player himself.

By the age of 24, Dolly has played over 100 top-flight games in the South African league and domestic cups, winning one league title, one Telkom Knockout trophy, the CAF Champions League and a Young Player of the Year award. In January he also became the first South African to be named in CAF’s African Team of the Year.

Dolly played around 60 games for club and country in 2016, and such was the extensiveness of his calendar that literally not a single month went by when the attacker didn’t play at least two competitive games.

It says a lot about the midfielder’s attitude and professionalism that, despite his contractual battle with Sundowns that started in August, his commitment was never questioned up until the day that he left for Ligue 1.

His head coach never dropped him from the lineups, his performances never dropped significantly and he kept playing a major role for Sundowns as they became the first ever South African club to feature at the FIFA Club World Cup.

In Dolly, Montpellier have signed a player whose heart and ability make up for his small frame. A player who has known what it is to fight for a spot and prove people wrong.

For long periods Dolly was overlooked by the South African senior team regardless of his form, but he scored on his return to the side back in June and is now focused on becoming a mainstay in Bafana Bafana’s attack.

His flashy footwork earned him plaudits in Brazil, his first real introduction to the international football fan, but his cultured left foot is something that fans in South Africa have been admiring for quite some time.

Dolly’s ability to beat a man and pick the right pass or cross is something that should serve him well in France, but the step up should also offer him the opportunity to become better, to improve his decision making and make him a more rounded footballer.

It remains to be seen exactly how Jean Louis Gasset will choose to deploy his new big-money signing, but know that as long as he’s shown respect, Montpellier will have a few more fans on the other side of the equator.