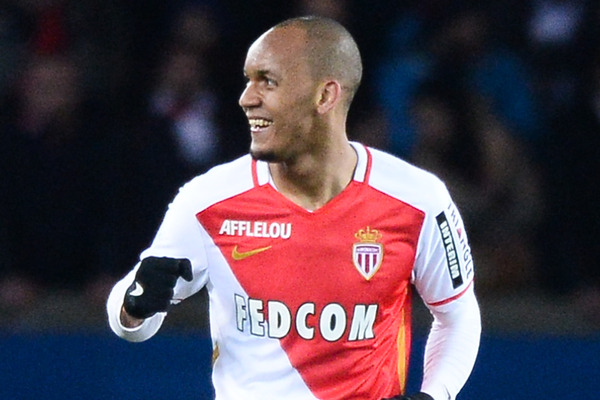 How times have changed. Just a few years ago, Monaco were splashing all the cash, throwing together a collection of stars as they attempted to rush towards a title.

Changing that track to go for younger, hungrier players that they could mould and adapt with the theory of selling them on to continue the process has actually got them there far quicker than the other method seemed likely to. A story that has the little touch of the Football Manager save about it, the principality club’s new philosophy paid dividends.

However, this is not a piece about what has happened around the club. It is well documented, from their scouting network to their talent-building methods, we have heard all that before.

What this is about is how the team has adapted completely under the stewardship of Leonardo Jardim.

The Portuguese’s arrival coincided with the new direction, with the club shrinking their spending from almost €140m the year before to €13m. All of that cash was used to buy Aymen Abdennour from Toulouse, the rest of their transfer dealings were predominantly loan signings with options to buy.

The former Olympiakos coach built on the foundations of the season before, where Monaco finished second behind Paris Saint-Germain on a solid defensive base. They impressed, especially in the second half of the season both domestically and in Europe.

11 wins in their final 18 games, with just two defeats, lifted them from a poor start to third, just four points off Lyon and an impressive record of just 26 goals conceded. In the Champions League, their counter-attacking style saw them beat Arsenal in the knockout stages before only just being squeezed out by Juventus in the quarter-finals by a single goal over the two legs.

That established what many expected to see from the Monegasques under Jardim’s stewardship. A strong base, built to keep teams out while relying on speed through counter-attacks to get them the wins they desired.

His second season got off to the worst start, with a combination of results and player departures crippling his squad. An early exit from the qualifying rounds of the Champions League against Valencia seemed to open the floodgates, with no less than five regular starters heading out the door which included the likes of Anthony Martial, Layvin Kurzawa and Yannick Ferreira Carrasco.

The loss of their defensive solidity occurred in part due to the departures of Abdennour and Geoffrey Kondogbia. When that was mixed with the decision not to make meaningful reinforcements, bringing the slow-motion pairing of Ricardo Carvalho and Andrea Raggi to the fore as first choice, with the occasional use of Wallace when the Brazilian was neither suspended nor injured, their foundation broke down significantly.

Going from that total of only 26 goals conceded the previous season to almost double, they finished with 50 goals let-in, a shell-shock.

They brought in attacking full-backs in the form of Lille’s Djibril Sidibé and Marseille’s Benjamin Mendy, which also allowed Jardim to move Fabinho into the centre of midfield. It was also a shrewd move to add an experienced defender who was not one more fall away from a Zimmer frame in Kamil Glik to add a little more steel to a leaky defence.

This, paralleled with the return of destroyer Tiemoué Bakayoko, allowed Brazilian, athletic Jemerson to flourish next to the Polish international there and voila.

The defensive basis for champions was made. The exploits of Thomas Lemar, Bernardo Silva, Falcao, Valère Germain and Kylian Mbappé are well documented.

As of writing, this team has scored 156 goals in all competitions. That is four more goals than their last two seasons under the 42-year-old combined.

They are now such a joy to watch and claims that they were the best team in Europe to view were not unfounded. The 4-4-2 worked with effortless ease, attacking with real width and endeavour from all angles which defences across Europe have found often too hot to handle.

In fact, only Paris Saint-Germain, Nice, Bayer Leverkusen and Juventus can claim that they stopped them in the 2016/17 season, with the Germans getting a slice of luck against a weakened, already qualified side. That, in any country and at any level, is an incredibly impressive feat.

This is not to say they have forgotten how to defend either, a charge that some might level at Jardim’s men on the basis of their European exploits. As of the 20th May, they have conceded just 29 goals in Ligue 1, their sixth-best ever total and currently only PSG have allowed in fewer.

The stories of this team will be told for a long while to anyone willing to hear it. A club that changed its fundamental ideals to suit their needs, a team hungry for success and a group of players either looking to make a name for themselves or start their redemption tales.

But the real crux of the story is how a manager transformed a team into something completely different to what they were before. That switching of gears, the trust in the players to perform that renaissance and the entertainment they provided in flawlessly executing it will be the real defining factor.

Congratulations to AS Monaco on their first Ligue 1 triumph in 17 years, you have been a pleasure to watch in your current form – long may it continue.