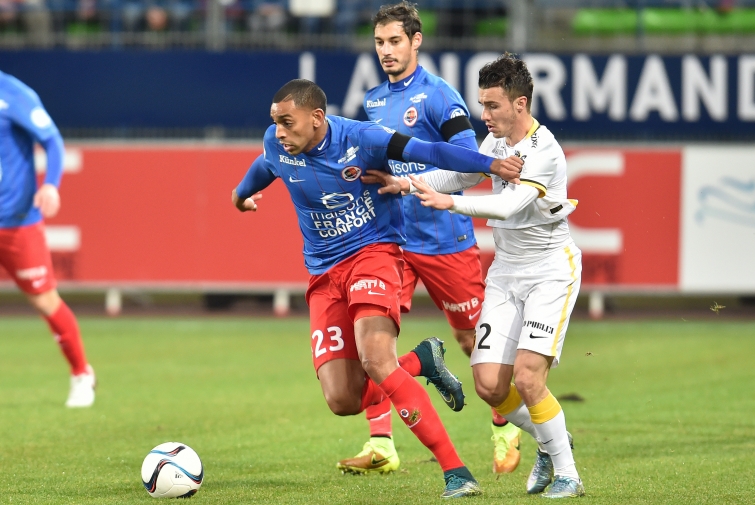 After a summer of waiting, the 2017/18 Ligue 1 campaign is underway. Can AS Monaco repeat their heroics of last season? Will the world record transfer of Neymar help bring the title back to Paris? Will there be another surprise package, a la OGC Nice or to a lesser degree, EA Guingamp? One thing is certain, having survived literally by the skin of their teeth last season one team who will, no, in fact must, be looking for a vast improvement on last term is SM Caen.

They will be seeking a dramatic upturn in both form and fortune after their poor campaign in 2016/17, when only a Ronny Rodelin equaliser at PSG in the final seconds of the league season prevented them from dropping back into the second tier of French football.

Although the season is only three games old, it is not too early to state that Caen must aim for a significant improvement on their home form of last season, which was nothing short of woeful. Ten defeats made it far from a fortress and the biggest reason that they found themselves flirting with relegation. In fact, no team lost more home games in Ligue 1, or conceded more goals in their own back yard, during the 2016/17 season, anchoring Caen firmly at the bottom of the home form statistics table.

Any manager will cite a credible home record as being the basis for survival and Patrice Garande will be no different. It is difficult to work out why his team got it so wrong at the Stade Michel D’Ornano.

There were games where the players looked nervous, particularly against the teams in a similar league position when three points were a must, and other games where the team appeared to simply collapse once they conceded the first goal, resulting in several heavy home defeats. Needless to say, they cannot afford a repeat this time out.

Having had a disappointing start, with two narrow 1-0 reverses at the hands of Montpellier and St Étienne, they certainly should not feel discouraged as the results could so easily have gone the other way in both games. They will be hoping that their excellent 2-0 win at Lille on Sunday will be the catalyst to the start of a good run.

Next up are two home games against teams which, with all due respect to them, Caen really should be capable of taking maximum points off, namely Metz and Dijon, both of whom find themselves in the opening weeks of the season at the wrong end of the table. Indeed, if Stade Malherbe harbour any ambition of a comfortable mid table campaign, these are teams they quite simply must despatch when they visit the Michel d’Ornano.

Buoyed by a busy summer of transfer activity, the club has seen the arrival of goalscoring Belgian midfielder Stef Peeters, for his first taste of French football, Guinean international Baissama Sankoh, Alexander Djiku from Bastia and Moroccan loanee Youusef Ait Bennasser from AS Monaco.

They are also set to be boosted by the imminent arrival of diminutive left sided midfielder Jan Repas from Slovenian side NK Domzale, who, whilst yet to be capped by the full international side, is highly rated in his home nation, having represented his country at all other levels.

Such was the club’s desire to secure his signature, Sporting Director director Xavier Gravelaine, who has worked assiduously for several weeks to get the €1m over the line, confirmed that they granted the player, who has agreed a four year deal, permission to play for Domzale against L’OM in the Europa League qualifying round, before meeting up with his new teammates in Normandy this weekend.

They have also, crucially, and perhaps more importantly, managed to hold on to the much sought after Yann Karamoh, heavily linked with to moves to both the Premiership and the Bundesliga (but admittedly that could change in the final days of this window), and star striker Ivan Santini, who was also the subject of much interest around Europe during the summer months.

Departures include club legend Nicolas Suebe who, after over 450 appearances, decided to bring time down on his career and hang up his one club boots at the age of 38, Jordan Adeoti who moved on to Auxerre and the experienced Steed Malbranque after the expiry of his one year deal.

It is commonly said that there is no point in looking at a league table until ten games into the season, however, it is important to gain early season momentum which ultimately could be the difference between safety and relegation come the end of the season.

SM Caen traditionally are unlikely to challenge at the top end of the table in the top flight and, having one of the smaller budgets in Ligue 1, will never be able to compete in recruiting high profile players, therefore have to rely largely on their youth policy and scouring the market both at home and abroad for players that are both affordable and will fit into their team ethos. Time will tell if they have been successful in their recruitment drive during this transfer window.

Despite the fact that early high fliers St Etienne have already left Normandy with three points, the addition of new blood into the squad, combined with stalwarts such as Vincent Bessat, Damien Da Silva and Julien Féret, along with the experienced and reliable strike partnership of Rodelin and Santini will have fans hoping that they can maintain their early season mid table position, or perhaps even be this years unexpected success. Just as long as there is no repeat of last years nail biting finish.