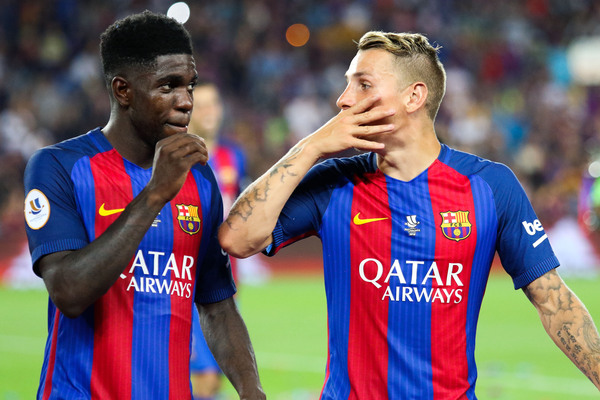 Outside of the bi-annual El Clasico duels, the Madrid derby has established itself as La Liga’s match with the highest hype in recent years. After all the two have contested two of the last four Champions League finals while Atletico have eliminated every side they have faced in the knockout stages with the exception of their city neighbours.

Saturday’s meeting was labelled a ‘must win’ for both sides to ensure they lost no further ground at the top of the table. It was predictably tense yet uneventful, with both sides prioritising the need to avoid defeat. The talk in the Spanish press in the immediate aftermath centred on both trailing league leaders Barcelona by ten points. The lead is not insurmountable, but it is significant and leaves both sides facing the prospect of a year without title involvement.

Whilst Saturday’s clash at the Wanda Metropolitano may have garnered more attention, this Sunday evening sees a mouth-watering clash between the top two: Valencia and Barcelona. Separated by only four points, both are unbeaten and the hosts have won eight successive league games, a club record.

Despite Marcelino’s side trailing by four points, they have arguably been the more impressive side and with no European distractions, are still undervalued in their chances of a shock league title bid. That is largely down to Barca’s own performance level – only two points dropped from 12 games does not tell the story of a side who are efficient yet far from spectacular.

The Catalan giants have a mini defensive crisis ahead of their trip to the Mestalla – Gérard Piqué is ruled out through suspension while Javier Mascherano is sidelined with a hamstring injury. Their only available central defenders are out-of-favour Thomas Vermaelen and Samuel Umtiti. The Frenchman has been a rock at the heart of the league’s strongest defence.

It’s easy to forget the Cameroon-born defender is only 24 – and thus still has several years before reaching the standard peak for those in his position – due to his composure, attitude and tactical awareness. Since his €25m move to the Camp Nou from Olympique Lyonnais in the summer of 2016, he has slowly grown into not just a regular starting spot, but one of the team’s most important members.

He has played every minute of 16 matches already this season for the Blaugrana and since the Spanish Supercopa humbling by Madrid, has been part of a defence to concede only five goals in all competitions. This is a club not often known for their defensive structure but it has been the rearguard action which has proven to be the most impressive aspect of their play this season.

Ernesto Valverde was appointed as the club’s new Head Coach over summer and arguably his biggest success tactically has been ensuring his side are more compact, a motion which is orchestrated largely by Umtiti. Valverde’s predecessor Luis Enrique was criticised for placing too much emphasis on the club’s attacking trio, but with Neymar sold, Ousmane Dembélé injured and Luis Suarez struggling for form, they have managed to improve results due to tactical tweaks.

It would be remiss not to point out that Barca’s run of wins is in large part down to the magnificent form of Lionel Messi – who has already notched 16 goals this campaign – and the imperial presence of goalkeeper Marc-Andre Ter Stegen, who has produced a number of impeccable performances and transmitted a calmness throughout his defence which had not always existed previously.

However, discounting the world’s best player to date this season, Umtiti has offered consistently assured performances, allowing the side to frequently and effectively build from defence. Rarely has he been caught out of position or robbed of possession; the defender can pick a pass, create space for teammates and dribble his way sensibly to safety. Perhaps most impressively of all, he remains composed and does not let his concentration levels drop, forcing shots from range which often fail to trouble Ter Stegen.

Umtiti offers a subtlety in his game, he does not execute the eye-catching slide tackles of Mascherano or Pique’s aerial presence but his skills lie primarily in organising his defence and getting the basics right. It’s a skillset which may go underappreciated by fans but not by players and coaches.

Before the defender’s arrival, the Blaugrana were defensively fragile and vulnerable to pace and incisive attacking, yet now they have a rock who required no settling in time and has improved with each passing week. Even when his side were decimated 4-0 in Paris last February, he managed to keep Edinson Cavani relatively quiet despite having to consistently cover for out-of-position full-backs.

Prior to last summer’s European Championships, Umtiti had just seven minutes of French international experience and his unveiling that summer was at a largely empty Camp Nou. In comparison to Andre Gomes – who had numerous photographers and fanfare – the central defender’s arrival was low-key and underreported, just as his performances have been since.

Abou Diaby on Arsène Wenger: “I will never be able to thank him enough for what he did for me.”