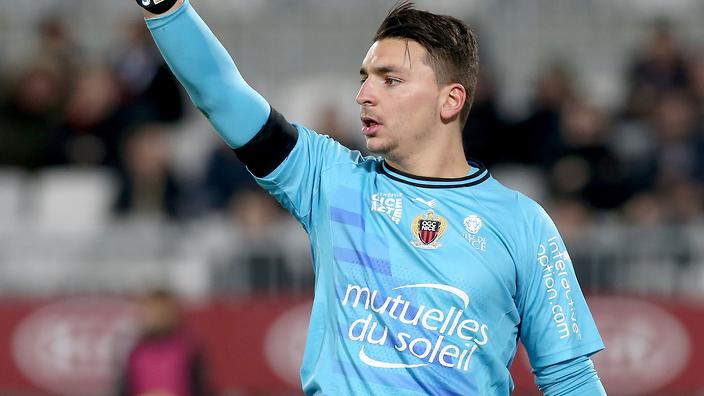 September 21st, 2016, Allianz Riviera. OGC Nice have just beaten AS Monaco 4-0 sending shockwaves through Ligue 1 and signalling their title intentions. Italian striker Mario Balotelli has just scored a brace and accolades are already beginning to arrive to most of the Nice squad. Players such as Alassane Pléa, Jean Michael Seri and Ricardo Pereira have become instantly more recognisable as the world begins to place Nice under a microscope.

However, there is one name that when mentioned elicits only blank stares to those not expertly versed in French football. His name is Yoan Cardinale and he is Nice’s goalkeeper. Standing at just 5ft 11, he does not give the impression of a man of confidence. And yet, it is his vital contributions that deny Monaco taking an early lead.  His performance that day was no aberration, and Cardinale continued his good form from the previous campaign and would end the 2016-17 season as one of the key players in Nice’s Champions League qualification.

Flash forward to the present day and Nice currently languish 14th in Ligue 1 and manager Lucien Favre is under huge pressure. There have been many reasons for Nice’s troubles this season, but a major factor has been the enormous decline in Cardinale’s form. The French goalkeeper has always been capable of making the occasional mistake but he has regressed from the crowd-pleasing shot stopper he once was into an erratic player whose poor performances have already cost Nice several goals this season.

Cardinale’s nightmare of a season began in Nice’s first competitive match of the campaign against Ajax in a Champions league qualifier. Nice were leading 1-0 when Cardinale flapped at a cross giving Ajax an easy equaliser. Cardinale’s next error came in Nice’s 1-2 loss against Troyes. With the match tied at 0-0, Troyes sent a long ball over the top and Cardinale was caught in no man’s land as he rushed out to meet striker Adama Niane who was left with a simple finish.

Since that match against Troyes, Cardinale has made errors against Napoli, Lazio and Marseille. While Nice’s defence has left Cardinale out to dry on many occasions, Cardinale’s decision-making has resulted in self-inflicted wounds. Against Napoli, he ran out to meet Dries Mertens when there was no reason to do so, leaving the Belgian striker with an easy finish.

In last week’s Europa League match against Lazio, Nice had taken an early lead through a Mario Balotelli header when just seconds later Cardinale failed to react after Dante shielded the ball for him to gather. The mistake resulted in an equalising goal for Lazio and the match would end 1-3 in their favour.

Nice’s 2-0 league loss against Montpellier demonstrated the difference a goalkeeper can make to their team’s cause. Nice dominated the first half, but Montpellier’s goalkeeper Benjamin Lecomte made several vital saves to keep the game tied 0-0 at half-time. Montpellier went on to score two brilliant goals to give themselves the three points, but what was forgotten was Lecomte’s vital contribution.

Last season Cardinale often bailed his side out of trouble with saves during crucial moments. This type of goalkeeping security was vital for Nice; a team that played large parts of games on the counter-attack.

The very nature of football is that goalkeeper mistakes are bound to occur, but Cardinale’s form this season has gone beyond an occasional error and become a consistent handicap to his team. Cardinale is not solely responsible for Nice’s woeful start to the season, but his decline has played a part.  While it is certainly possible that he may regain his previous form, Nice are at a point in the season where they cannot afford to keep conceding soft goals.

Nice’s current deputy shot stopper is the 24 year old Argentine Walter Benitez, who made six appearances last season. However, Favre’s unwillingness to drop Cardinale in favour of Benitez, could signal a lack of trust in the Argentinean. If this is the case, then signing a goalkeeper of first team quality will become a priority in the January transfer window.

However, signing players in January is always a hard task and should Nice be unable to replace Cardinale, then the Frenchman could play out the rest of the season as a starter.

Most goalkeepers go through rough spells during their careers, but what marks out the true greats is their mental strength and ability to move on from challenging periods.

Cardinale faces a career defining season. If he continues his mistakes, then a departure from Nice seems inevitable. However, should he recover his form, then ten years from now he may just look back at this period as an aberration in a superb career.

Mario Balotelli: “I did not know about Nice until the terrorist attacks.”

Pascal Dupraz: “I am sure that Yaya Sanogo will become the player he was again.”