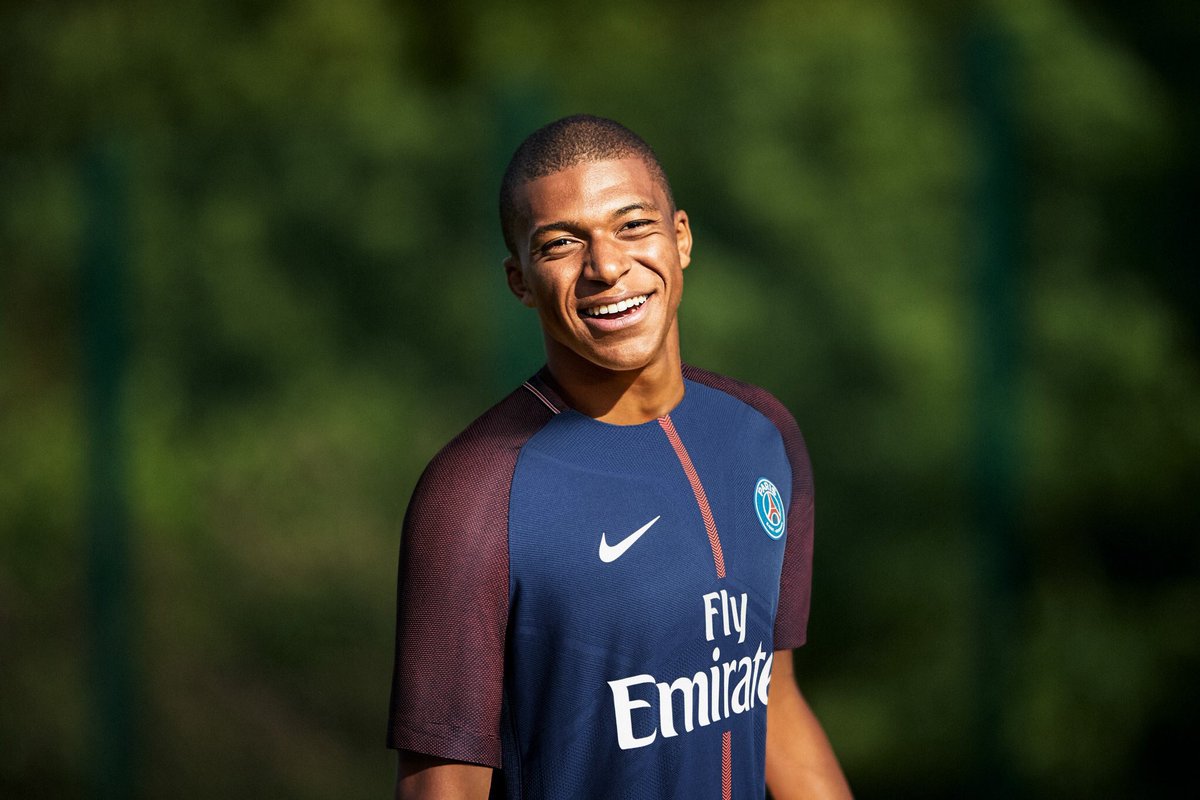 On an evening where the young attacker made the match’s last ten minutes unnecessarily nervy for Paris Saint-Germain, it may seem cruel to single out Kylian Mbappé. His deflection of João Moutinho’s free-kick did fly past Alphonse Areola to cut the visitors’ lead to 2-1 over Monaco, but it’s not only for that instance that the teenager should be taken to task. On an evening where Leonardo Jardim got things horribly wrong tactically, Monaco being cut open on the counter time and again, PSG should have been out of sight by the interval. That they weren’t was often down to the youngster, who showed remarkable selfishness throughout the encounter.

Hubris, self-confidence, call it what you may, it is important for a player to be self-assured, but not to the point of being detrimental to their team’s ability to win matches. Football is a team sport, and no matter one’s reputation, the very best players have always sought to create as well as score. Witness the assist numbers of Leonardo Messi, or even Mbappé’s new teammate, Neymar; as dangerous as those players can be on their own, they have also realised that with a bevy of talented teammates around them, they can reach the game’s greatest heights.

In a season where Paris Saint-Germain have spent heavily, that clearly means success on Europe’s biggest stage, the Champions’ League, a competition in which small margins in team play means the difference between progression or elimination, and not whether a mid-table Breton side is beaten by four goals or three.

Clearly, Mbappé, on the evidence of his season so far, has some education yet to come on this point, accustomed as he may have been to running roughshod over most opponents last season. During the second half of last season, he was irresistible for Monaco, leading the Principality side to an unlikely title and semi-final place in the Champions’ League.

He certainly had talent around him in the form of the likes of Falcao, Fabinho, Bernardo Silva, Thomas Lemar and others, but during that brilliant last few months of 2016-17, even the Colombian played with, if not a deference to, at least an acknowledgement of the youngster’s brilliant form. As such, there was no corrective offered to his play, which was also generally less selfish in the Principality (only six players had more assists in Ligue 1 last season), and whatever bad habits he may have had were largely masked by his team’s performances and a lack of a better option.

Now ensconced in a team of truly elite players, Mbappé has too often this season continued to play with that same determined streak of individualism, and on Sunday it was all too close to being PSG’s downfall. Whether it was failing to pick out Neymar at the far post, not deigning to track back in defence, or neglecting to time his runs to spring the offside trap, Mbappé seemed badly out of step with his teammates, and not for the first time this season.

On both of the occasions when Paris Saint-Germain previously dropped points in the league this season, in draws at Montpellier and Marseille, Mbappé was also similarly single-minded, trying to shoot too often, or from a poor position, or do too much with the ball at his feet.

In hindsight, we can now see the impressive organisation of that Montpellier side, and the strength of character of Marseille; perhaps Mbappé should get a bit of a pass for those instances, but it was much harder to make excuses for his play yesterday evening. Against a poorly assembled Monaco side, PSG should have pasted the champions, but instead were forced to eke out a narrow victory, being nearly undone by a lack of coherence in attack.

Admittedly, the prevailing attitude among the leaders (and not only Mbappé) was generally one of overconfidence, even against Ligue 1’s second-placed side. Neymar was a bit greedy in trying to take on Monaco’s defence with the ball at his feet, and Edinson Cavani had a few wayward shots as well, but one would never fault Mbappé’s fellow forwards for a lack of effort or a level of individualism that sublimates the performances of their team, something that they have proven throughout their careers.

Speaking of careers, while his play Sunday was frustrating, Mbappé is still, we mustn’t forget, just eighteen. After making a handful of appearances in early 2016, last season marked his first full campaign in professional football. Unai Emery, with Adrien Rabiot, Presnel Kimpembe and Alphonse Areola as prime examples, does seem to have the ability to improve young players, especially with regard to their being parts of a cohesive whole.

This even applies to those who may have had a significant amount of prior professional experience, as he has continued that trend this season with Julian Draxler, who displayed an imaginative touch after arriving last January, but often seemed more style than substance, and whose very presence in Paris was the matter of much speculation this summer.

This season, while likely enduring some internal frustration vis-a-vis the arrival of Neymar and his necessary displacement in PSG’s first-choice eleven, Draxler has successfully been converted into a central midfielder. His defensive work still needs some polish, although this is not through a lack of effort, but alongside the more prosaic trio of Rabiot, Marco Verratti and Thiago Motta, the German has provided a necessary creative spark whilst also linking well with Neymar.

Encouragingly for Mbappé and Emery’s powers of persuasion, Draxler was often, particularly during his time at Wolfsburg, similarly looked upon as a malcontent. He was undoubtedly a talented player, but he was also guilty of not attempting to work within the framework of his teammates.

Mbappé is by no means the enfant terrible that Draxler was popularly viewed as, but he is beginning to be in real danger of having his obvious talent sublimated by his selfishness. This is doubly so when one considers that in Angel Di Maria, Javier Pastore and even Lucas Moura, Unai Emery has significantly talented replacements at the ready. Mbappé was dropped for last weekend’s win against Nantes, but that was ostensibly to rest him for the mid-week visit of Celtic in the Champions’ League. Other than that match, he has started every single league match since arriving from Monaco; perhaps he views his place in the team as automatic, and being dropped on merit may offer him a provocation to recalibrate his style of play.

Thus far in his time in Paris, Emery has often seemed loath to drop his most talented players, but Di Maria stands a prime example of how that can be a strong motivational tool for the manager, having kicked on dramatically once he had to fight for his place after the arrival of Draxler. Whether it is dropping Mbappé, playing him in a different role (he had been used as a second striker to great effect against Metz) or simply giving him a stern talking-to, Emery must intercede sooner rather than later with the youngster. For the moment, Paris Saint-Germain are being talked about as favourites for the Champions’ League, but on the strength of yesterday and the aforementioned previous matches, Mbappé, despite his obvious gifts, could be in real danger of upsetting the equilibrium and harmony necessary for that status to bear fruit.

1 | Lucien Favre’s teams are renowned for their tactical rigour and organisation but these were traits the current incarnation of Favre’s Nice side were disastrously devoid of on Sunday lunchtime in the 5-0 home drubbing by a freewheeling Lyon. Catastrophically wasteful in possession, zero defensive intensity and key players, Jean Michael-Seri and Dante in particular, unrecognisable from last season. 7 losses in their last 10 and dropping into the bottom three underlines a malaise that is becoming entrenched for Les Aiglons. Conversely, Lyon’s trajectory remains an upward once. Despite Nice’s failings, Bruno Génésio’s charges again overwhelmed their opponents with the pace, skill and verve that is becoming their signature style.

Lyon were four goals clear inside 37 minutes. The swaggering Memphis Depay renaissance was key to Lyon’s swift counters and unerring finishing in the first half, the Dutchman with a brace, as was supremely talented midfielder Houssem Aouar. The breakout Ligue 1 star’s sublimely weighted through ball inviting Mariano Diaz to net his tenth goal in fourteen games belied the 19-year old’s reservoir of potential and the heights he is already reaching. Monaco’s exuberant young side were the story of last season; Lyon’s are a worthy successor. Nice meanwhile shouldn’t be involved in a relegation fight and still have the class to pull away, Wylan Cyprien’s recent return to training after a long knee injury a welcome one. However, they shouldn’t have challenged for the title last season either and, worryingly for Favre, they’ve been as bad this season as they were good last season.

2 | Marcelo Bielsa’s reign at Lille looks be at an end. Despite the murky circumstances surrounding a suspension from his duties by the club this week and whether these situations are of completely of his making or not, after bizarre exits from Marseille and Lazio previously, the situation carries a degree of inevitability. Early reports that an unauthorised trip to Chile was the cause of Bielsa’s suspension turned out to be false and it now seems that relationships between the Argentine and his staff, the players and board have completely broken down.

Sporting Director Luis Campos and Bielsa have seemingly irrevocably fallen out, while Lille’s squad have become increasingly frustrated with the unwavering 3-3-3-1 setup and being played out of position to accommodate it. El Loco, supposedly demanding a €12.5m payout to leave the club, was denied access to Lille’s training ground last week and while surreal images of him watching Lille’s 3-0 loss at Montpellier on a laptop in a Lille restaurant circulated Twitter his staff collected all their belongings from their offices, his sacking now apparently imminent. His fate will be decided at a meeting with the Lille hierarchy early this week as owner Gerard Lopez’s vision of his ‘LOSC Unlimited’ project verging on failure alongside Bielsa’s, his marquee signing, as it’s coach.

3 | Wahbi Khazri turned into something of a punchline in the Premier League, his wayward displays punctuated a hapless Sunderland side’s poor performances as they lurched from one disaster to another, but since joining Rennes over the summer he has begun to rediscover the form that made his Bordeaux’s talisman and Sunderland take an interest in the Tunisia forward to begin with. A typically nonchalant flick on his debut in the 3-1 win at Marseille announced his return to France and a double in the 2-1 Breton derby win over Nantes this Saturday afternoon cemented his hero status at Roazhon Park, for the time being at least.

The Breton region is somewhat congested in terms of Ligue 1 clubs but Rennes and Nantes continue to harbour the most ferocious of the many rivalries and matches between carry fervour second only to the Rhone-Alps meetings between ASSE and OL. Sabri Lamouchi’s first win as Rennes boss pushed his new side into the top half at the head of jam-packed mid table and meant a third loss in four for Ranieri’s Nantes.

It says a great deal about the Italian’s effect on Les Canaris that despite the poor run they remain in 5th and as strong European challengers, a tough looking run of Monaco, St Étienne and Nice in their next three will be crucial for their long term ambitions. Rennes meanwhile remain on an upward curve and with Khazri hitting form and the marauding Ismaila Sarr yet to return they could challenge their neighbours for a top 6 berth come May.

WATCH | Dugout documentary lifts the lid on the passion behind Marseille

Kylian Mbappé to PSG – the secrets behind summer’s strangest deal