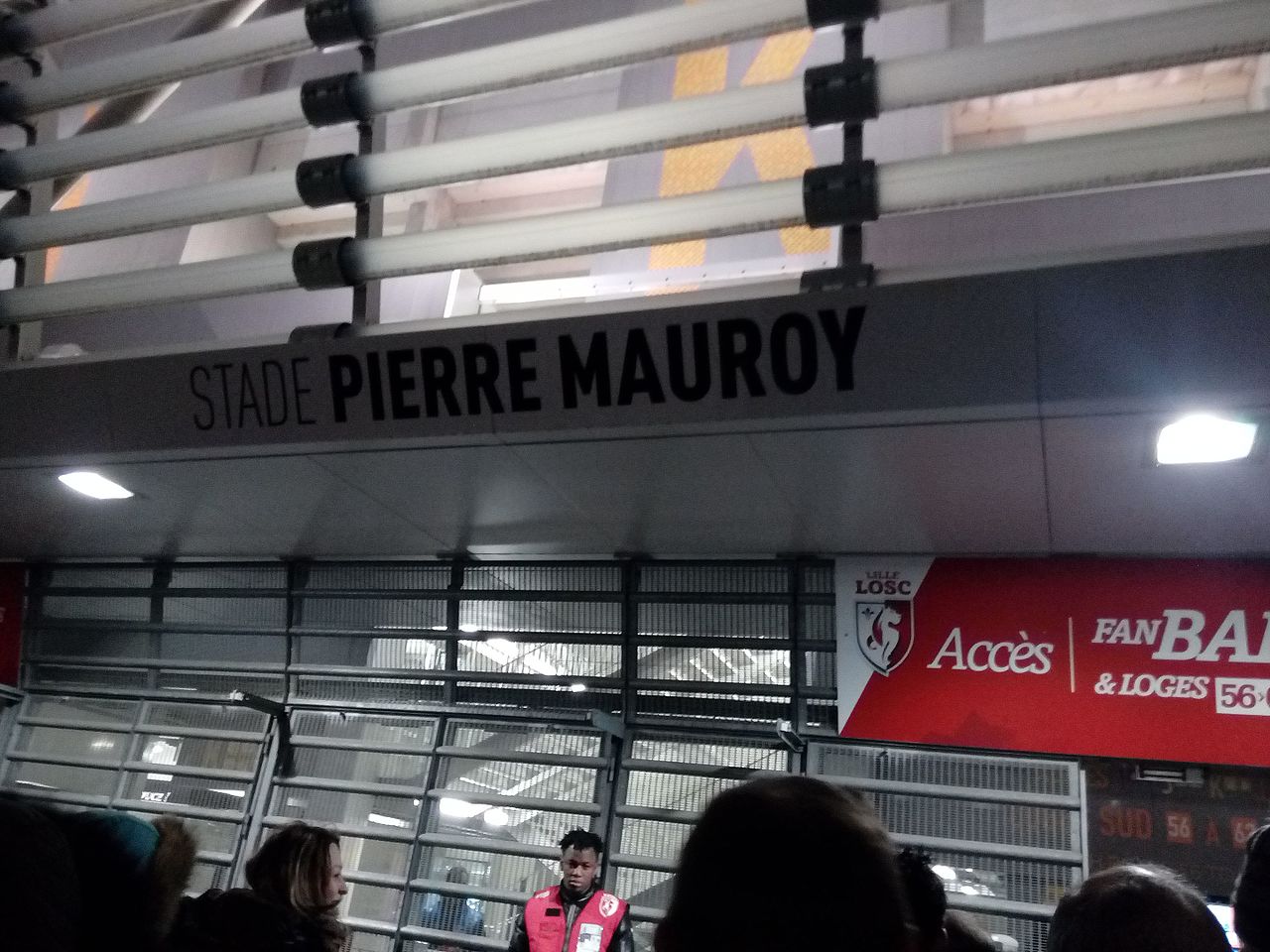 Sitting and watching football is what Marcelo Bielsa does best. A touchline icebox doubled as his perch at Marseille, made famous by an unfortunate incident with a rogue coffee cup, he sat oddly unflinching on the Lille bench as his assistant had a blazing argument with the fourth official inches away during the trip to Amiens last week and he has even supposedly trained himself to sit and watch multiple games at once with the aim of picking out patterns of play. But as El Loco sat in a Lille restaurant, suspended from his duties and sacking imminent, watching his Lille side lose 3-0 at Montpellier on a laptop, Marcelo Bielsa’s fiery, enigmatic, mad-scientist persona seemed to ebb away and was replaced by a sense of inevitability and déja vu.

Despite the fanfare surrounding Bielsa’s arrival and his perpetual aura that bred genuine hope of a renaissance for Les Dogues under his tutelage, this disappointingly short episode of El Loco’s career has proven to be simply the latest lap of what has become a vitriolic, vicious cycle; disaster rarely far away. To solely blame Bielsa for bizarre departures from Marseille, Lazio and now Lille would be wrong but the bizarre situations that led to recent resignations, this will be his first genuine ’sacking’ for some time, all have one common denominator.

Bielsa’s perceived lack of control over the squad and the deterioration of his relationships as a result, in parallel to other recent abrupt departures, has again proved pivotal. Dissatisfaction at the loss of (and indeed lack of replacements for) Dimitri Payet, Florian Thauvin, André Pierre Gignac and others during his first summer at the Vélodrome preceded what the Argentine claims was an unsolicited reduction in pay and an increasingly belligerent relationship with prominent club officials while his 48-hour flirtation with Lazio ended due to the club’s inability to sign any of Bielsa’s transfer targets.

New Lille owner Gérard Lopez’s vision of transforming Les Dogues into a breeding ground for young talent orchestrated by Bielsa’s footballing ideology, a project the club have cringingly branded “LOSC Unlimited”, brought with it former Barcelona VP, Marc Ingla and Monaco Technical Director Luis Campos. Perhaps inevitably, the control Bielsa demanded has, in his eyes, been slowly eroded by Campos in particular and the relationship between the two men has become irrevocable. A situation which lead to Bielsa’s suspension after the 3-0 loss to Amiens last Monday although Campos has reportedly wanted “El Loco” gone for some time, rumours that an unauthorised visit to Chile caused the rift have proven to be false.

From a distance, it seemed Bielsa’s purview remained unfiltered over the summer as a huge overhaul of the playing staff drastically altered the landscape at the Stade Pierre-Mauroy with 22 players leaving and 17 joining in the last year. This remaking of the team started as soon as Lopez’s ownership of the club was ratified on the final day of the January window when 7 players were hastily bussed in before Bielsa’s arrival was announced, although heavily rumoured at the time, in February. However, these dealings were not approved by Bielsa despite his impending appointment and Campos has continued to take the lead on player recruitment since. Perhaps tellingly, Thiago Mendes, one of few outright Bielsa picks, has been a revelation in Ligue 1 this season.

Nevertheless, whether the influx was largely of Campos or Bielsa’s making, a very young and brand new team was going to take time to coalesce into one of the exuberant, gung-ho outfits that Bielsa is famous for building. However, since the 3-0 opening day flattening at the hands of Claudio Ranieri’s Nantes, Lille have been more lethargic, disjointed and wayward in front of goal that could have been foreseen, the decision to sell last season’s top scorer Nicolas de Préville to rivals Bordeaux no small factor and again a choice not taken by the manager.

Disagreements aside, a run of 9 games without a win that only produced 3 goals has seen Les Dogues floundering in the bottom three since and it seemed that Bielsa’s time had elapsed and that Campos and co. were right to want him out as their team looked capable of nothing better than a relegation scuffle. However, despite Campos’ influence, Bielsa remained the marquee signing for Lopez’s rebranded Lille; his footballing philosophy it’s centre-piece and the former Bilbao manager’s presence one of its key selling points, meaning removing him so early would be an admission of the project’s failure.

Nevertheless, the need for ‘LOSC Unlimited’ to succeed on financial and by extension sporting levels in the relative short term eventually combined with Bielsa’s rapidly depreciated relationships with both Campos and his players, who have become frustrated with the unwavering 3-3-3-1 setup and their coach’s insistence in deploying some of their number out of position, became too difficult to ignore after the desperate loss to promoted Amiens.

This was despite a brief upturn in results as Lille beat the hapless bottom club Metz and a St Etienne in chaos after their derby drubbing by Lyon. For now Bielsa remains in some bizarre form of Ligue 1 purgatory, awaiting a final decision on his future, Lille unwilling to pay the €9.5m it would cost to have him leave. The superb 2-1 win at second place Lyon last night might be a sign that Lopez should concede and pay up.

Pep Guardiola famously described Bielsa as “the best coach in the world” while those managers seen as his disciples such as Guardiola, Jorge Sampaoli and Mauricio Pochettino, are famed for their own similar departures from coaching norms. However, few follow the Argentine’s methods to the letter and, broken promises aside, it now seems as though Bielsa may be the latest manager which modern football has simply left behind. Disputes with the now ubiquitous directors of football and haughty frustration at a lack of ‘his’ signings bypasses recognition of the way in which the sport now conducts itself and the ever impinging disparate and conflicting motivations of players, agents, presidents and so on.

Marcelo Bielsa is ‘The Professor’ to some; an innovator, influencer and tactical genius and the combustible, enigmatic, mad-scientist ‘El Loco’ to others. But after this latest madcap run at management, the balance between the two schools of thought might be starting to shift and in truth he may now be neither genius nor enigma, simply a man sitting with his laptop watching along with everyone else.

1 | Bordeaux were finally back to winning ways on Tuesday evening, earning three points for the first time in more than two months, 3-0 at home. A St Étienne side still finding its feet under the team of Julien Sablé and Jean-Louis Gasset were easy pickings, but Jocelyn Gourvennec’s decision to play a reactive 4-2-3-1 as opposed to the team’s habitual, plodding 4-3-3 seems was handsomely rewarded. With François Kamano and Nicolas De Préville both suspended, some changes were inevitable, but the manager also dropped Younousse Sankharé in favour of the more prosaic duo of Otávio and Lukas Lerager. The pair, freed from much attacking responsibility, did well to control the match by playing a series of long balls and breaking up play, with Alexandre Mendy’s aerial ability seeing the side have a defined focal point. Mendy used his physicality to great effect, menacing the visitors’ back line on his way to a brace. Most Ligue 1 opposition won’t seek so much of the ball, but on the whole, Gourvennec’s game plan was superb, and provided a result which could well be the tonic the club need to resume their push for a top six finish.

2 | Florian Thauvin continued his good form of late, notching a goal and an assist to lead Marseille to a 3-0 win at Metz. Les Grenats hardly offered the sternest resistance, but after a limp display at home to Guingamp on Sunday, the result, coming as it did in concert with losses by Monaco and Lyon will do wonders for the team’s confidence, especially with a daunting encounter with Montpellier looming on Sunday. More to the point, though, Thauvin continues to thrive; where last season he could lean on Bafétimbi Gomis and Dimitri Payet to share the attacking work load, the current one has seen the winger offer up much of the team’s impetus on his own. A better defence and the sublime Luiz Gustavo have helped as well, but Thauvin’s steady improvement from the petulant youngster who moaned his way out of Lille continues apace, and looks be dovetailing nicely with Marseille’s progress as a club.

3 | After wins from Lille and Nice, the club looking most like chasing Metz into Ligue 2 now appears to be Angers. After just one loss in their first nine matches, Le SCO are now winless in six, and with Montpellier, Nantes and Monaco to come before the winter break, no respite appears on the horizon. Stéphane Moulin has attempted to evolve his side from a no-frills outfit relying on physicality into something more aesthetically pleasing, but with things yet to click going forward, Angers are now subpar in both defence and attack. Karl Toko Ekambi has generally been a force in attack, but a raft of talented youngsters bought in the summer have failed to play with any consistency. Enzo Crivelli, Angelo Fulgini, Baptiste Guillaume and Lassana Coulibaly have all had their moments, but have more often than not flattered to deceive. Moulin, in response, has frequently changed his line-ups, chopping and changing at will as he seeks to find an ideal eleven. His newfound penchant for experimentation is yet to pay off, and the veteran manager could find his job under threat despite his achievements to date.

Real Madrid have entered into talks to sign David Luiz