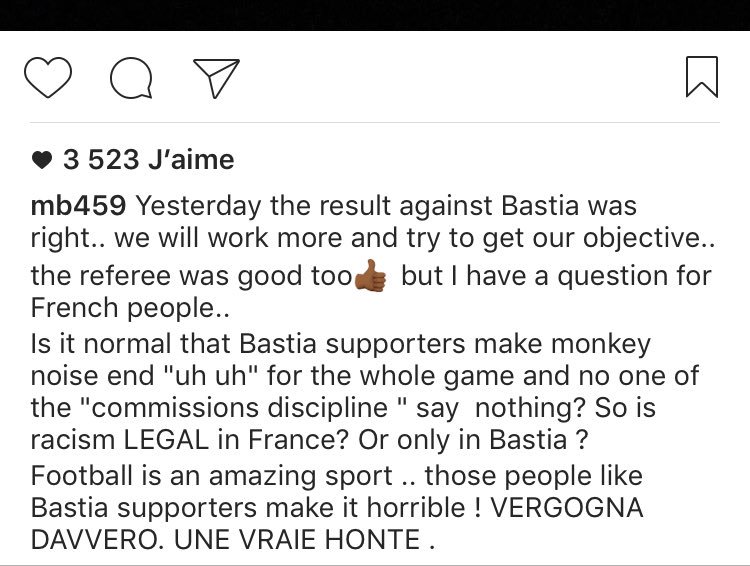 OGC Nice stuttered to a 1-1 draw last night at SC Bastia, which puts them provisionally at the top of the Ligue 1 table again, but they could finish the weekend 2 points off of the pace in the event of an AS Monaco victory.

On Instagram, Nice striker Mario Balotelli moved to condemn what he described as racist monkey chanting from sections of the SC Bastia crowd at the Furiani last night:

“Yesterday the result against Bastia was right… we will work more to get our objective… the referee was good too but I have a question for French people… Is it normal that Bastia supporters make monkey noise end “uh uh” for the whole game and no one of the “commissions discipline” say nothing? So is racism legal in France? Or only in Bastia? Football is an amazing sport… those people like Bastia supporters make it horrible!”

The LFP will likely launch an investigation into these allegations from Mr Balotelli.