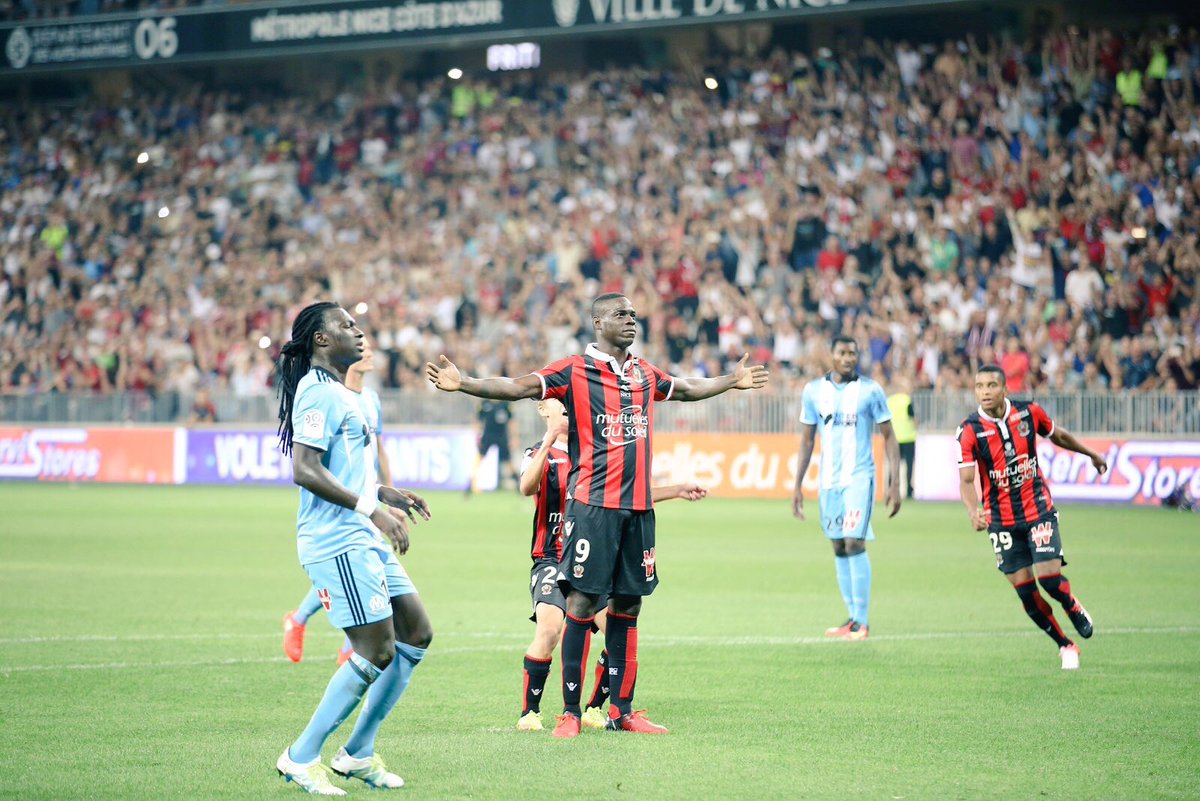 American Surfing legend Laird Hamilton once said: “Make sure your worst enemy doesn’t live between your own two ears.”

Mario Balotelli, it seems, has not heeded this advice. Time and time again, the Italian striker has self-sabotaged his career and fed the whispers that maybe he does not have the right mentality to ever fulfill his potential.

This pattern repeated itself on Saturday when Nice were playing away to Nantes. In the 84th minute with the match tied at 1-1, Lucien Favre decided to introduce Mickaël Le Bihan in the place of Balotelli. The Italian reacted badly to the substitution and made almost no effort to get off the field quickly.

Let us be clear; no player likes to be substituted. Arjen Robben’s reaction to being substituted against Borussia Mönchengladbach just last weekend proves this. Balotelli is certainly not the first player to produce a bad reaction to the news that he was being withdrawn, and he will not be the last. However, there is a clear difference between Balotelli’s incident and Robben’s. Bayern Munich were in the lead at the time of Robben’s substitution and looking to close the game out. Nice on the other hand were chasing a goal and running out of time.

Balotelli’s reaction was not only disrespectful to Lucien Favre and his coaching staff, but his slow to walk to the sideline wasted precious time as Nice searched for a goal that would keep them in the title race. If this was a single occurrence, then this article would not need to be written.

Most players lose control of their emotions at some point in their career and this emotion is part of why we love football. In the case of Balotelli, however, this is no unique incident. This level of immaturity has reared its ugly head consistently throughout Balotelli’s career, and instances that were once simply chalked up to inexperience and being young, has become a full-blown disease. Balotelli is now 26 years old and has not overcome his petulant side.

“Super Mario” is undoubtedly a player with huge ability and a man who possesses more talent in his pinky toe than most players can ever hope to achieve. However, there comes a time when players must make the leap from being players with potential to genuine stars. Balotelli has never made this leap. In fact, it can be argued that he has regressed as a player.

Balotelli’s Nice career started with a bang as he scored twice against Marseille and followed this up with another brace against Monaco. Immediately after these performances, there was talk of Balotelli reviving his career and finally fulfilling his potential at the French club.

Sadly, these headlines would not come to fruition. Balotelli has impressed in brief spells, but the initial excitement around his arrival in Nice has started to fade.

This is partly because of his lacklustre effort during games, and partly the result of an explosive Valentin Eysseric interview in which the midfielder stated that Balotelli “Looks like he wants nothing to do with us.”

Eysseric followed this up by saying: “It is a shame he lets his head drop, you see him in training every day. He’s such a great player.” Eysseric seems to have summed up Balotelli’s football career as a whole. Unfortunately, Balotelli’s form has become progressively worse since his first two games for Nice, and during the last nine Ligue 1 matches he has scored just twice and been sent off the same amount of times.

In addition, Balotelli has contributed almost nothing to Nice’s attack and has looked unfit and downright disinterested at times. As a result of this and the injury to Alassane Pléa, Nice have been left with almost no focal point upfront and have struggled to stamp their authority on matches. Lucien Favre has turned to other players in the wake of Balotelli’s poor showings and has seen a positive impact.

Perhaps Balotelli should look to his fellow strike partners at Nice as an example on what is required of him. Anastasios Donis is a hungry young player who has shown a willingness to work for his teammates that Balotelli obviously lacks. Or perhaps Balotelli should look at the man who replaced him on Saturday, Mickaël Le Bihan. Le Bihan spent 16 months injured with a horrific leg break, and on his return to the first team scored twice against Montpellier, to turn the match around from a losing position to a winning one. For Le Bihan, simply the joy of being able to play football again was reward enough. Perhaps Balotelli could learn something from his teammate. Football careers are short and Balotelli is quickly burning bridges with likely one of the last teams that was willing to take a chance on him.

Nice have seen their Ligue 1 title hopes fade during the last two months, and while this cannot be solely blamed on Balotelli, he has certainly been a large factor in their recent slide. Lucien Favre now has a choice to make, with 3rd place and Champions’ league football almost assured, should he continue to select the Italian or select other options like Donis and Le Bihan? In football, certain players often get special treatment from managers and are allowed certain vices. These managers understand that the level of production they get from these types of players justifies the freedom they are given. Balotelli has not earned this freedom.

Balotelli has not carried Nice towards the title. He is the same petulant player that he was at previous clubs, and his level of play has not justified the selfishness he has displayed. For the good of Nice as a club, Lucien Favre must be ruthless and bench the Italian striker.

If Balotelli leaves in the summer, as seems likely, then he will have left another club in his wake. It seems that the story of Super Mario and all his wasted potential will continue for the foreseeable future.

Mounir Obbadi out for a month