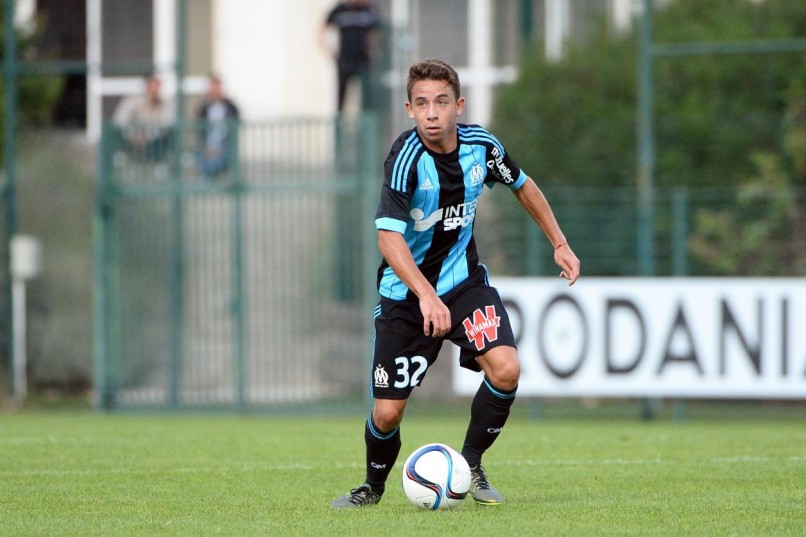 “I used to attend matches when I was a kid, I’d hear the crowd chanting a player’s name. Now it’s my name being chanted and that feels very special.”

As he stated in that particular interview with the press earlier this season, Maxime Lopez has a special connection with Marseille and feels like he is living the dream that so many others around him shared. A local boy who has finally got his chance after years of speculation about his potential stardom, he is finally starting to show that he was worth the wait.

His first league appearance came off of the bench against Guingamp in August, but despite the 2-1 defeat, Lopez had an instant impact in setting up the consolation goal for Florian Thauvin. At just 18, he had announced his arrival and ever since then, he has been one of the first names on the team sheet.

A series of great performances followed, including Man of the Match awards against Nancy and Lille before winning the Ligue 1 Player of the Month award for December. A terrific reward for his rise under new boss Rudi Garcia, as the diminuative Frenchman began to become the heartbeat of the Stade Vélodrome.

That is not to say he has not been hit with any adversity this season. He was shown crying after being taken off in the 3-1 defeat to Lyon in January, mocked for showing an emotion common to many when frustrated, before being substituted after just 30 minutes on Sunday against Nantes.

The latter looked to be more of a tactical switch than anything else, but Lopez also failed to get himself involved in a game that quickly ran away from Marseille. A wake-up call for the youngster, a reminder that while he has been superb so far, he will not be guaranteed a place every week unless he puts in the work required.

What stands out about Lopez the instant you watch him is how comfortable he is with the ball at his feet. Regularly compared to fellow Marseille youth graduate Samir Nasri, the 19-year-old displays the similar neat control that the Sevilla man possesses and the ability to weave around players whilst keeping the ball tied to an invisible shoe string.

Combine that with his great eye for a pass and you have the makings of a real playmaker. His four assists attest to that, along with the 1.6 key passes per game, he has constructed an array of defence-splitting moves that would make anyone stand up and notice.

Those two attributes make him a real joy to watch with the football. He is always looking forward, calculating whether there is the opportunity to run with the ball or play it forward to create an opportunity and that is also not to say he is doing it selfishly, Lopez always seems to be thinking two moves ahead when one of his passes could put a team-mate in the position to play a killer ball.

He also has a wonderful attitude to the game, always looking for a pocket of space and demanding the ball be played through him. This was most evident during OM’s recent win against Montpellier, where he was a real handful all evening, breaking from midfield and wandering into the gaps between the midfield and the defence.

Lopez also has quality from set-pieces, shown off with his lovely floated free-kick that led to Rolando’s goal against Monaco. The quality he can bring from the ball being in his possession, along with him demanding to be consistently involved to control the game, is something that can be so rare to find in a young midfielder.

However, that also comes with a tinge of unbridaled passion for winning. The tears after being substituted against Lyon may have had OL fans chuckling but it also showed Lopez’s desire, his almost desperation to win and his commitment to being involved in any success or defeat.

Simply put, he does not want to go down without a fight.

That is shown in his eagerness to track back, which is exacerbated by his tendency to be a little more than clumsy in that area. He rushes into challenges, often barrelling into opponents that have led to dangerous free-kicks or the odd yellow for Lopez.

He is not a dirty player but it is something to speak of the comparisons to Marco Verratti as well. They are occasionally too rash and he could work on getting back in front of the attacker rather than making a riskier challenge.

Also his physical stature, at just 1.67m, does not help him much in the air. His ball control makes up for it when he is trying to hold off tough challengers but unless he can become an NBA-style leaper, he is never going to threaten anyone off the ground.

That being said, he can work on his positioning to disrupt others. Again, taking a leaf from the NBA, he can look to use his body to box out other players in a challenge, putting them in a disadvantageous position leaping over him and creating fouls rather than fighting a losing battle.

Finally, he needs to add a little more of a goal threat, especially when he is employed in the number 10 role behind the striker. Just one goal this season, while well taken, is not enough but adding that to his game would really make him a dangerous player in the final third of the pitch.

With a club looking to grow and a team that could be slowly built around his talents, Lopez could be at the right place at exactly the right time. He broke through just as the takeover was nearing completion and has been a mainstay ever since, cementing his place within the starting eleven and in Marseille fan’s hearts.

If he keeps showing the same aptitude as he has so far, after signing an extension this week until 2021, he could characterise the Stade Velodrome side’s big revival: young and French. Put a solid foundation behind him, keep encouraging to play the game in his way and watch him flourish into one of the most exciting midfielders in Europe.