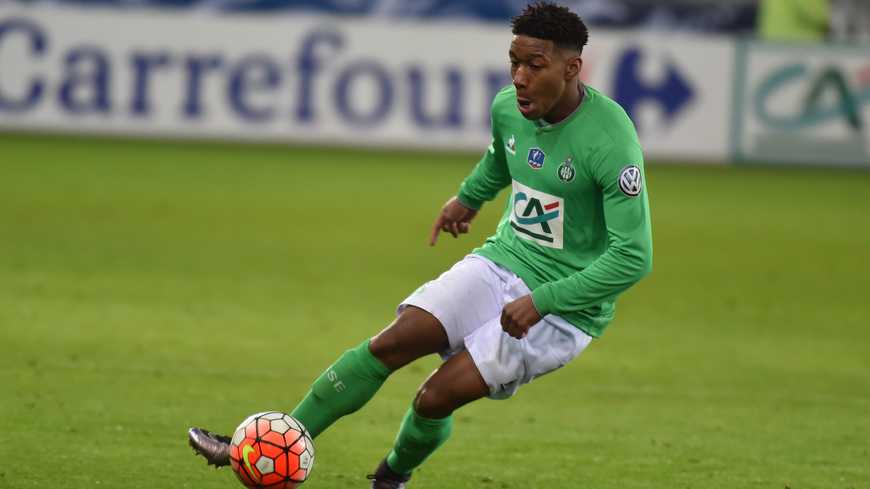 Sounds hyperbolic? Ask those who watched Monaco burst into life in large part thanks to the industry of Benjamin Mendy and Djibril Sidibé or Real Madrid fans about how much Marcelo contributed to their Champions League success or Barcelona fans about their Dani Alves-sized hole last season.

That’s why Saint-Étienne fans have every right to get excited about their very own Ronael Pierre-Gabriel. A young man thrust into the first-team on a permanent basis and with the potential to be on the periphery of the national team, desperate for an extra operator at wing-back sooner rather than later.

The Paris-born footballer started with a number of local clubs, including ES Parisienne, before joining ASSE’s youth setup in 2014. The 19-year-old admitted in an interview with the club’s website that he had interest from Inter Milan but his father’s admiration for Les Verts and his belief that he could become a starter quicker with the Ligue 1 side proved to win out in the end.

He was absolutely right as Saint-Etienne integrated him quickly, playing just 10 games with club’s second side before being promoted to the senior squad in 2015 aged just 17.

In fact, he had only trained with the full squad for three full weeks before being thrust into the cauldron that is the Stade Geoffroy-Guichard against Guingamp. A comfortable 3-0 win followed, with him showing enough to earn a further seven appearances that season in all competitions.

However, it wasn’t quite the springboard some predicted. Christophe Galtier opted to integrate the player cautiously, in part for his development but also given the form and quality of Kévin Malcuit ahead of Pierre-Gabriel at right-back, which meant the youngster was limited to just 14 games for the 2016/17 campaign.

With Malcuit moved on, it looked like the Pierre-Gabriel would be firing himself into the starting line-up on a permanent basis. Yet there has been another slight set back, as the club brought in former Celtic and Manchester United man Saidy Janko to play again in his preferred position.

This time though, there would be no stopping RPG from exploding into life.

Operating in a number of positions, the 18-year-old has shown flashes of real brilliance. He has started every game this season, showing the faith that Oscar Garcia has in his abilities while prominently playing away from where he would like to be on the field.

His performance against Amiens was the most eye-catching so far, where his defending was exceptional. In the first half, an Amiens forward ran in behind the Saint-Etienne defence with just the goalkeeper to beat.

That was until an RPG came flying in.

He had absolutely no right to get to the ball, he was almost as far away from the attacker as the latter was from the goal but somehow, someway, he bust a lung just to deny him any opportunity. It was eye-opener, a sign of potentially things to come.

As you might expect, Pierre-Gabriel is pretty quick. A staple of many full-backs in the modern game, his ability to cover the pitch in rapid time is an asset both defensively and offensively.

His defensive acumen at such a tender age is also hugely impressive. He times his tackles well, he stands up to the challenges of one-on-one defending out wide and holds his position well to a point where he can cover his centre-backs when needed.

While small in stature, he’s also not afraid to throw his weight around, using his body well to stick a wedge between the opposition and the ball when he has to.

The most impressive attribute that he currently harbours in his own third is his ability to anticipate potential mistakes. Saint-Etienne have pretty slow centre-backs, so having someone with not only the speed or quality to cover but to be ready in case that situation arises is rare to find, even in experienced campaigners.

He’s versatile, having operated at left-back, right-back and centre-back so far in his short career. The ability to play both full back positions will be a real benefit in the long run but unless he’s in a back three, his lack of height or ability in the air drastically hinders his chances of being effective centrally on a regular basis.

But that’s just as well because he’s also dangerous in the final third. A competent dribbler, who can use both feet and tends to pick the right option more often than not in the final third, whether it be a floated ball into the box or a pull-back after breaking to the byline.

The real shame is that those chances are rarely taken. Saint-Étienne have lacked goals for the past few years but even this season, where they have looked a little more competent, they have wasted some good opportunities laid on by Pierre-Gabriel.

He’s also not quite the finished project just yet. Occasionally he can be a little rash or overzealous, shown perfectly in his quite absurd handball against Angers.

Credit to his manager, who said in the aftermath: “Indeed, I exchanged with him. Rony is young and at that age we can make mistakes, on the field but also in life. The next important thing is to learn from its mistakes and avoid replicating them. Today I am satisfied with Ronaël’s work since the start of the season.”

Having the backing of Garcia in this regards will only help him grow. A muscular injury kept him out of the French U21s recent fixtures but with Benjamin Pavard, Kelvin Amian, Lucas Hernandez and Olivier Boscagli all fighting for those positions, it will take a big effort to become a regular starter like he has at previous French youth levels.

Pierre-Gabriel has always had great potential but this season could really define if he’s going to fulfil it or be another full-back that flatters to deceive. He has all the tools, he’s got all the backing he needs, now it’s time for him to piece it all together and become one of the shining young lights in Ligue 1.

Aymeric Laporte: “Spain are more interested in me than France are.”