UNDER THE RADAR | Baptiste Reynet 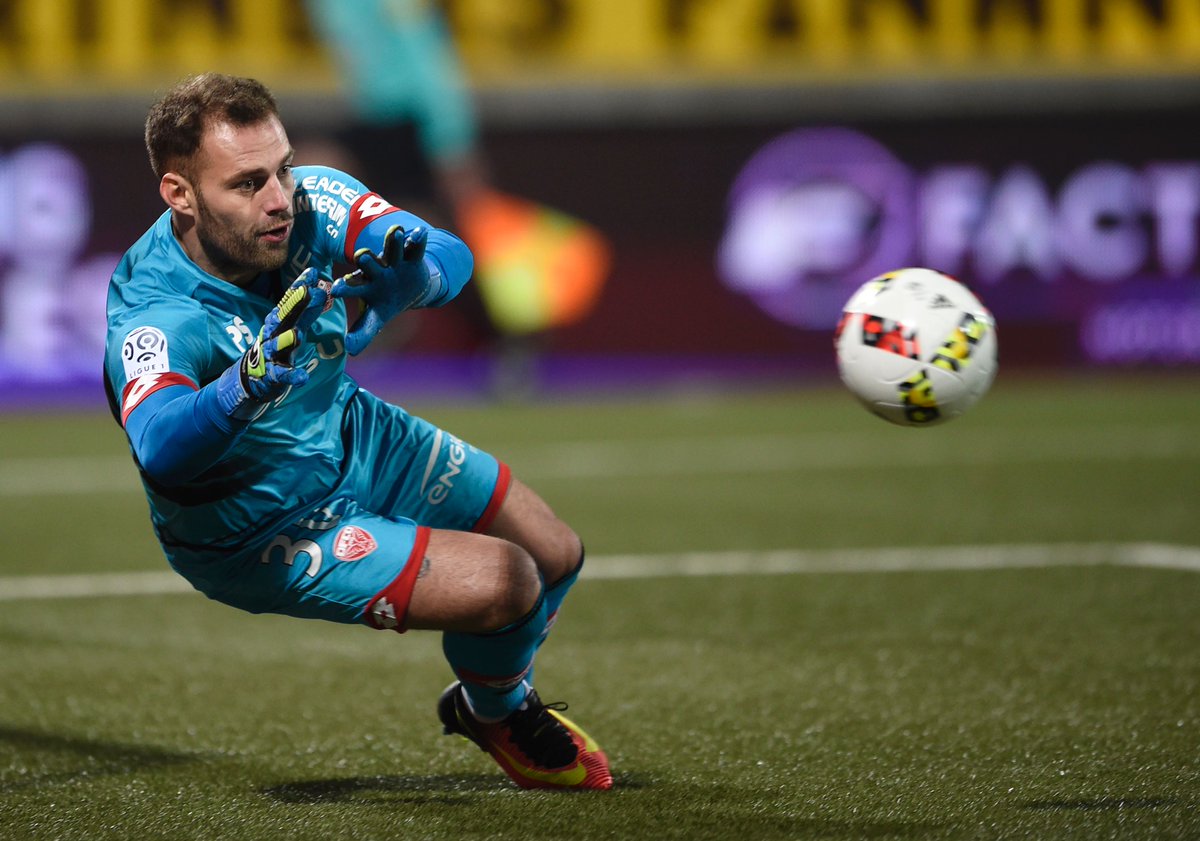 Born in Romans-sur-Isère, in the southeastern part of France, Baptiste Reynet’s peripatetic career has made his rise to Ligue 1 a somewhat unorthodox progression, but it should do little to diminish the regard in which he is held. While much of Dijon’s attacking play has caught the eye, their consistently excellent goalkeeper has perhaps gone under the radar, his career having seemingly stalled after failing to displace Benjamin Lecomte at Lorient. Still just 26, his efforts had much to do with Dijon earning promotion last season, and he has been one of the club’s primary reasons for their staying on track to retain their top-flight status.

Reynet came into first team football with Martigues, a club who were then playing in the CFA, France’s fourth tier. Despite not having access to a quality academy, Reynet impressed early on, becoming a starter for the southern club at the age of twenty. Even playing at a relatively low level, Reynet was far from unambitious, even if he affected a modest outlook.

In a contemporary interview with Foot National, as Martigues led their group, Reynet reflected with a preternatural maturity on his future, even as strong links with Nice had emerged:

“It’s always a good thing to know that I’m being scouted by professional clubs, but for the moment, I remain concentrated on my performances with the club. I’m not going to ask myself about developing elsewhere; I’m under contract with Martigues, where I feel good. It’s true that I always have the goal in mind of playing at a higher level, but I’m at a point in my development where playing time is the most important; it’s important not to skip steps.”

Given how impressive David Ospina had been for Les Aiglons at the time, Reynet’s holistic perspective allowed him to make a move that, while it was certainly set to be a challenge, represented a more realistic stage in his development. Dijon had just earned promotion to Ligue 1 in 2011, but Reynet displaced the veteran Jean-Daniel Padovani. Despite relegation that year, he impressed enough to be called up a handful of times for Les Espoirs, France’s U-21 team, although playing time was hard to come by behind Ali Ahamada and his future Lorient teammate, Benjamin Lecomte. Still, though, all signs pointed to Reynet, still just 21, as being one for the future.

He was linked with a return to the south of France, with Marseille rumoured to be in pursuit, but again, Reynet was wise to turn down l’OM, with Steve Mandanda well-entrenched as the starter at the Vélodrome. He spent the next season, 2012-13 with Dijon in the second division, joining an ambitious Lorient side the next summer.

Things didn’t go as well in Brittany, though, as he failed to displace Fabien Audard in the first team, and was loaned back to Dijon the following summer after Lorient decided to place their faith in Benjamin Lecomte long-term. That loan became a permanent deal in the winter, with Reynet being used as a partial make-weight for the transfer of Romain Philippoteaux.

Humbled by being unable to succeed at Lorient, or with the U-21s, Reynet embraced this new move, and was named Ligue 2’s Goalkeeper of the Year last season, helping his first professional club win promotion back to the top flight. Even so, Reynet, doing well to bear in mind the frustration of his first season in Ligue 1, approached the current campaign with typical diffidence. On the subject of his perhaps being a leader for his club, given a lack of top-flight experience among his teammates, he told Foot 365:

“I wouldn’t say that. I don’t see things like that, even if I try to make the most of a situation. If I can support the young players, I will do so with pleasure, but I’m not going to try to play that role merely because I have more experience than them. I’m content to do what I do, while trying to help them a little when it’s useful. I can’t compare myself to Cédric Varrault, Florent Balmont or Marvin Martin, they have much more experience at a professional level; I will listen to them and pass on what is needed.”

That modesty, professionalism and quiet dedication recently saw Reynet’s contract extended through 2020, although whether that is to genuinely tie the player to the club or to extract a higher transfer fee should he leave is a matter of some debate.

Between the current campaign and last season, Reynet seems a different player, ready for a step up. Good in the air, and with the ball at his feet, Reynet isn’t the quickest, but he more than makes up for it with a strong aerial presence and good positioning, looking to his countryman Cédric Carrasso, as well as Manuel Neuer as role models.

That’s not to say that his shot-stopping ability is lacking, though, as he has pulled off some stunning saves this season, including in a scoreless draw with Bastia in October, where he made ten stops to earn what is increasingly looking a vital point against Dijon’s relegation rivals. Speaking to Winamax about that match, Reynet mused:

“In that type of match, you can feel a little invincible. But to be honest, I had my eyes on the scoreboard, waiting for the end of the match. Bastia really had a lot of chances, and it would have bothered me to concede a goal in the last five minutes.”

If Reynet does move on this summer, whether through his own ambitions or to fit the motives of a club bigger than Dijon, his rare combination of professional play and self-effacing demeanor make for a player whose development, both on the pitch and off, have begun to reach the potential Dijon had initially seen in him.

With the likes of Rennes in the hunt for a new goalkeeper come the summer, Reynet should have no shortage of suitors, and is sure to impress whether it’s at the Stade des Poussots or elsewhere.

Arsène Wenger has made a decision on his future