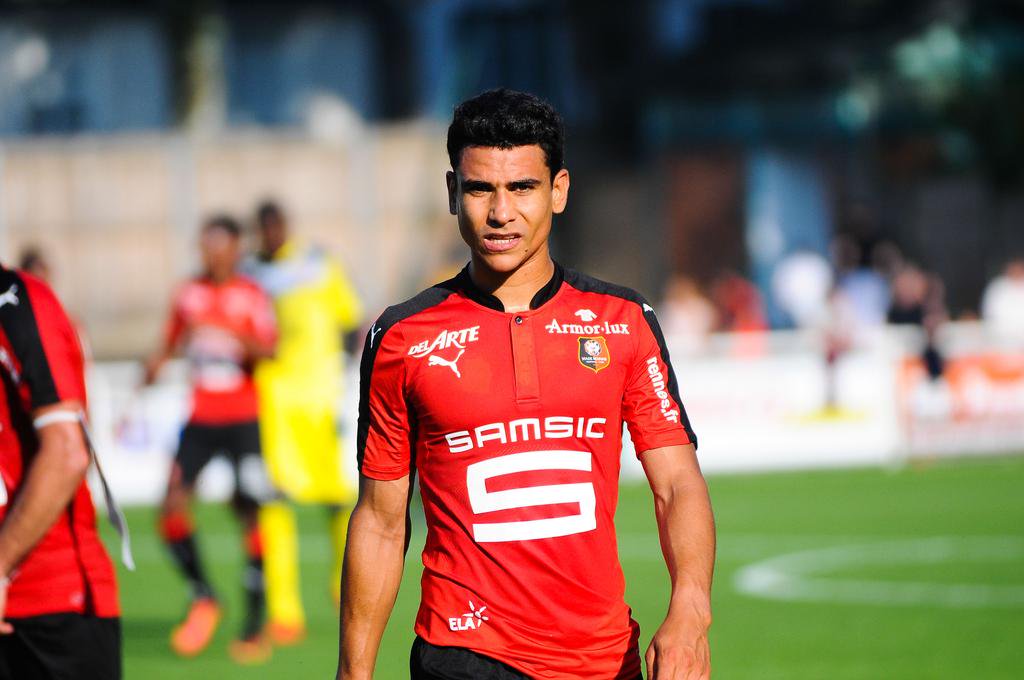 This “Under the Radar” piece marks a brand new series on Get French Football News, giving an in depth look into some of French football’s most underrated talents, individuals who deserve more of the spotlight than they have been receiving in both the French and world media. First up is Rennes’ midfielder Benjamin André.

Born in Nice, brought through the ranks at AC Ajaccio and now one of Rennes’ most consistent performers, the career trajectory of Benjamin André has not always been the most linear, but he could fairly be considered one of Ligue 1’s best-kept secrets. Born in Nice and brought through at Stade Raphaelois, he moved to AC Ajaccio in 2006, at the age of 16. Initially trained as a centre back, when his height topped out at 5′ 10″, he was moved to right back, then further forward into midfield. It was while with the Corsican side that he caught the eye of France U-21 manager Erick Mombaerts, earning a handful of caps for Les Espoirs.

AC Ajaccio still being in Ligue 2, André was surprised by his initial call-up, telling Corse-Matin, “Frankly, it was more of a surprise, than a form of recognition; I didn’t have this sort of pretension. But it’s great to learn I’ve been called up to the team, even if it’s only for a training camp with the best players of my generation. Being called up is one thing, but I don’t want to go for nothing. “ That spirit of determination had served André well to that point in time (October 2010), but his dreams weren’t realized at that point in time.

Despite evincing considerable promise in his few appearances, and leading his club side to promotion, André found his path to the senior national side, and even his continued inclusion with the U-21s blocked by a glut of talented midfielders in a similar age bracket. Future national team players such as Maxime Gonalons, Clément Grenier, Benjamin Stambouli, Morgan Schneiderlin and Moussa Sissoko stood in his way, and he never figured in a competitive fixture for Les Espoirs. Even in the face of this setback, though, he continued to impress with his club side; after that unlikely promotion, the team managed to stay in the top flight for three seasons, an equally improbable feat.

His solid performances and versatility impressed in a poor side, as he featured at literally every position except for centre back. Generally used on the right wing at AC Ajaccio, when the team were relegated, he moved to Rennes on a free, ostensibly as the successor to Romain Danzé at right back.

However, on his arrival, he suffered a thigh injury that kept him out for an extended period of time, and Danzé, far from being washed up, displayed good form, with youngster Steven Moreira looking a capable backup. Following his return, manager Philippe Montanier, in one of the few positives to be derived from his time at the club, converted André to a central midfielder. Playing in that position, usually in a 4-3-3, he became a regular in the run-in that season, 2014-15, and his performances have continued to improve in the time since, becoming the team’s most-used outfield player behind Danzé and Ludovic Baal this season.

His talents have also made themselves more apparent in this new role, especially under Gourcuff, who favors a more possession-based style. At Ajaccio, his role further forward, coupled with a team that sought to play on the counter, saw him record rather unimpressive statistics, but since making the switch to central midfield, his passing and tackling numbers have sharply increased.

Using his mobility and short passing to be a counter the more static and imposing likes of Gelson Fernandes, André has become a consummate box-to-box-player. His continued development is impressive, and he has, to some extent become a poor man’s Marco Verratti.

While not as cultured a passer or as adept with the ball at his feet, André shares a similarly combative style with the former Pescara player, snapping into to tackles (sometimes unwisely) and generally sacrificing his body. While Verratti is a simple enough comparison to make, the player, by his own admission, looks to Andres Iniesta as a model.

Given a handful of recent appearances on the left side of Gourcuff’s 4-4-2, he may have that opportunity, the veteran manager opting for more creativity in the absence of his son, Yoann. Continuing to improve, André has become the quintessential late-bloomer for Rennes, and recent rumours have linked him with a move away from Brittany, especially in light of the club’s recent slide.

André, though, isn’t ready to give up on the club, despite European football seeming increasingly an unrealistic target. Speaking after last weekend’s 2-0 loss to Marseille, he remarked, “We’re going to have to be back at it quickly; it’s been ten matches since we’ve won. We’re not afraid but we have to avoid hitting the wall; fighting is the only way out of this.”

With his improving play, aggressive style and remarkable candor (far from a fan of social media, he prefers playing cards and going to films to video games), André’s decidedly old-school approach has impressed many in Brittany; could he be ready to take the next step in his career this summer?