UNDER THE RADAR | Renaud Cohade 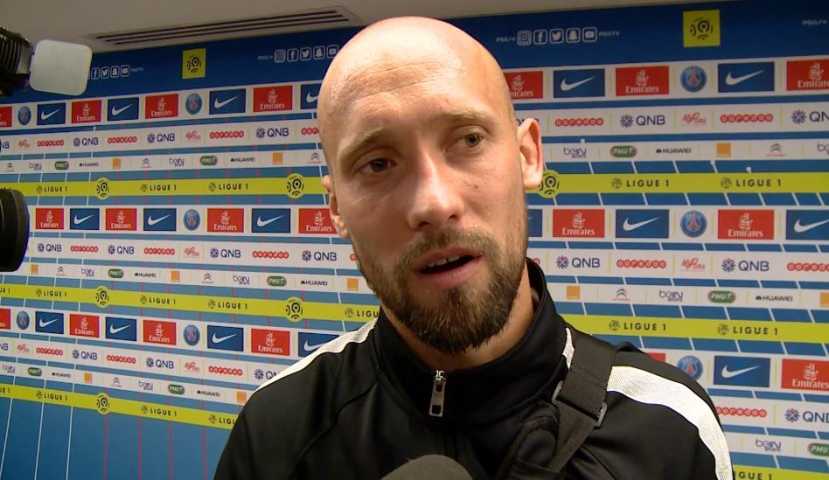 When Renaud Cohade’s 2014-15 season was cut short due to injury, there were not a few murmurs about the Saint-Étienne man’s career potentially coming to an end, at least at the highest level in Ligue 1. He had played every match in his first season with Les Verts, 2012-13, but the arrival of Benjamin Corgnet from Lorient had already begun to eat into his playing time.

That season, he had still been a regular, but starts were more infrequent, and when he was removed through injury, against Paris Saint-Germain, there seemed to be a particular irony, as Cohade was being given the start in a more attacking role. While he had made his name at Dijon as a box-to-box midfielder, he was often used in a midfield two with Sainté, with opportunities to play further forward often coming as a result of Corgnet’s injuries.

Even though he has generally been used as a more orthodox no. 10 at Metz this season, Cohade’s attacking gifts were largely unrecognised by Christophe Galtier, through a combination of his own injuries, the manager’s defensive philosophy and tactical intractability.

Originally a Lyon academy product, Cohade had a fairly peripatetic career prior to joining Strasbourg in 2006, breaking through with Nimes, then in Ligue 2, before short spells with Bordeaux and FC Sete. A move to the struggling giant saw his career finally begin to take wing, helping the team win promotion that season.

The club’s spell in the top flight was short, suffering immediate relegation, and Cohade missed the last third of the season with a groin strain. A return to Ligue 2 proved no obstacle for the midfielder, though, as he took the club’s faith in him to heart, being named to the team of the year and missing out on promotion only in a heartbreaking final day loss to Montpellier.

Cohade has repeatedly demonstrated his gratitude for Strasbourg, and continues to return to the area to see matches, attentively following the team’s progress as they seek another promotion, back to the top flight. While Strasbourg didn’t return to Ligue 1 that season, Cohade did, joining Valenciennes in the summer of 2009.

While never a European threat, La VA were an impressive proving ground during Cohade’s time at the club, with Philippe Montanier leading a young team that included players such as the future Colombian international Carlos Sanchez and Milan Bisevac. Cohade, though, was generally considered to be one of the team’s best players, especially in the season prior to joining Sainté, leading the team in both scoring and assists as the Swans finished in an impressive 12th place.

During his time with Les Verts, who he had joined on a free transfer in 2012, dissatisfied with the direction the team took after Montanier’s departure, Cohade was tasked with taking a more negative approach. This was something which surely wore on his mind after the freedom with which he had played at Valenciennes, even as the team regularly qualified for Europe and won the Coupe de la Ligue in his first season. The opportunity to get out from under Galtier’s somewhat dull, workmanlike aesthetic was thus all-too-tempting for Cohade, who moved on a free transfer this summer, signing a three-year deal.

Signing with Metz carried some degree of risk ahead of the season; the club were poor indeed in their last spell in Ligue 1, and most experts tipped Les Grenats for a similarly short spell in the top flight this time around. Even with contact from Nancy, another promoted side, Cohade was confident in the project, seeing the promise in the team’s youngsters (Ismaila Sarr, Opa Nguette) as well as a chance to be an elder statesman alongside the likes of Yoann Jouffre and Franck Signorino.

In the summer, he was asked by France-Bleu if he had any doubts over signing with a promoted side after four seasons in the security of Saint-Étienne. His response left no doubt over his belief in the club, “No; we saw last year that the promoted sides can have good seasons, like Angers. It doesn’t make afraid to sign with Metz, on the contrary. It gives me confidence. It’ a young group, but one of quality, as I’ve discovered.”

He has done quite well in this new, more attack-minded role; while he hasn’t recorded any great number of assists (four, only one from open play), that may have more to do with his teammates’ finishing than his creativity. Too, Metz’s play can often be wing-based when Yoann Jouffre is fit, given the former Lorient man’s passing abilities.

However, with Jouffre’s fitness being somewhat of a punchline in recent seasons, Cohade has been eager to take that mantle, even if there is more to his style of play that creativity. While he leads the team in assists, he also leads the squad in tackles and bookings; the only matches he has missed this season have been through suspension rather than injury.

Cohade is 32, and this number of bookings does speak in some way to a player whose pace is beginning to fade, even as his overall physical condition remains good. There is some level of frustration as to the number of matches he has missed, but this drive and combative style also serves as a good example to the squad’s younger players.

With Cohade covering so much ground and doing well to link play by playing a sort of combined box-to-box and creative role, his determination has been as integral to Metz’s recent revival as the goals of Cheick Diabaté.

At this point in his career, Cohade looks like he will never get a move to a big club that had been rumoured five years ago; Lyon, during their period of austerity, had looked at him as an alternative to the oft-injured Yoann Gourcuff. Still, though, he has shown this season that he still has much to offer, being comfortably the club’s best player, especially during a key run of form in January that saw the team edge out of the bottom three.

Metz face Lyon in two weeks’ time in the replay of the infamous firecracker match, postponed from December, a beginning of a brutal stretch that also has Les Grenats facing Paris Saint-Germain and Bordeaux in the space of four matches. While a clutch win against Bastia last Friday probably assured Les Grenats‘ safety, there is no reason to expect the team to let off just yet, and tuning in to see the veteran in action against the league’s top sides looks a worthwhile distraction from the Champions’ League.

UNDER THE RADAR | Ronny Rodelin

UNDER THE RADAR | Baptiste Reynet

Laurent Koscielny: “Arsène Wenger made me.”