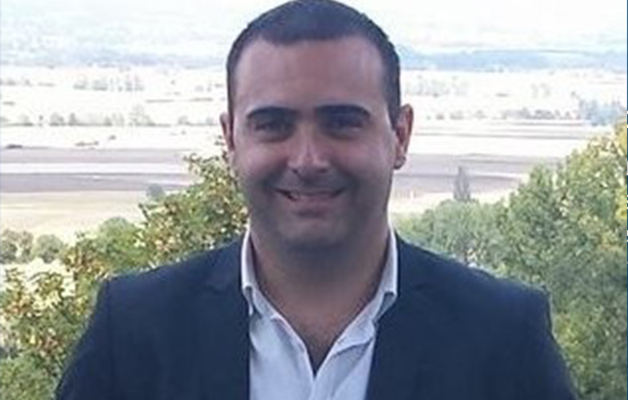 How did you first get into scouting?

I had wanted to become a professional footballer when I was young, but it soon became clear that I didn’t have the ability to make it. When I turned to scouting, the objective was always to go to England. I started at Nottingham Forest in 2008, and then I went to Manchester City in 2010 after passing several interviews.

What does an average day as a scout consist of?

It depends on whether you’re working part time or full time. Part-time scouts are more likely to be spending their time down on the pitch watching games live, whereas full time scouts also get involved in video analysis. We’re also on the move a lot to go and watch games around the country, be it to watch youth players or professionals.

Is there an ‘intangible’ element to scouting future stars, that doesn’t jump out straight away?

When you’re scouting, there are both tangible and intangible elements to look out for. A lot of it depends on the age of the player. For instance, when looking at a 12 year old there is a higher margin of risk compared to a player who is older. You don’t know how they will continue growing physically, how their development as footballers will turn out, or whether they will have a major injury in that time, for example. Because of this, the intangible element involved in scouting reduces the older the player is.

How important is the philosophy of a club in how a scout operates?

The DNA of a club is very important when it comes to the way in which we scout. In many cases clubs even recruit scouts based on their specialities and vision, so that they best match that of the team and its needs. At Manchester City the project of the club is not really that hard to sell to young players, but it is still important for us as scouts to be able to anticipate and project ourselves to the future when looking at them, as well as being able to read the market.

Over the course of your seven years at Manchester City, how have you witnessed the club change?

It’s completely changed. I arrived one year after the new investors arrived, and since then the club has turned from mid-table to billionaires. It’s also become a group – City Football Group. While I was at the club, I was involved in the transfers of French players such as Samir Nasri, Olivier Ntcham and Seko Fofana.

How did your role change once the City Football Group was formed?

In terms of the types of players I had to scout for City, not much had changed and I was still looking at the same players in France that clubs like Manchester United or Chelsea would have been looking at as well. On the other hand, we had also become ‘European Football Consultants’, and in this sense our role was much wider as we had to scout not only for Manchester City but other clubs around the world that were part of the group. This meant we had to be aware of the football culture and needs of teams in Japan or the US. Here, I had to develop a more global and cross-disciplinary vision of scouting, which meant for example taking into account salary caps when recruiting for the MLS.

You’ve recently set up your own scouting school, what was the decision behind that?

I often find that people in France are still confused over the distinction between a scout and an agent. In general, scouts are underappreciated here in France. For example, in other countries such as Spain and England, you get qualifications to become one, whereas in France there is nothing of the sort. Scouts aren’t as appreciated here as they are in England.

It’s less of a training course and more what you would call in England an ‘insider’. I want to give football passionate people an insider on what the job of a scout is really like, as there aren’t any other opportunities to do so here and you have people giving the profession a bad name. Over course of the day I aim to give people some context and a general understanding of scouting, and we work on themes such as finance, sporting laws, and how to develop potential. I wouldn’t sell myself as a teacher, but it’s more than just throwing anecdotes around over a coffee.

Lyon have been offered Marlon