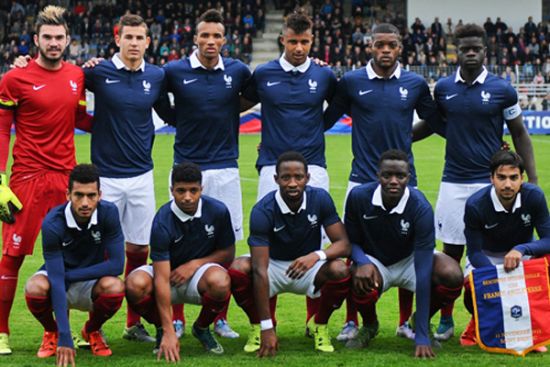 Speaking exclusively to Get French Football News, Alain Revello, the President of the world’s largest and most prestigious annual youth football tournament, the Toulon Tournament, discusses the preparations currently underway ahead of the 46th edition of the competition which will get underway at the end of next month.

The tournament welcomes national teams at U21 level by invitation only.

What does the organisation of the tournament consist of?

The Maurice Revello tournament allows us to bring together international teams from around the world in a friendly atmosphere, where there’s no pressure, so that young players are able to fully express themselves on the pitch. What I mean by this is to give them freedom in the way they play, which is something we can see in the amount of goals that are scored each year. There is no pressure from media, even if it is still important to win the tournament.

When organising the tournament, we look to bring on board a selection of countries from Europe, America, Asia and Africa. We’ve also been looking to get Australia and New Zealand to come. Nevertheless, this year we have a great line-up, including England, China, Japan, Qatar, Mexico and France.

And what about logistically speaking?

That side is very important, especially since for two years now we’ve moved the tournament to the Bouches-du-Rhône département, so we rely on the councils of towns we play in, such as Aubagne, to ensure we have good quality pitches as well as training grounds for the teams. We have to call on the towns around us for these, while making sure that they’re not too far either so that the teams don’t have to travel much. It’s something that we prepare of the course of a year.

How do you see the tournament’s role in the context of world football?

For me, all you need to do is look at the numbers. It’s no surprise that every year you have between 120-130 scouts at the tournament. Among the best players that have played here you have Zidane, Cristiano Ronaldo, Beckham, Henry, etc.

When you’re in Europe, the only chance you have to watch Asian, African or America players play is in the under-20 World Cup or the Olympic Games, and not every generation qualifies. So, we give young players – and even young referees – who would not be seen elsewhere the chance to be discovered. That’s what’s important about the tournament, and it gives them the chance play in a context other than those tournaments, while also preparing for them.

What have been some of the most memorable moments in the history of the tournament?

If we go back chronologically it would have to start with that final in 1975 between France and César Luis Menotti’s Argentina with the likes of Passarella, Tarentini and Gallego playing – that was the first big moment. Then we’ve had eras where France won several years in a row, and then an English generation that came through later on. England then dropped off a bit but now they’ve come back and they’re looking to clinch their third title in a row this year, something only the French have managed to do before.

The tournament’s also had its South American years with Brazil and Argentina winning. In 2008 we saw the start of Marcelo Bielsa’s Chile side in Toulon, and more recently there was the year that James Rodriguez was player of the tournament with Colombia.  The recent France-Brazil final featured the likes of Marquinhos and Doria on one side and Rabiot and Bahebeck on the other, so that was a big moment as well.

The last two years have really been exceptional, and the English have done a fantastic job with regard to their youth teams. I think that they owe this to Gareth Southgate, who understood the importance of winning this tournament before he became the first team manager.

Do you think that the presence of so many scouts from big clubs at the tournament does put some pressure on players to perform?

What are your plans for developing the tournament in the future?

We’ve already done quite a lot recently. We’ve gone from ten teams to twelve, we’ve moved the tournament location and we’re launching the women’s version of the tournament this year. What we try to do each year is find a balance between all the continents, so that the teams are able to discover each other’s football. If there’s one thing we want to make clear, it’s that we would like to bring in Australia and New Zealand. To extend the tournament as much as possible across the footballing world. We still have a lot of African countries who haven’t come, and we’d like for North African teams such as Morocco to come back.

We would also like the South Americans to come back, especially looking at the difficulties Argentina find themselves in at the moment. They have players who struggle to break through in youth teams as well as the first team, and this might be because they’ve forgotten to play youth tournaments like ours. If a financial effort has to be made for the sake of bringing through young players, then so be it.