Exclusive | The next Mohamed Bouhafsi? RMC transfer reporter Loïc Tanzi: “You have to be certain of your sources.” 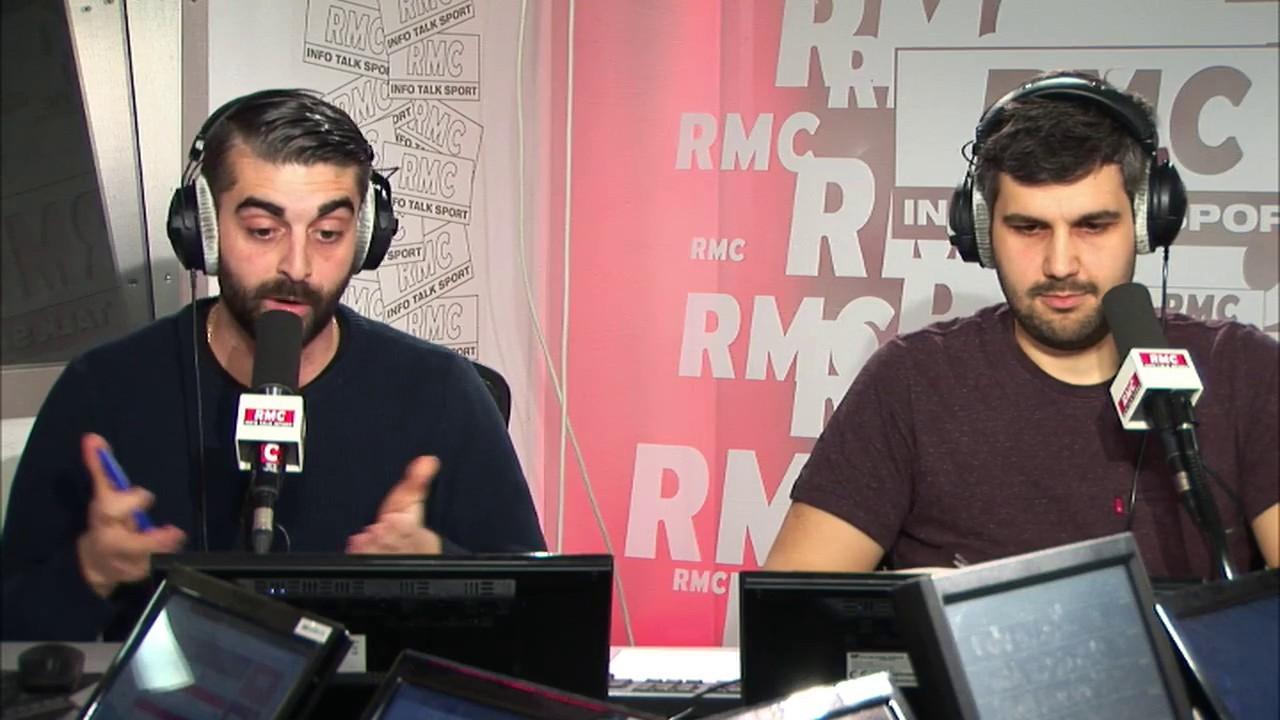 Speaking exclusively to Get French Football News, Loïc Tanzi, a journalist working for RMC, discusses the pains and pressures of being a transfer window reporter and talks us through some of the hottest current situations.

How does a typical day play out for you as a journalist during the summer window?

When I arrive at work in the morning and we all have an initial meeting to run down the order of the day, be it transfer related or not. Then, those of us working on transfers have our own meeting where we discuss the specific stories that we’re each working on, be it related to a specific club, player or transfer. So we do a round up of each other’s different cases that we’re reporting on. After that, we all go off to work separately.

I usually set up my meetings with people at lunch and then spend an hour at my desk making calls, collecting all the information I can. Later in the afternoon we have another meeting where we go over where we’re all at concerning our reports. We check over and release the stories that we’re confident about at that moment. From then on, it’s more of the same until the end of the day, with more meetings with other football people later on. That’s how my average day goes.

Are you often under pressure to give the right information?

Yes, it’s part of the job during a transfer window; there’s a fair bit of pressure for us to get information out as soon as possible. But this pressure is the worst, because we tend to want to rush things during a transfer window, which can go wrong when you’re releasing something. You have to be certain of your sources and of what you’re publishing – if possible check, with another source.

Even if that same information has been published somewhere else, it’s still best to check it before publishing, because it could still be wrong. Nine times out of ten we will be right, but it’s that tenth time that people will always remember. Pressure definitely isn’t a good thing to have during the transfer window.

What do you expect from the French and English markets this summer?

This year is special as it’s the first time that the English window will close on the 9th August, while the French one will carry on until the end of the month. On top of that, it’s a World Cup year. So I think that between the 15th July, the end of the World Cup, and the end of the English window, we’re going to have three very intense weeks full of transfer negotiations. This is because the English market is the one that triggers the rest of the European markets. The fact that English clubs spend great sums on transfers triggers a domino effect that means that clubs want to rush to get their business done.

It brings money into French, German and Italian clubs and sets the market in motion. After the 9th August, clubs won’t have to sell for big money to English clubs so French clubs for instance will be buying players mainly after this date, which they’ll have another 2-3 weeks to do. The money will be coming into the coffers at this time. This is what we’re expecting with Fékir, where the transfer will happen between the end of the World Cup and the 9th August.

PSG’s young talent Yacine Adli was seemingly set to sign for Arsenal a few weeks ago, only to then sign his first professional contract at PSG in the end. How did this situation play out?

Yacine’s has been particularly exceptional case, at a time when many young players are leaving PSG. A few clubs had been interested in him, notably Arsenal. It depends on the source – some of them were saying that he’d agreed to sign but then turned around and decided to stay at PSG, but those closer to him said that it wasn’t a U-turn and that he hadn’t agreed anything with Arsenal – he simply had the two options on the table but decided to stay at PSG.

This is a specific case where you have to be careful, as you could have rushed things and said that the transfer was done, as I did, but in fact nothing had been signed. Paris took a hold of the situation, a lot of things happened behind the scenes and in the end Yacine decided to stay.

Nabil Fékir seemed set to sign for Liverpool, but the transfer eventually failed to materialise, what circumstances led to this turnaround?

Again, this one is a very particular case. According to what I’ve been told, Fékir had had an agreement with Liverpool for a long time now, and it’s the club where he wanted to be playing next year. Everything had been sorted but the minor details – in transfers, the fee is often very quickly sorted out, but the small clauses take up a lot of time to negotiate, the ones that involve an amount being paid based on appearances for the national team, for example. All of that was sorted towards the end, right before he left for Russia.

Then the Liverpool medical team came to Clairefontaine to conduct the medical, and it’s at that point that the sources diverge. We know that Liverpool at that point stopped discussing the transfer, even though up until that point they had been quite open about it. Some sources say that the medical had not gone well because of his knee issues, although that would surprise me; I don’t see why he can go play a World Cup with a bad knee but not for Liverpool next season. Others say that it’s because either his agent or Jean-Michel Aulas asked for more money towards the end. It’s hard to know who’s telling the truth.

What I’m sure of, is that that the saga isn’t over. Liverpool will come back for Fékir at the end of the World Cup because he’s a player that Klopp’s been interested in for a while. I don’t what the sticking point was, whether it was a financial or medical problem, but if it had been medical, Liverpool would have stopped the transfer right there and then, but at the moment negotiations seem to be going on. There’s a possibility that they’re using his knee as a means of paying less, but in the end, they have the money and they know he wants to come.

What’s your opinion on the transfer market between Ligue 1 and the Premier League, which seems to be one-way traffic?

It’s starting to change since this summer. We’re getting young English players going to Ligue 1, like Jonathan Panzo who’s gone from Chelsea to Monaco, and there are other French clubs who are trying to sign young English players. Usually, it’s English clubs signing young French players. It’s been mostly one way, but more and more young players who know they aren’t going to get any playing time in England are moving abroad.

This is a recent development which is down to Gareth Southgate, who’s been telling young players that they shouldn’t hesitate to move abroad if they feel they can play there, because it’s good for their development and that they can always return to the Premier League down the line. You often see French, German or Italian young players go abroad, but English players doing this is a recent phenomenon. Gradually, French clubs will be able to sign Premier League players, but the best Ligue 1 players will always go to England because over there their wages are doubled or even tripled.

Do you think that the recent TV rights deal Ligue 1 has signed will help to overcome this difference?

The deal will only come into effect in two years’ time, and who knows whether in that time the Premier League will renegotiate their own deal and gain even more money? It’s difficult to know where the Premier League will be with regard to this. We know that Ligue 1 will be receiving 1 billion euros between 2020 and 2024, but it’s not certain how much the likes of the English or German leagues will be gaining in that period of time as well. It’s a great sum of money and good news for French clubs, but we have to be careful and see where we are in relation to other leagues.

What have you made of a potential departure of Tanguy N’Dombélé from Lyon?

N’Dombélé’s case is one where he arrived from Amiens last season having not played in Ligue 1 before, so he has a contract that reflects that. He’s had a great breakthrough season, and he’s now one of the mainstays of the team, but he still has the contract of a newcomer, one that doesn’t reflect his status within the club.

Ferland Mendy was in the same situation, so Lyon renegotiated his contract on the basis of his good season, so he’s signed a contract extension. The same thing is happening with N’Dombélé, and he has a lot of clubs who are watching him. This was the case with Mendy, with namely Barcelona interested, although they never made a concrete offer or held discussions with Lyon.

For N’Dombélé, there have been several discussions between other clubs and his agents and Lyon, which means the contract renewal discussions drag on. In this case, he has the leverage to ask for a higher wage, or ask that if he has a good season next year he be allowed to leave. At the moment it seems that he will renew his contract and stay another season rather than leave this summer. Even if there are other clubs interested in him, he and his entourage know that he only has one season in Ligue 1 under his belt, and that he should stay. It’s just a question of time now, it can’t be done in just two or three weeks because this is a player who’s in demand – he might even be playing for France next season.

What have you personally made of this World Cup so far?

On the whole, I’ve been pretty disappointed with it. That might be because I’m not over there and that this time round I’m following it from my TV, but I haven’t enjoyed the level of play – every match seems to be the same. One team is attacking while the other parks the bus. There’s been a few great matches, like France-Argentina or Spain-Portugal, but overall, it’s been a disappointment.