FEATURE | Bordeaux’s Mid-Summer Madness: from new American ownership to Gus Poyet protesting by playing a midfielder as a striker 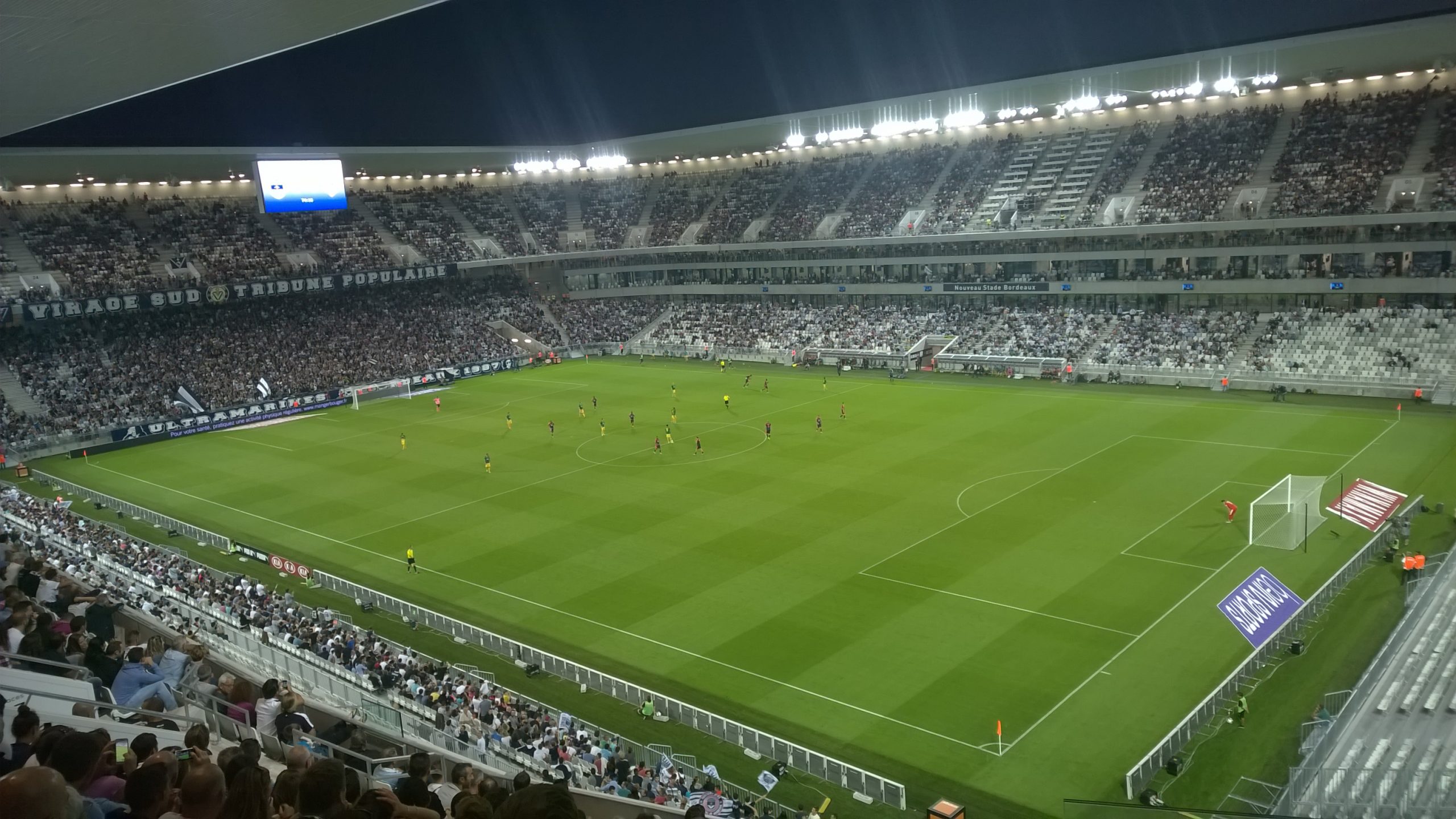 If Antonio Conte’s public spat with the Chelsea board was a particularly damaging affair that resulted in the sacking of the Italian, the fracture between Gus Poyet and higher ups at Bordeaux will have seemed even more chaotic.

The Uruguayan manager arrived last January with the club in the midst of a crisis which saw the sacking of Jocelyn Gourvennec, captain Jérémy Toulalan terminating his own contract and the team languishing in 15th place. By the end of the season, his passionate coaching and rejuvenation of the starting eleven reaped its rewards as the club pipped St Étienne and Nice to the final Europa League spot.

Nevertheless, with the new season a couple of weeks away, no additions have been made to a squad that has lost some of the key players in the revival of the back end of last season, such as midfielder Soulaiho Meité and Martin Braithwaite.

As of the 1st of August, Bordeaux were the only club in the top 5 leagues not to have signed any player at all. This has irritated the ever-outspoken Poyet, who has publicly laid the blame for the lack of arrivals on the board through recent press conferences and, more inventively, in his team selections.

Such was Poyet’s desperation for new arrivals that his starting eleven for a Europa League qualifying match, the first leg against Latvian outfit Ventspils, took an unlikely shape. In what seemed to be a message to the management regarding his striking options, the Uruguayan lined up box-to-box midfielder Younousse Sankharé to spearhead the attack, despite having strikers Gaëtan Laborde and Nicolas de Préville on the bench.

While they would go on to win, Poyet’s statement was not well received by Nicolas de Tavernost, president of the French TV channel M6 that owns Bordeaux. Speaking to regional newspaper Sud-Ouest, he lamented that his manager was “risking European qualification over a message”, and that “we can’t let this sort of thing become a regular occurrence […] if he hasn’t got my number, then Stéphane Martin [club president] can give it to him.”

Although this wasn’t the first of Poyet’s publicly aired disagreements with the management of the club, there have been indications that the situation is more complex and that the blame lies with both parties. An article published in Tuesday’s L’Équipe, transparent in its support of de Tavernost, lays part of the blame for the lack of recruits on Poyet’s indecision.

The club’s scouting team had reportedly handed him a 30-man list of players they recommended at the start of the summer, none of which were of interest to the Uruguayan. One such example would be Croatian international Filip Bradarić, who was passed on by the manager and now looks set to sign for Cagliari, his compatriot Darijo Srna having convinced the midfielder to join him in Sardinia.

It’s to the backdrop of this public fallout between manager and management that Bordeaux has become, as of last week Friday, the latest French club to come under ownership from outside the country. Undoubtedly a relief for Poyet, who had been teetering on the brink of a sacking under M6. The sale to American investment fund GACP will be made official under the city authorities come October, and in the meantime the club’s transfer dealings will be overseen by both new and old owners in a transitional phase.

The second of its kind to invest in Ligue 1 following Marseille’s change of ownership in 2016, the group fronted by cofounder Joseph DaGrosa will look to play on the city’s wine-based international reputation and provide additional funds in the transfer market, with a likely view of selling the club off again in the near future for a quick return on their investment. With Ligue 1’s new television rights deal coming into effect from 2020, it’s no wonder that that the league is garnering more interest from abroad and that M6 were able to command such a high fee – 100 million euros, more than twice that of Marseille’s sale.

Nevertheless, the prevailing sentiment among fans remains one of ambivalence. Despite their inaction in the transfer market of late and reluctance to invest in more than what is strictly necessary, over the course of their 19 years at the helm M6 have, to their credit, presided over a relatively successful period in the club’s history, including two league titles.

Even in difficult periods, notably the years following Laurent Blanc’s departure, they have kept the club afloat and competing for European places. M6 has always been a constant, anchoring the club at the very least in the top flight all while keeping familiar faces both on and off the pitch.

This stability is now under threat as GACP look to overhaul the structure of the club and mould it in the image of their team of football experts. With the club’s online channel Girondins TV already taken off the air, the club’s 200 or so employees face an uncertain future as a result of the takeover.

Among the high-profile names at risk of being replaced by one of Joe DaGrosa’s men are, ironically, Poyet himself as well as Director of Football and former goalkeeper Ulrich Ramé, who will be forced to take a back seat as former Porto manager Jesualdo Ferreira takes charge of transfer dealings in the future. Stéphane Martin, on the other hand, appears to have been spared, while other associates of GACP who look set to work on the Bordeaux project include ex-Liverpool CEO Ian Ayre and former agent Hugo Varela.

According to a piece published in this week’s France Football, one of the aims of DaGrosa’s project on the sporting side of things is to follow a model similar to that of Porto or Monaco, wherein the transfer policy going forward will be to put an emphasis on young players with potential with a high potential resell value.

The estimated transfer budget the new owners are set to spend on this operation would be in the region of 80 million euros over a period of three years in addition to the current budget. Poyet will invariably hope that this budget increase will afford him more ambition in improving his squad.

However the technicalities of the sale of the club play out, fans will be hoping for an end to the internal conflicts and for Bordeaux to finally develop a coherent recruitment policy. The squad, more so than ever with the sale of Malcom, is in dire need of reinforcements if Bordeaux are to make the most of their European appearances in seasons to come and return to the elite of French football. Nevertheless, they can be sure that with the arrival of GACP the club will be shaken up from top to bottom, for better or worse.